Will Phil Heath Do The 2021 Arnold Classic 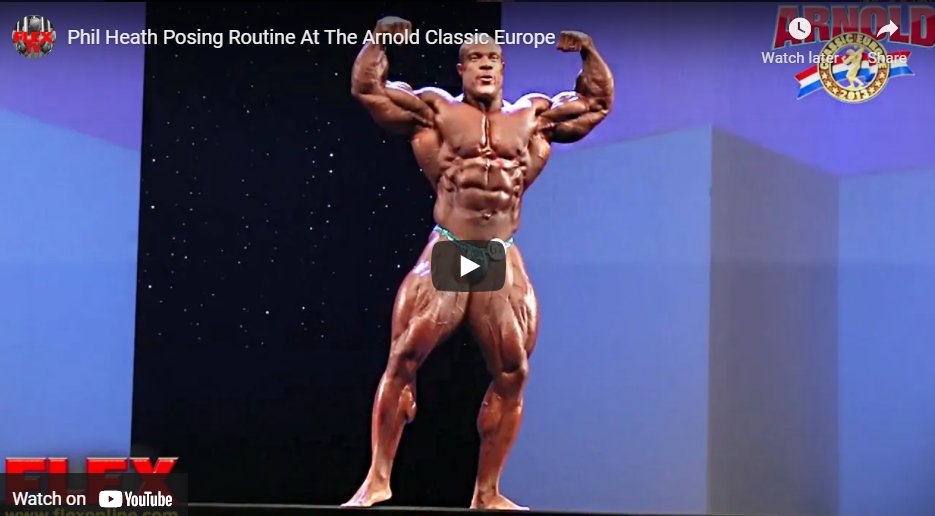 With the announcement that the Arnold Classic had a hard date (9/25/2021) and would remain in Columbus, OH, fans couldn’t contain themselves from the excitement. This really is huge because unlike The Olympia, which will be held for its second year in Orlando, FL, The Arnold is happening in 2021 and it’s not leaving Columbus. If you guys recall – I mean how couldn’t you – the Arnold is where it all got started. Who can forget the poor Arnold amateur competitors going to bed in 2020, not knowing if they’d have a show to compete in, the next day. The expo was cancelled, lockdowns were starting, and within days from the event, the world as we knew it, simply stopped.

Now, on the other side of the pandemic, to see the Arnold happen – at home – brings back a certain level of normalcy that we’ve all been yearning for. This is, after all, the second most prestigious contest on the pro circuit. Not only is this contest the namesake of the most recognizable bodybuilder in the history of the sport, its winners have always gone on to achieve major victories in the sport. That being said, there’s some nuances about this particular event which make it stand out and which is why I’ve decided to pen this article. Unlike all other Arnold’s before it, the 2021 Arnold will be just about two weeks prior to the 2021 Mr. Olympia. That’s significant because this year’s event will not be an Olympia qualifier. Those who compete in it, will get qualifications and points towards the 2022 Olympia.

The 2022 Arnold Classic is said to be in Columbus, OH, at the normal early March date, next year. It seems, at least to me, that both the 2021 and 2022 Arnold Classics will have a direct impact on the 2022 Olympia. This means that we could see two different Arnold champions crowned before one Olympia. That’s definitely going to be interesting. With regards to the 2021 Arnold, it’s anyone’s guess who will compete, but I’m of the opinion that we may see Phil Heath on stage, and here’s why.

The Arnold Classic would be the perfect place for Phil to formally retire. I don’t think he was quite ready to do so at the 2020 Olympia; in fact, if you guys recall, there was a documentary being filmed around The Gift’s comeback. There was also talk of Phil doing Athleticon, although that never materialized because of the pandemic. Further, there was a great deal of pressure on the 7x Mr. Olympia and I suspect that his prep was unlike any other. Whereas he’d been the favorite to win every contest he entered, particularly from his first Olympia win, that all changed when he was upset by Shawn “Flexatron” Rhoden at the 2018 Mr. Olympia. From there, he skipped the 2019 season, largely, as he had said he would. That year allowed people to forget how great Phil had been.

There were years where Kai could have legitimately won – even though he didn’t – and in 2016 Rhoden looked very promising, but no one could take away Phil’s many achievements and how high he set the bar. That being said, between his loss in 2018 and his time off from the stage in 2019, saw the sport change. After Rhoden’s legal troubles and the crowning of a new Mr. Olympia, the idea Heath would return, started to seem similar to that of Kai Greene comebacks. It was something that was discussed, but not taken seriously. In fact, even when 7x 212 Champion James “Flex” Lewis announced he’d be competing in the open category for the 2020 Olympia, no one really thought Heath would follow suit. Dan Solomon, Chief Olympia Officer, met with Phil and started promoting the idea of 4 Mr. Olympias on the same stage. To a lot of people, there were greater chances of Rhoden up there, than Phil.

Bodybuilding is really pretty unique in this regard. There’s guys who haven’t competed in 20yrs, who fans think could just jump on stage, like nothing. Meanwhile, a guy could be off the stage for 1-2 years and the mere suggestion he’ll return, is greeted with varying levels of skepticism and downright shot down by those being addressed.

Once Phil announced he’d compete, no one had any major doubts. He had changed his modus operandi, humbled himself a bit, but in the end, his bravado came out. He wasn’t doing this show like Cutler had in 2013, he was coming to win, and he looked really good. He wasn’t as good as in his prime, but he made a lot of big promises and he delivered on those. Nonetheless, he didn’t win, and with Dexter Jackson retiring and being joined by his whole family on stage, I don’t think Phil wanted to steal his thunder. I also don’t think Phil was ready to retire at that point; and who knows, maybe he’s not ready to retire in 2021, either. That being said, if he wanted to end his career on a high note, I think the 2021 Arnold Classic would be the way to go.

I have to disagree with Nick Miller (aka Nick Strength & Power), who’s under the impression that the 2021 Arnold will draw a who’s who of top Olympians. What NSP may not be willing to concede, is that the peak for the Arnold isn’t much different than that for the Olympia. While guys doing the big dance will be in shape, I don’t think they will want to run their bodies through the taxing peak weak process, twice.

It isn’t so much the diet, rather, it’s the diuretics that may be employed. I can’t imagine a top guy wanting to go through all that, only to do it all over again in two weeks. Aside from the stress on the body, I think it’d be too much of a gamble to plan a prep around two contests, as opposed to one. That’s a feat that very few coaches/competitors could do. It has nothing to do with hard work, as much as it being something that’s never really been done before.

Imagine if a top Olympian brings their best to Columbus, but looks slightly off for Orlando. Then what? What’s a win at the second biggest contest, if you lose at the superbowl of bodybuilding? I would be absolutely shocked if we saw Hadi Choopan, Brandon Curry, or much less, Big Ramy competing at the 2021 Arnold Classic. I think it would be utter madness. I also can’t imagine that top contenders like Roelly Winklaar, William Bonac, or rising star Akim Williams, would put their Olympia prep to chance.

I mean, look at Akim. After a career of paying his dues, he finally breaks into the Top 6 among the best. Why on Earth would he play his luck and try to peak twice, that close? His best plan is to win in Chicago (which is what I think he’ll do) and then hunker down for the Olympia, where he could place higher than 2020. When you’re 6th one year, any move up is huge. He could be 5th, 4th, or make it really big and break into the Top 3. I just can’t imagine anyone from the 2020 Top 6 chancing a win at the Olympia just to make some money at the Arnold Classic.

By the time the Arnold happens, Olympia qualifications will be closed, and if I’m right, most of the top guys won’t be competing. What I think we’ll see is 2nd and 3rd tier pro’s, maybe some masters guys, and maybe Phil Heath. I’m not saying Phil can’t beat top Olympians, but if I’m right and he competes at this level, he could enjoy himself on his prep, he could give the fans a lot of bang for their buck, and he could win some big money. Afterall, even without the expo, the promoters are still offering over $400,000 in prize money. That’s mighty big of them. Phil could win a lion’s share of the pot, totally dominate the competition, and deliver a moving retirement speech that would be seen by the entire world. I could totally see him making the announcement that he wants to compete and him getting the invite, immediately. That’s the other thing, the Arnold is an invitational, but unlike previous years, I could see a lot of the invites not being accepted. The stakes are just too high, but they may be perfect for others.

I really, truly, believe Phil is probably looking at this contest closely. The question is, will he try to get on this stage (for all the reasons noted) – or – will he make another run at the Olympia? The other possibility is that he simply doesn’t compete anymore. Maybe he does like Kai Greene – or – maybe he does something totally different. The truth is, the possibilities are endless.

Do you think Phil will compete in the 2021 Arnold Classic? Why or why not?