Will Big Ramy Hold Onto The Title for Years To Come? 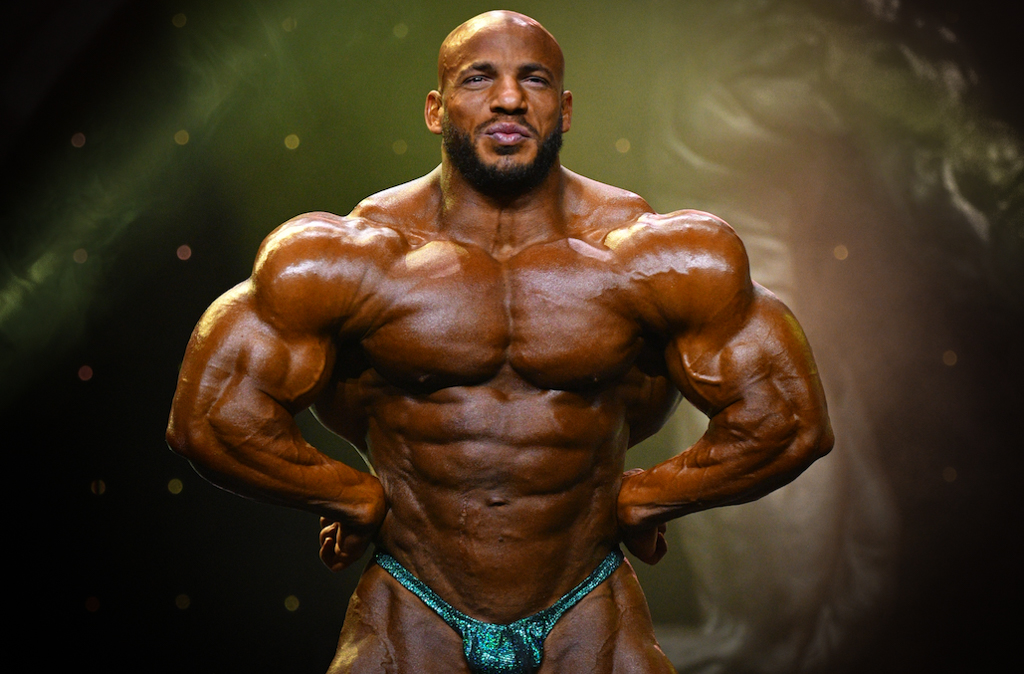 Here we go, folks!! Are you ready? Big Ramy hasn’t been Mr. Olympia for two weeks and now you have a cluster of industry insiders saying Ramy will hold the title for years to come. Let’s break this down. For starters, it took Ramy six tries before he was able to put everything together – and – he was the only guy on that stage who didn’t earn the right to be there.

For all the talk the bodybuilders do, looking down at qualifying through points, getting a special invite has got to be the all-time worst, right? Not only didn’t you win a contest or rack up enough points, but you were the only guy who needed a little extra help to get there. I don’t know about you, but I have a feeling a lot of guys (secretly) aren’t too thrilled about that. The fans, many of them, could care less. I’d like to qualify that last statement if I may, with just one clarification. The readers of Iron Magazine are a discerning bunch, so please don’t think I’m lumping you in with fans who are just now discovering Jay Cutler beat Ronnie Coleman in 2006 or Flex Magazine no longer publishes a magazine in the United States. There’s fans and then there’s hardcore fans. Hardcore fans, care, regular fans just see muscular physiques on stage and hoot and haller just to see a muscle fest.

The media also cares, but they want hits, and to see Big Ramy finally put it all together, probably makes them extremely giddy. Ramy’s English is limited, he won’t be Stateside much (probably even less than Dorian during the 90’s), and I suspect he’ll be out of sight – as out of sight as possible in the social media age. For example, how much did we see of Hadi Choopan from the 2019 Olympia to the 2020 Olympia? Or if you want to say that’s a copout because of Covid, then how much did we see Hadi from the 2018 Olympia to the 2019 Olympia? The media likes this because they can create a persona, they can expand that persona in the absence of the person, and they milk said persona the whole year, up until the next year’s Olympia when the person resurfaces. That’s the art of clickbait and fake news. It’s how many sites pay the bills.

So, will Ramy hold onto the title for years to come? Ok, so we know the guy has gone through a number of coaches and trainers. We know that some of those coaches weren’t even allowed to take him to a contest. We also know that Ramy is known as someone who can mess up a prep in the final days leading up to a contest. This isn’t something unique to him. There’s a lot of other super-gifted bodybuilders who have all the tools, but something always seems to happen. Take a guy like France’s Lionel Beyeke. If he came in at 100%, no one could beat him. There’s preps where he looks spectacular, where a week out it’s like you’re looking at the winner, but then… like clockwork, the final 48hrs something happens. Whether that something involves Dunkin Donuts or cortisol levels, or who knows what, he just never seems to keep it together. The same could be said for Ramy, only this time, was different. 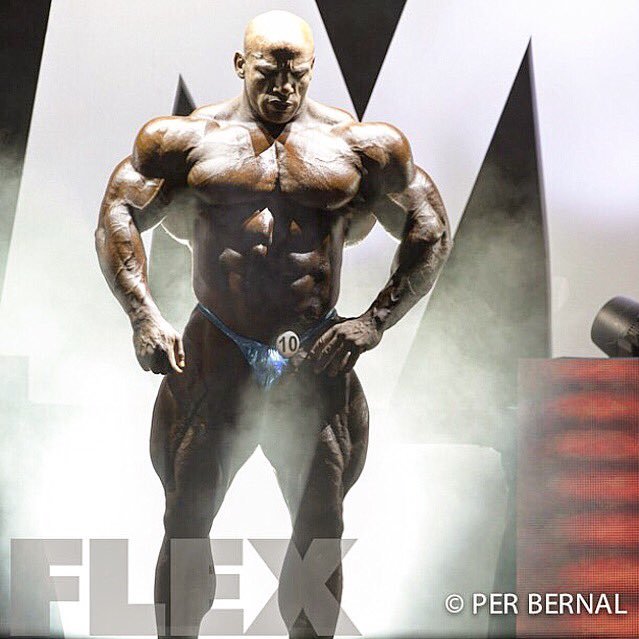 On Muscular Development, Giles “Tiger” Thomas, who apparently has me blocked on Instagram, told Ron Harris that he had spoken to Ronnie Coleman recently. He said The Big Nasty told him that with Chad in his corner, Ramy would hold onto the title for years to come. While I do believe Chad changed the game for Ronnie, I don’t think Ramy has Coleman’s work ethic or drive. No respect to our reigning Mr. Olympia, but Ronnie was the G.O.A.T. He’s not a GOAT, he’s THE GOAT. And I don’t think that simply adding Chad to the mix will guarantee Ramy will repeat what he did in 2020 in 2021, 2022, 2023 and beyond. Plus, if Brandon keeps going at the rate he is, as well as Bonac and Hadi, Ramy will have a very hard time establishing the sort of dominance the likes of which Ronnie had from ‘98 – ‘05. Further to that, it’s very important to note that come 2021, we will more than likely see the introduction of 7x 212 Mr. Olympia James “Flex” Lewis into the Open. To think that Ramy, coached by whoever, would be beyond Lewis’ reach is a little laughable.

Could it be that Ramy got lucky? The fact is, when you try at something six times and nail it your seventh try, you can hardly get cocky – and that’s precisely what’s taking place. To be clear though – the cockiness isn’t coming from Ramy, rather, from media people looking to create buzz. That being said, an argument can be made for his future dominance.

From the moment Ramy took the stage, he was huge, ripped, and vascular. But initially the contest wasn’t about him. The show in Orlando was his destiny to come to life. He got better with time, the people were 100% behind him, and even though the judges were looking at Brandon and Phil, Ramy just commanded more and more attention. You could see that he was running on adrenaline and the fans were feeding off of it. All that being said, when you put all the cheers and all the pundits’ commentaries aside and you studied the physiques, it wasn’t the knockout everyone wants to see. They saw the best Ramy they’d seen and so they wanted to see a knockout, but The Prodigy was very much in the fight, as was The Persian Wolf, and The Conqueror. And while Chad and Dennis will continue to help Ramy make the necessary improvements to retain the title, when I read statements like Ramy will hold onto the title for years to come, I almost chuckle to myself. I also get a pretty good sense about just how much we’ll see and read in the fitness press throughout 2021. Ramy will very much be the social media Mr. Olympia.

As of now, there is no LA Fit Expo, there is no Arnold, and who knows when and where the 2021 Olympia will be. We have vaccines being delivered, but we also see new strains of Covid popping up. So far, it seems the vaccines will also treat the new strands of Covid, but will the virus ever mutate again? To think we’ll be done with this virus in a few months would be great news, but it’d also be naive to put all our hopes into that unlikely outcome. While the virus will be controlled, people will get treated, and more and more states may follow Florida’s lead in easing restrictions, I don’t think 2021 will be like pre-March 2020.

I compare Covid 19 to 911. If you’re old enough to remember pre 9/11/2001 then you know that our country changed in so many ways after it – never to go back to normal again. Similarly, Covid 19 will change everything about our country. Facemasks aren’t just going to go away, social distancing will be a thing for years to come, and the ironclad relationships promoters enjoyed with longstanding venues will be compromised. Heck, most promoters today are being pragmatic. They took huge hits in 2020 and for 2021, the smart ones are looking at smaller, cheaper venues, in the event of unforeseen circumstances (e.g. states intervening, venues canceling, etc). It’s a whole different ball game now, but that being said, it’s also a perfect atmosphere for the industry press to run the football. If there’s no contests, no expos, no in-stores, then you’re going to have a lot of bored fans looking for entertainment. If there isn’t any news, the outlets will just make it up.

I have a feeling Ramy will say more in 2021 than he’s ever said before. He may not actually be saying it, but the media will create storylines, rumors, and endless commentaries about trivial things all related to the biggest bodybuilder on the planet. 2021 will see more digital smoke than any year before it. There will be endless talk and endless delusion. It hasn’t been two weeks since Ramy won and now he’s being talked about as a multi-year champion. I don’t buy it. I’m sorry, but the math isn’t on The Egyptian Phenom’s side. If it took him seven tries to hit the jackpot, then I don’t think he’s going to hit another jackpot right after his win. Personally, I’d be pleasantly surprised if Chad is able to stay as Ramy’s coach for a full year.

I’d like to know what you, the readers of Iron Magazine think. Is Ramy the next Ronnie Coleman? Yeah, that’s a serious question, unfortunately.