Why is the Natty Bro Movement Still Going Strong? 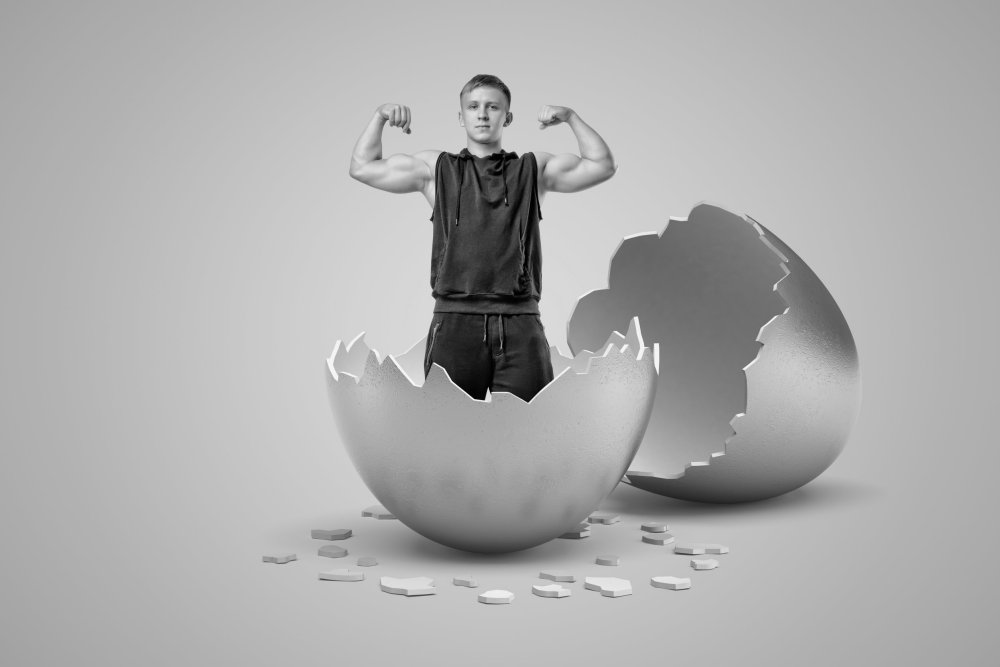 I want to cut right to the chase… this natty movement needs to stop. It’s played out. It’s getting old. And I’m sick of the deception being pushed. I know it, you know it, so let’s just be open about things. If you’re not natty, who cares? Most people (ok, literally almost everyone) in the NPC/IFBB are unnatural.

I’m not Kenny KO and I’m not going to be throwing names out there and doing callouts, but you know who you are. This industry is made up of fake everything. Chicks are getting plastic surgery on top of plastic surgery, we got dudes getting calf implants and shooting oil for spot enhancements, fake weights are being thrown around in the gym, the list goes on and on. For what?

I honestly don’t understand. Because the people who know lost respect for you due to all the lying. The people who don’t know will eventually figure it out because they’ll bust their tail in the gym and in the kitchen and still never look anywhere close to what you do. And it’s always a classy move when people call you out and say your look isn’t attainable without performance-enhancing drugs and your response is, they’re a pussy or they aren’t committed. Good one. That’ll win you over a ton of fans because everything dumb that someone says always ends up online – FOREVER.

And we haven’t even touched on all the “Instafamous” people you find on social media who have the “perfect physique” and claim to be all-natty “for life.” If you could see my eyes right now, they are burning a hole in my laptop screen as we speak from me staring at the stupidity that people are posting and claiming.

IT’S IN YOUR PROFILE BIO SO IT MUST BE TRUE

I’m still in disbelieve that people are putting “natural for life,” or “lifetime natty,” or “natural” in their social media bios. I mean, if you have to put it in there to make yourself feel better, people definitely aren’t buying it. In fact, I rank this in terms of stupidity right next to people who put “vegan” in their profile – as if anyone actually cared. That’s not an accomplishment or something that calls for accolades.

On social media, you can be whoever you want to be. The old “fake it until you make it” runs rampant on the daily with posers posting images of their lavish lifestyles, flexing their muscles and fancy cars. Everyone is supposed to “ooh and aah” over how you live the life – which is quite comical because most of them are sitting in the one-room apartment or their mom’s basement as we speak rubbing two nickels together.

YOU’RE SUPPOSED TO BE A ROLE MODEL

Now look, there are some cases where people are indeed natural but they are a rarity. You can get in shape naturally – so, I don’t want to completely destroy someone’s dreams. But the reality is, especially in the fitness industry, drugs are abused to enhance a physique – both on the men’s and women’s side. Those who want to argue this fact are either naïve or they don’t like the fact that I’m talking about something they are doing and don’t want people asking them if they are natty or not. Why? Because no one likes conflict and when you’re called out for basically cheating and lying, people tend to get defensive.

Those who go the route of PED use, I don’t blame you, nor do I care that you use them. My issue is that you’re lying about it and setting people up for failure. You’re supposed to be a role model for people who want to go from skinny to jacked or from fat to ripped. You motivate them to get in the gym and get after their workouts and give it all they got. Then after a year they look in the mirror, and while they see some progress, they are lightyears away from looking like you and they start to get frustrated.

When people get frustrated because their efforts don’t have them mirroring your physique, they tend to fall off the wagon and give up. That’s not the direction we want people to go. We are all trying to motivate people, right? So, why would you want to lie to their faces and crush their dreams?

WHY DO YOU FEEL THE NEED TO LIE?

There are many reasons why people feel the need to lie about being natty or not. For starters, they are ashamed of using something that is an illegal substance. They are afraid of the repercussions of their actions if they get in trouble with the law. They don’t want to disappoint their friends, family, and fans. They could also be using their physique as a means of monetary gain such as television shows, commercials, movies, etc.

Again, I can’t blame them for lying even though I think they are wrong for doing so. Let’s face it, if Lou was auditioning for the role of The Incredible Hulk but he had the physique of Steve Jobs, do you think he would have gotten the role? Heck no. So, I completely understand why people use performance-enhancing drugs as well as why they want to stay quiet about it. But that doesn’t make it right either.

Heck, there’s a guy in his 50’s who (I’m not going to name-drop) is known all over the world and has been in several movies, television shows, and commercials. The guy looks like a shorter-haired version of Fabio. He has a legit reason for saying he’s natty and lying through his teeth. And you all know who he is. If he were to come clean, it could end his career in front of the camera as the public would have a different perception of him for using steroids and other PEDs.

It’s like IFBB bodybuilders being 260 pounds on stage at 3% body fat claiming natty status. Come on. I don’t think there’s a person on this planet who thinks you’re natty. So, why not just come clean. The old “I was blessed with good genetics” while being true, is being played out because on top of good genetics you’re sticking yourself with a needle to enhance your look – both from a size and fat-burning standpoint.

All in all, I just want transparency. Everyone in the supplement industry is demanding transparent labels. Why should the fitness and bodybuilding industry be any different? Would it change anything from a competition standpoint? No. The IFBB is never going to drug-test the men’s open division, even though bikini competitors are using PEDs as well (they just don’t look like the men). But it would give newbies some clarity as to what is realistic when they are first starting out and what’s going to lead them down the path of frustration.

Newer Post
Eye Yoga: This is a Real Thing?
Older Post
Your Fitness or Supplement Brand Needs to Be Omnipresent