Why Are None of the Experts Talking About Staying Active?

by Matt Weik While I'm only one person, this is a topic that needs to be discussed because I'm not sure what the "experts" are saying during th 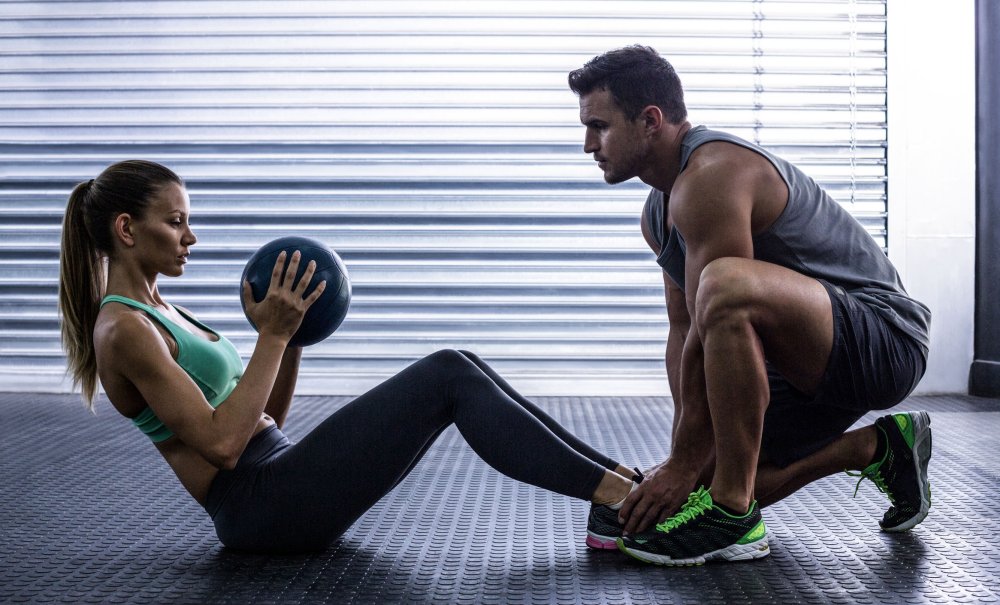 While I’m only one person, this is a topic that needs to be discussed because I’m not sure what the “experts” are saying during the pandemic shutdowns make a whole lot of sense. To be frank, I think many of these experts are merely talking heads of what the government wants them to say. Not a single one of them is pushing staying active as a way to boost immunity, stay healthy, and potentially lower the risk of people getting COVID.

Why is that? It almost seems like the government and experts want to instill fear in the American people, so they feel like they need to rely on the government to take care of them. I can only speak for myself but screw the government. In fact, I’d prefer they do the complete opposite and stay the hell out of my life. The government is doing nothing to benefit me, nor millions of Americans out there who think and act as I do. For me, staying active is a way of life and not something the government can push to the side and tell me to stay inside, don’t go out where there are gatherings of people, etc. It’s absolutely ridiculous.

This Is About Control – Not Health

Again, I need to reemphasize the fact that none of these health experts are saying a single thing about staying active. It’s all about wearing a mask, social distancing, and telling you what you can and can’t do. What this is causing is more harm than good.

Staying active does so much more than helping you look good in clothing or even naked. Staying active is a way to boost your immune system and help fight off foreign pathogens. Yet, the experts speak nothing of the such and are telling people to go get the vaccine. Umm, no thanks – you first, Doc. I’ll take my chances with a 99% survival rate. In addition, I have a feeling we will see the largest spike in depression cases and suicide in history from what these politicians have done during the pandemic.

Let’s circle back for another minute. Remember what I’m trying to emphasize here? Well, if you look at the CDC website, you’ll see that one of the main risk factors for contracting COVID is being obese or severely obese. In case you missed the news, more than 40% of Americans are now considered obese, and more than 60% of them are categorized as being overweight. Let those percentages sink in for a minute.

Now, I’m not downplaying the severity of the pandemic, as many people have died. But our “fearless leaders” have no plan. None. Or is it that they don’t want to make it seem like they have a way of slowing this down because they’d rather have us live in fear and keep asking the government to come in and save the day like we threw up the Bat-Signal in the sky in hopes they’ll come to rescue us?

You Should Give Politicians the Middle Finger and Hit the Gym

I’m no doctor, nor do I play one on television, but I’ll just leave some research here for you to check out. Researchers have stated that staying active can help prevent COVID and can help protect you. What they found through their research is, “The immune response to the virus depends on factors such as genetics, age and physical state, and its main input receptor is the angiotensin-converting enzyme 2. The practice of physical exercises acts as a modulator of the immune system. During and after physical exercise, pro- and anti-inflammatory cytokines are released, lymphocyte circulation increases, as well as cell recruitment. Such practice has an effect on the lower incidence, intensity of symptoms and mortality in viral infections observed in people who practice physical activity regularly, and its correct execution must be considered to avoid damage. The initial response is given mainly by type I interferons (IFN-I), which drive the action macrophages and lymphocytes, followed by lymphocyte action. A suppression of the IFN-I response has been noted in COVID-19. Severe conditions have been associated with storms of pro-inflammatory cytokines and lymphopenia, as well as circulatory changes and virus dispersion to other organs. The practice of physical activities strengthens the immune system, suggesting a benefit in the response to viral communicable diseases. Thus, regular practice of adequate intensity is suggested as an auxiliary tool in strengthening and preparing the immune system for COVID-19.”

To take it one step further, another group of researchers looked at how staying active as you get older is incredibly important – especially now, more than ever, when they are telling everyone they need to get the vaccine. What they found is actually quite concerning in regard to how effective the vaccine can even be.

In a recently published study, a group of researchers found that “Ageing is associated with a decline in normal functioning of the immune system described as ‘immunosenescence.’ This contributes to poorer vaccine response and increased incidence of infection and malignancy seen in older people. Regular exercise can enhance vaccination response, increase T-cells and boost the function of the natural killer cells in the immune system. Exercise also lowers levels of the inflammatory cytokines.”

This information is incredibly damning to all the pandemic experts out there who have been telling us all what we can and can’t do and trying to push getting this vaccine down our throats. What we should be doing, according to the research, is staying active.

If what’s going on in America with politicians overstepping their boundaries isn’t enough to wake you up after seeing the research about how important it is to exercise and focus on staying active, I don’t know what will help you realize what’s going on.

Control is what they are after, and they want to see just how far they can take things and who will and won’t comply. Shutting down gyms is one of the worst things that can be done. In a time where everyone should be staying active and boosting their immunity, they want everyone to Netflix and chill, so they can get nice and fat to rely more on the government and Big Pharma to take care of their ailments. Even if it doesn’t increase their risk of getting COVID, it will increase the likelihood that they’ll get high blood pressure, depression, diabetes, or some other disease where Big Pharma will profit, and those tax dollars will get funneled directly into the government’s pocket.

When people do their own homework and stop assuming what the government and experts tell you is true, then YOU hold the power. The government and politicians are nothing more than the tabloids you see at the checkout of the grocery store. Staying active isn’t just a good idea, it’s 100% necessary. It’s time we start speaking the truth and not a bunch of propaganda to push an agenda.