Was Bodybuilding Really Ever About Being Healthy? 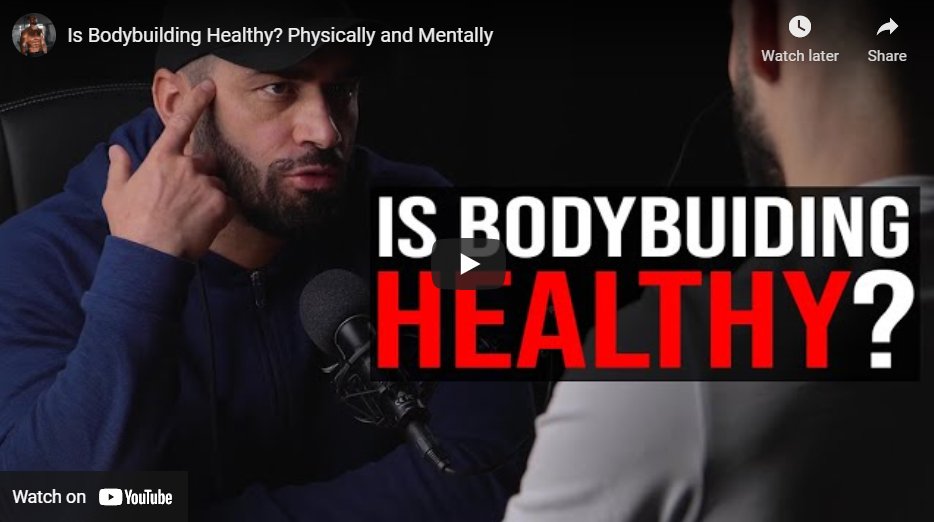 By the title of this article, I already know there will be people who want me dead (you’ll have to get in line). But I want to bring up some questions regarding bodybuilding that sometimes have me scratching my head.

Now, don’t get me wrong… I’m a huge fan of bodybuilding. I’ve been following it for nearly 20 years. I’ve seen the changes and evolution and enjoyed the ride thus far. This topic to avoid any confusion is specifically on the sport of bodybuilding, not the sense of building your body (such as recreational lifters who go to the gym to add a little size and look better). In this case, we are talking about the competitors who will do whatever it takes to get on stage and win.

When you think back to the beginning of bodybuilding and some of the legends that made the sport what it is today, you can’t help but think about the man who could quite frankly be one of the most well-known bodybuilders to ever walk this earth. A man whose name is known all over the globe. Who am I speaking of? Arnold Schwarzenegger.

Arnold promoted health and fitness throughout his career (and even to this day), but yet has been somewhat open about his steroid use back when he was competing. As with anything, some potential risks and issues can arise from using anabolics and many competitors these days know exactly what they are getting into every time they fill their syringe. But they’re willing to take that risk to enhance their physique.

You can say bodybuilders eat “too much protein” but you can also argue that it’s needed to help them achieve the type of mass required to stand on stage and win the Mr. Olympia competition. Their nutrition for the most part is extremely clean and while they enjoy a cheat meal here and there, the foods they consume are extremely high in micronutrients and are chosen based on what their body needs and not what tastes the best.

So, I’d like to believe bodybuilding first began with the mindset that it was to help improve the person’s health. However, this can easily be debated.

Here’s Where the Questions and Curiosity Come into Play

I guess you could say this is where things go south and where I’m going to get the stink-eye from many people.

From where bodybuilding first began to where it is today is drastically different. Don’t believe me? Look at the physiques. You didn’t have guys like Big Ramy, Phil Heath, and Roelly Winklaar walking on stage back when Arnold was the best of the best. What caused the change? Well, you could argue the drugs are different today from where they were back then. You’re looking at a new evolution of anabolics available today that wasn’t around many moons ago.

The issue with this and where I feel a bodybuilder’s health can become an issue is in the purchase of such drugs from the black market versus under a doctor’s supervision. Unless you test everything you get (which would become extremely expensive), you really have no idea what it is, the potency, and what else could potentially be in the vials.

Many of today’s bodybuilders started in their twenties or even their teens. It’s possible that their anabolic use began during that time. You shouldn’t assume, but the probability is more than likely high. The issue with this is, we all feel invincible when we are younger. We don’t think about death or long-term side effects. Therefore, most are willing to accept potential risks if you know you could potentially win the most prestigious competition of them all someday – the Mr. Olympia.

On the flip side, once we get older, the one thing we value the most is our health and our life. We want to live a long life. But the things done in the past could potentially stunt all of that. If you were to ask many of the competitors today if they knew the risks could mean they die early, would they have changed anything? The answer would probably be they’d do nothing different and would have chosen the same path. Heck, you can’t help but respect their decision and dedication to achieving the ultimate physique.

But this all circles back to health. Was bodybuilding ever really about being healthy? I’m not so sure. In fact, the guys who you would assume are healthy on stage (such as Men’s Physique and even Women’s Figure and Bikini) are all using nearly the same anabolics. I don’t want to say all of the competitors, but if I were a betting man, I would say almost all of them.

So, do we have it all backward? Do we have a sport that tries to promote health and fitness ultimately being the complete opposite? Listen, I know many of the competitors that are on stage today – some of which I know extremely well and hung out with multiple times and still talk to today. The last thing I want is to see anyone get hurt from a sport they love and ultimately be taking years off of their life.

When I sit back and think about it all, I somewhat feel bad for being so passionate about the sport and following it so closely all of these years. I mean that in the sense of I know what they’re doing and what they’re taking, and the risks involved. Essentially, I’m promoting the behavior by simply writing about it all these years.

While my passion for the sport will probably never change, I’m not sure what can be done to improve some of the issues I brought up in this article. There’s no good answer. Drug test shows and watch the mass monsters disappear. When they disappear, so will the money coming into the sport as well as the fans. Fixing some of these issues could kill the sport. Maybe I’m thinking way too into this. What are your thoughts on the things I brought up? Do you agree? Do you disagree? Let me know down in the comments.