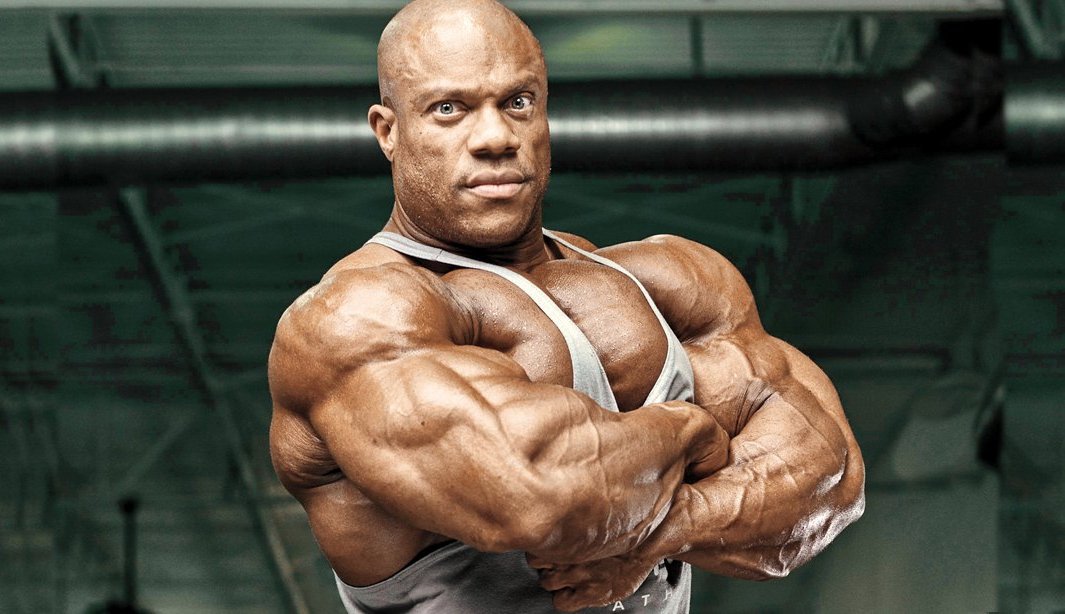 Word on the street is that 7x Mr. Olympia Phil Heath is looking to branch out on the airwaves and come out with his very own podcast series. I, for one, think that’s a fantastic idea. When you stop to think about it, why listen to a podcast? I mean, really? Ask yourself why you listen to Joe Rogan, why listen to Howard Stern, Chuck Zito, or the late, great Imus? The reason people tune into podcasts and other radio type formats is because they like what the host is all about. Listeners also like the choice in guests, topics discussed, and the consistency of a program that stands for something. The bottom line, however, comes down to the host(s)’ outlook.

Our life experiences shape the way we look at the world. Anyone who truly loves bodybuilding, from the building of an aesthetic physique, to breaking through PR’s, and achieving major successes – both on and off the stage – would love a series by Phil Heath. Whether you’re a fan or you’re blocked by him (as I am), you can’t deny the fact that Heath knows this sport, how the industry works, and that he has his finger on the industry pulse. These are very important elements that only enhance what Heath brings to the table. Plus, it’s really his time. Kai Greene ventured out and did all of this, at least a decade ago, as did Victor Martinez and a few others. This is not to say that Phil is copying anyone because most of those guys have long called it quits on those various projects. If anything, Heath might be leading a resurgence, a renaissance if you will, of bodybuilding podcasts. I know everyone misses Pro Bodybuilding Weekly and none of the shows out now, compare. Then again, this podcast may not be a bodybuilding one. Why limit yourself to one sport or one scene, out of the gate? If not purely bodybuilding, then what? Could this program go mainstream and if so, does this help or hinder any chances of a comeback?

For many of us in the sport, whether media, fans, or competitors, we often drastically limit ourselves by what we’re willing to talk about and where we interact. I think the single worst thing you can do, when it comes to creating content, is to pigeonhole yourself. While huge expos like The Arnold, FIBO, Bodypower and others may seem larger than life, there’s so much more in the sports world, where broader-based content could do really well.

Phil Heath is a guy who played college basketball, went to a major university, and has a great business acumen. Most muscle-building programs aren’t going to talk about the economy, interest rates, or worthwhile investments. I could see Phil talking about these areas because he has life experience in this realm and he knows it like the back of his hand. Again, the best radio hosts are those who know what they’re talking about and can talk for 30, 60, or 90 minutes at the drop of a hat. Usually, there can be guests or particular news topic that may be discussed, but ultimately, it comes down to passion and familiarity. I know Phil can fly solo with no problems, but what if it’s not a one-man act?

That’s right, what if Phil had a co host? Some of the best programs are a combination of 2 or more co hosts. Look at what Howard Stern does with Robin Quivers – or – what Dan Solomon used to do with Bob Cicherillo. Other shows, like Heavy Muscle Radio, may have Palumbo and Aceto or Palumbo and Romano. When you have 2 or more hosts, the show is enhanced and the agreements/disagreements of the two voices of the program make the content that much more relatable to listeners. Would Phil have a co-host that’s male or female, active or new to the industry, chatty or reserved? Many times the choice of a co-host can be just as daunting as picking the title, format, and frequency of the program. There’s also the issue of sponsors.

For most upstarts, there’s no sponsorship angle for at least ten episodes. When you’re talking about show sponsors, what you’re really talking about is advertisement. Usually you can’t sell advertising to something that doesn’t exist, but usually you’re not dealing with a 7x Mr. Olympia and you’re also not dealing with someone who has Dany Garcia as a business manager. I could see Phil’s podcast getting started with companies that do business in the bodybuilding world, but aren’t limited to it. For example, I could see Bang Energy, Reign, or Monster being involved. I could see relationships with companies like Book Cameo (where Heath is already making $), as a platform to sell his own ebooks (like Kai Greene does), and/or large coaching teams like Fit Body Fusion. There’s an endless amount of possibilities, but it would have to be much more than just money coming in the door.

Phil can make money anytime he wants; what he will need are sponsors/advertisers that will also take the ball and run with it. Shows on this level need sponsors that are going to push the show, as well. The bigger the program gets, the more reach it will have. It’s a win/win for all involved. Also, advertisers that sign-on early, usually get set rates for at least a year or two, as a reward for their early faith and support. Everyone does things differently, but this is the tried and true way to get huge, in no time!!

The truth is, IF the podcast becomes a reality, it might be something that takes up a sizable amount of Phil’s time. If it’s a smash, it might take all of it. Podcasts, like competitive physique-based sports, are a selfish endeavor. The bigger the show gets, the more time it’ll need. Those who are willing to go all in, could do very well for themselves. I truthfully think that competitive bodybuilding is behind Phil – even though he’s adamant that he hasn’t retired. He has zero to prove and while he could get his 8th title, what does it really mean?

The Mr. Olympia club is a group of champions who are revered in the sport. It doesn’t matter who has the most and if he got 8, it’s not like he’d be the first or second to do so. He’d be the third guy to share that distinction. If he wanted to be winningest Mr. O, he’d have to win two more titles. That’s another two years – minimum – that he’d have to put his body through hell and back. And for what? Who cares?

Look at Kai Greene. He’s never even won a single Sandow and look at everything he’s accomplished off the stage! I think Phil savvies that. The podcast may be the first step he takes away from the stage and towards new beginnings. That is, if the podcast rumors are even true.

I’d listen to a Phil Heath podcast. Would you? I’m sure whatever The Gift decides to do, he’ll be successful. Although he’s had me blocked for years and I don’t care for how he handles critics, I do wish him the absolute best in all his endeavors. He’s, without a doubt, one of the greatest bodybuilders who’s ever lived.