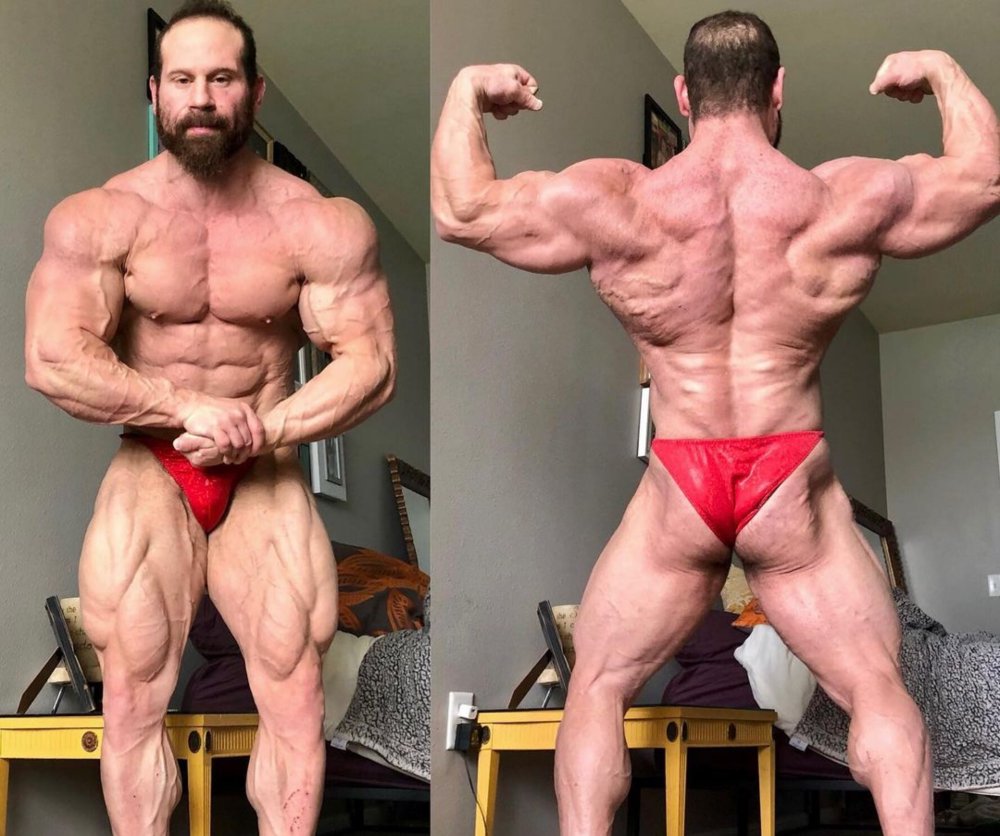 IFBB Pro Thomas Lenihan has been firing on all cylinders (Four Weeks Out – 2021 Indy Pro), getting better by the day, as he prepares to hit the stage at Dave Bower’s 2021 IFBB Pro League Indianapolis Pro. With legendary contest prep guru Chris “The Technician” Aceto in his corner, the 212 Pro has been keeping his head down, following the plan, and documenting his journey. That being said, there’s a marked difference between posting progress shots and talking smack. This guy is a true champion and a consummate professional. He knows what’s expected of him and he’s striving to far exceed those goals, while not burning out. That’s, truly, a fine line, but one that old school bodybuilders walk, almost, naturally.

A lot of guys just try too hard when it comes to social media. The only reason I even know about Lenihan is because I run the @212Bodybuilding Instagram page. It’s a new project, with a small following, but excellent content, so far. I reached out to as many 212 Pro’s as I could – some I’d met, some I never even heard of. My whole approach was to introduce myself, ask permission to repost athletes, and take it from there. I find that pages that repost without ever asking, are highly unprofessional. In any event, most athletes replied, some didn’t, and none turned me down. Over the last few months, a very small handful of pro’s actually started tagging the page on their posts. Thomas was one of these guys. That’s how I’ve become so familiar with him – and – I have seen get better and better, day by day, posting with a degree of honesty and transparency that is somewhat lost in our industry. There’s no need for fancy filters, shadows, or patently obvious poses that seek to conceal lagging body parts. Over the course of the last 6-8 weeks, I’ve seen Lenihan from pretty much every angle, training, and posing. This guy has done his homework and is definitely flying under the radar – well, as under the radar as he can – into the 2021 Indy Pro.

As the G.O.A.T. Ronnie Coleman would often say, “talk is cheap,” and it truly is. Some guys do it because they think that’s what will get them the most attention. I get it. We live in a time that’s driven by buzz. The media looks to the guys with the biggest followings, not the guys with the most impressive records. A lion’s share of supplement companies are also more interested in guys who can get reactions out of people, than wow them with muscle size, symmetry, and great posing. There’s countless guys clout-chasing, but there’s also athletes cut from a different cloth. For example, I’ve noticed that guys who work with the really distinguished gurus, people like Chris Aceto, have a better grasp on the path to greatness. For as much as followers and likes might put you on the map, for a while, only great bodybuilders rise to the top. This is why some of the biggest names in [fitness] social media basically had to hang up the trunks and go into the industry-side of things 24/7. The judges don’t care about your number of followers and no matter how good you look posting selfies from your bathroom, a lot of Instagram bodybuilders totally disappear in a lineup of top pros. Not only won’t Lenihan get relegated to second or third callouts, I have a feeling he’ll be in the first call-outs. If he happens to start out on the wings, I could see a guy like him, fighting tooth and nail, doing whatever it takes, to get moved to the center. Beyond having a great physique, I can tell, this guy has heart. 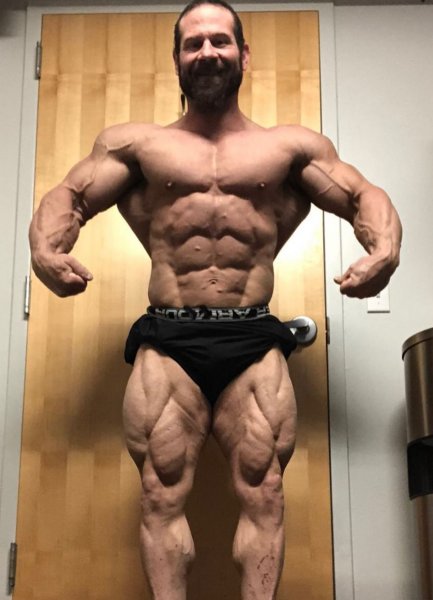 Favorites get all the love, from media to fanfare. All they have to do is express an interest in doing a contest, and “experts” are predicting them to place high and/or win. I’ve even seen “pundits” give shows to guys even before they start the first week of their preps. How the hell do they know what they’re going to look like sixteen weeks later? That’s just it – they don’t – but those are the perks of being a top guy. Right below favorites, you have guys that I’d call the blue collar of the sport. These are competitors who are on the radar, to some extent. Perhaps they had a run at one point, maybe they were with a big sponsor once upon a time, or maybe the outlets owed their coach a favor (or two). Blue collar guys get noticed in passing; the MC might know just enough about them to warrant a joke, a side comment, or a subtle nod or wave at an opportune time. Below the favorites and blue collar guys, you have the cannon fodder. I hate to put Thomas in this category, but this is where 212 Mr. Olympia Shaun Clarida found himself before shocking the world in Orlando, FL four months ago. These guys get overlooked and are all but ignored when it comes to handicapping contests. The mere mention of them for the Top 3, will result in raised eyebrows and dismissive talk. If you even suggest that these guys could steal the show, you’re considered to be somewhat of a dimwit. In fact, years ago, a very prominent bodybuilding champion stated that certain media personalities weren’t “qualified” to handicap shows. He made this determination because certain writers were floating the idea that underdogs could topple a giant. Well, that guy got toppled, and underdogs like Thomas Lenihan, who toil in the shadows, putting absolutely everything they’ve got towards bringing their best, are probably the most dangerous competitors to face in a contest.

Thomas Lenihan is treating the Indy Pro, like the Mr. Olympia. That’s right. In a very real way, he’s treating this contest with the utmost importance, giving it a great deal of respect. I think it’s very big leagues when a competitor posts progress shots and writes insightful, soulful posts that chronicle a prep towards one, particular contest. If I were a promoter and I saw a pro giving my contest that level of commitment and I saw him hyping my show with every post he puts out, I’d be pretty impressed. I can’t speak to Dave Bowers’ impressions, but I’d imagine he probably appreciates the competitor-based promo.

Also, when you have a guy who takes a show as seriously as Lenihan does, it pushes all the other competitors. If he’s giving 110%, so will the other guys, especially in the division he’ll be competing in. That makes for a great show – all around! The athletes are driven, the media has something good to write about, and the fans are amped up to buy tickets and see who places where. Moreover, if there’s a good amount of buzz for a contest, this should also create more interest from companies to buy booths and have a presence at the show. It’s a win-win!!

I’d like to go on record, as the guy who predicted Rhoden’s win in 2018, Curry’s wins at ‘19 Arnold and Olympia, and Clarida’s win at the ‘20 Olympia, that Thomas Lenihan will do major damage in Indianapolis. Whether he wins or breaks into the Top 3, will depend on the final 48hrs, but his presence will be felt. As of right now, the guy is huge and shredded.

You know how they say competitors have tunnel vision the moments before the expeditor calls them out to the stage? Well, I think Tjomas has had that tunnel vision from the moment his prep started. I don’t even think this show will be a war; I think it’ll be a massacre. Anyways, maybe that’s that “talk is cheap” factor, or maybe I’m on the money, like white on rice.

I’d love to see the big boys cover Thomas more, especially leading up to the big show (MD, RX, Nick’s Strength & Power, Desktop Bodybuilding, Evolution of Bodybuilding, Digital Muscle, Behind The Pump, and others). Thomas Lenihan is a guy you should all be writing about and most definitely not forgetting when you handicap the show.

Newer Post
Working Out with the Apple Airpods Pro: Are They Worth the Money?
Older Post
Shaun Clarida, Nutrabio Part Ways