The State of Bodybuilding, Today

by Christian Duque Bodybuilding has always been about hard work. Every rep, every meal, and every pill and powder, contributes to what physique 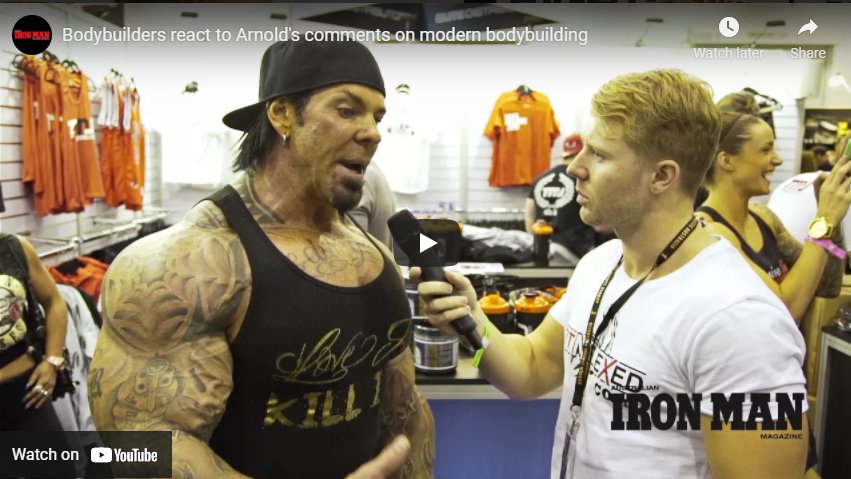 Bodybuilding has always been about hard work. Every rep, every meal, and every pill and powder, contributes to what physique-based athlete brings to the stage. Unlike an hour-plus basketball, football, or baseball game, bodybuilders prepare for 12-16 weeks to look their best on a stage for 1-2 minutes. They’re compared to each others, must bring in a certain level of condition, and must be ready to be scrutinized by a panel of judges who know exactly what they’re looking for.

Each judge may have a different opinion of what 1st place looks like, but they all share a common denominator that is the ideal look for each division. In an ideal world, the judging begins and ends with what’s brought on contest day; however, judges are only human. We are all inundated with social media. We all hear how the audience reacts from one competitor to the next. One guy might get a few applause and whistles; meanwhile, another competitor might bring the house down. That’s hard to ignore – I don’t care what anyone says. Then there’s athletes who are all over the press. Anything they say or do, goes viral. Imagine, everytime you turn on your laptop or look at your phone – there they are. Some bodybuilder’s public persona far outweighs the physiques they’ve built. That, too, is hard to ignore. Purists might say that bodybuilding is all about muscle, symmetry, and flow, and that may have been the case at its inception, but today, those who are loud tend to trump those who are ready. I don’t want to say that out of shape loudmouths win shows, but do they place better than quiet, unsung heroes? That would be an interesting conversation, so why not write an article about it.

Being loud, today, seems to be the carrot dangling in front of every pro. There’s only so far you can go on your contest record alone. In an age when social media is king, fans don’t respond quite like they used to, to merit alone. First place, like winning a pro card, is more about what you do with it, than the achievement, alone. With the number of divisions out and the number of competitors now earning pro status, the actual achievement is no longer as noteworthy as when there were far fewer cards available, fewer contests, and fewer people trying to reach the elite levels of competitiveness. Look at the sport in the 70’s. In the early part of the decade, the Olympia had three competitors, a few years later, it went up to 6-10, and that was it. There was Men’s Bodybuilding and nothing else. Today, there’s four men’s divisions and five women’s divisions. That’s nine divisions, each with 12-15 competitors. It’s a great time for the sport, but the wow-factor of being a pro and competing at the highest levels, isn’t what it was then. There are far more competitors and the fact of just being there, isn’t enough to command a strong social media backing. Even if you place well, that may not translate to an army of followers or a press blitzkrieg. Even if you had a competitor get on stage in freakish condition with insane amounts of muscle, if that competitor doesn’t talk a big game, there’s only so far he or she can go, in terms of public opinion. People just don’t care enough about physiques anymore.

As of the 1980’s, the sport that quietly evolved from the AAU, in cramped high school auditoriums, with limited budgets, started going global. In a very real way, the Weiders were able to make all their dreams a reality. In a rare instance of Hollywood getting it right, two visionaries were adamant about creating an international sport that saw beyond race, religion, and national origin. Although it was always Ben Weider’s vision to see the sport included in the Olympics, it was able to grow by leaps and bounds without that distinction. It’s been able to gain more and more mainstream acceptance, despite the fact that very few governments have gotten behind it. When a bodybuilder wins a contest for his/her country, there are few governments who reward that. Although bodybuilders don’t return home to ticker tape parades and/or homecomings at airports, the fans have provided a lot of that fanfare, on their own, through social media. Unfortunately, these accolades usually come with a price, today. The fans won’t even notice the athlete without there being drama.

It’s not even about having a voice. Social media could be used to promote sensible eating, safe training, and well thought approaches to contest prep. That might get some hits and it might get some followers, but no one is going to famous from doing that. If anything, it’ll be enough to be included in the conversation, but what really moves the needle, is drama. Drama is king on social media. Media outlets want soundbites, they love feuds, and they absolutely love when competitors at each others’ throats. This is why Open Bodybuilding and Men’s Physique have become so popular. It seems there’s always some kind of bad blood to be had. And this could also be why the 212 Division is rarely discussed and why the Division is no longer offered at the Arnold Classic. Would you believe that some people find it boring? I can assure you that anyone with that opinion knows very little about bodybuilding. I wouldn’t consider such a person to be a real fan, but fan or not, they have incredible influence over the course of the fitness industry. These people listen to every Live Chat and read every word, desperately looking for anything that will cause strife and once they get their hands on it, they run back to the other side. If the other competitors says anything in response, they take that back. Sometimes, they’ll run to media outlets or they set up channels where they republish the attacks, along with their own personal commentary. Some might be tempted to label such characters as trolls, but to a certain extent, many of today’s most hardcore bodybuilding fans, are just that. That’s the climate social media has created and unless a bodybuilder or physique-based athlete gets their hands dirty, chances are, they’ll be ignored. It won’t matter how many contests they win, because in the end they’ll be overlooked.

Supplement companies respond, in part. Many companies are owned and operated by legends from yesteryear. Back when they were on top, there was no social media. I’m sure guys like Rich Gaspari, Lee Labrada, and Ronnie Coleman, scratch their heads in consternation at what’s big, today, but it’s their responsibility to keep their businesses profitable. Who’s going to sell more products, services, and spread more good will? A decorated pro with a mantle of trophies and awards who has a humble following – or – a back of the pack bodybuilder, with half a million followers, who goes viral at will. It’s an obvious answer when it comes to profitability. That being said, the use of these loudmouths is limited, just as is their time on top. Then again, ad campaigns are about the here and now, not about residual sales 5, 10, or 15 years down the road. Even if the talent used today might fare poorly over the course of time, if it makes money today, most companies are all too willing to engage in the buffoonery to make those sales.

Will the tide of social media ever change? Will people suddenly become purists again? I, hardly, doubt it. Does drama help win shows? Probably not, but winning shows is no longer the goal. As new generations of pro’s take to the stage, there’s a small number who may realistically aspire to winning major titles like the Arnold and Olympia, but I’d say, for the vast majority, the goal is to make a living. For those guys and gals, developing the strongest social media and brand possible, trump titles and trophies. This is what’s going to get their names out there, build client bases, and ensure some kind of success in the industry. It’s sad but true, but if you want to be noticed, you have to be loud and sometimes, even offensive. If your content creates a reaction, then you’re doing something right.

Is this the future of the fitness industry? What’s your take? I’d love to read your feedback and I’d especially love if you disagree with me. That being said, the truth is abundantly clear, I’m afraid. It’s sad, but true.

Loading...
Newer Post
FTC Announces Brands Can Use “Made in the USA” on Packaging
Older Post
What is Phil Heath Prepping For? Let’s Think About It