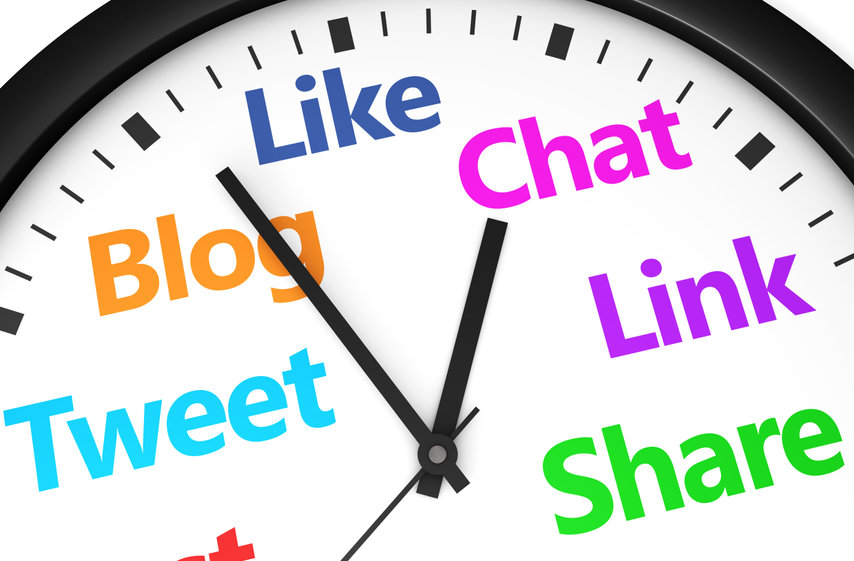 The key to being successful on social media, is to be where the most people are, and have an active presence there. Most of the top people on social media can replicate their numbers on pretty much any platform. And not only can they do it, they actually do! There’s a number of platforms to consider, including Instagram, Facebook, YouTube and the new kid on the block, TikTok. Most of its influencers simply refer to it as “the clock.” Get it? Tik Tok, clock? Lol.

Anyways, what started out as an app dominated by adolescents, has now evolved to include fitness stars, musicians, movie stars and trendsetters. While it’s a different animal than Instagram, it offers a lot of the same options. Many people on Tik Tok enjoy it because there are ways to make money by joining teams, there’s the option to Go Live, and if you’re able to consistently appear on the “for you” page, then you could reap all the benefits of having viral videos and making yourself known to popular paparazzi outlets like TMZ, The Breakfast Club, MTV and others. It seems that everyone is watching The Clock, much like they’ve been glued to Instagram since 2012. The fact is, TikTok is growing at a rate that suggests it will knock IG out, in no time.

Despite the fact there was some initial uneasiness due to the fact the app is owned and operated from China, it has run smoothly and the apprehension has subsided considerably. Even lawmakers have seemingly moved on to bigger fish to fry. During the Trump administration, though, there was some concern that the plug would be pulled from the new application. The fact is, the clock has won over the American public and it’s bound to be here for the long haul. The bigger question and what this article is all about, is why YOU should be on this platform. Is it worth it – or – is it just another fad, that’s big one minute and a distant memory, the next.

There’s a series of platforms all claiming to be the best vehicle to connect with users and develop brands into empires. Not all sites are good for all things. For example, there’s very little traction for fitness on Twitter. This may be why many bodybuilders and supplement companies don’t go near it. Making posts takes time and no one wants to expend it, if the platform offers slim pickins.

Some platforms make it easier to share content on other platforms. For example, if you have your Twitter linked to your IG, you can toggle over, and make sure whatever you release on IG, can also be released on Twitter. That helps IG far more than it helps you. The fact is, when you share on Twitter this way, you’re also promoting IG. It would help you also, if you had a highly-engaged audience, but for all intents and purposes, posting bodybuilding content on Twitter won’t get your more followers, spark conversations, or do anything to sell goods and services. Tiktok, however, could be different. It’s already different given the sheer number of fitness-related accounts and how fitness content fares with regards to other sports and disciplines.

Unlike IG and other platforms, Tiktok is all about creativity. Whereas music may be blocked in certain countries and/or on certain IG pages, Tiktok embraces it. It affords users the ability to use soundtracks from all the artists they love – without fear of the post’s music being stripped. Lip Syncing is also huge on Tik Tok, making it an extremely karaoke-like resource that makes content-creation fun and interactive. It’s interactive because viewers might make song requests, give credits/presents, and share. Unlike IG and FB where sharing is, largely, limited to that particular platform, Tiktok allows you to share it to Snapchat, text, and other places, thus pushing the content farther and to many more people. The fact is, Tiktok also allows you to save and share the finished product. It promotes your presence on the clock but it also fits perfectly into other platforms. Additionally, users have an arsenal of special effects and a surplus cool-looking filters (way more than IG).

Whether you decide to get Tiktok or not, you should at the very least familiarize yourself with it. It’s no longer new, it isn’t novel, and it’s becoming the new norm. Those who are totally foreign to it, risk falling into the old category, and that’s death for your brand. If you’re not up with the times and you’re not, at least, aware of what’s hot, you’re going to look like you’re out of touch with the times. Who wants to follow someone who’s behind? What company would want to advertise or be associated with a site that’s, essentially, living in the past? That doesn’t exactly bode very well for maximizing profits or winning over new business, either. The fact is, the more people who know you’re not up on your game, the greater the vulnerability. Look at Dave Palumbo; he may be in his 50’s, but it’s his job to make sure that RXMuscle is everywhere. While it has a Twitter presence, it’s just that. The real time is focused where the engagement is higher. That’s smart. And that’s what you have to do in 2021.

Social media continues to get more and more interesting. It may have been easy at one point, when a single giant dominated it all (e.g. AOL, Yahoo, Myspace, Facebook). Today, there’s a sea of options and with everyone glued to their smartphones, sites have become apps.

In the vast majority of cases, 90%+ of the features can only be accessed while on a phone. If you’re one of the few remaining dinosaurs that swears by desktops or laptops, the platforms all but force you to download the app and use the site through your phone. The content may have been created on a Mac or a Windows computer, but it’s watched on phones, shared on phones, and goes viral on phones. All this being said, platforms like Tiktok have to be updated constantly. There’s endless amounts of innovations and modifications that go into effect all the time. The goal is that every user have the best possible experience, with no lag, and zero interruptions.

Speaking of fast connections, when’s the last time you watched Tik Tok Live? The picture quality is perfect, the sound is perfect, and the visuals are second-to-none. That’s everything – and then some! – when looking to use such a feature. So far, a sizable chunk of our community is on the clock – what are you waiting for?

What are your thoughts on Tiktok? Do you have an account? And if not, what’s keeping you from joining the next, big social media app?