Should the NPC Allow Out of Shape Competitors on Stage? 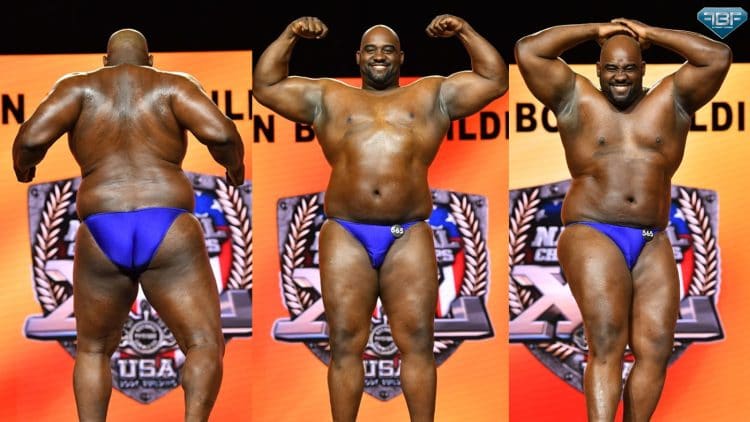 I’ve seen a lot of comments, videos, and posts on social media about a recent NPC bodybuilding show where one competitor (in the super heavyweight class) came in out of shape. And when I say out of shape, I mean, his body fat had to be over 30%. The biggest gripe has been that this was a nationally qualified show that led to an IFBB pro card.

Many people have been asking how he was allowed to be on stage, how he actually qualified, and why did he choose to step on stage looking like that? I’m going to provide my opinion on the subject, and it will probably differ from what many in the industry are thinking.

The Man Qualified to Be on an NPC National Stage

I’m going to start by saying I don’t know this man, nor will I mention his name due to the amount of negative press he’s gotten — I don’t want him to get even more. But here’s the deal… this guy qualified to get to Nationals. Possibly, he got into a smaller show where no one really showed up in shape and won, which qualified him — but the fact is, he qualified.

Does anyone really know this guy’s background? He was clearly the heaviest on stage, looked as though he had some decent muscle, but it’s all covered up with a high amount of body fat. Here’s my question… Where did he start? Does this man have a medical condition, and the fact that he even looks like that is one heck of an accomplishment? We just don’t know, so we shouldn’t judge him (or anyone for that matter).

There are people who are in Nationals where they started as a skinny guy looking to put on quality muscle. What if this individual was completely the opposite? Maybe he was massively overweight, and where he’s at now is truly an outstanding achievement? Who are we to judge?

If this bodybuilder were to continue dieting and stripping away the body fat, he could be a guy who steps on the stage and dwarfs the other competitors. Does that mean he’ll one day get his pro card? No, but at the same time, pro cards today are given out way too easy compared to back in the day, so who knows?

Should the NPC Have Told Him That He Can’t Compete?

People online are voicing their opinion that this gentleman shouldn’t have been allowed to get on stage looking like that, and the NPC should have done something. My question is, why? Like I mentioned before, he qualified to be there. Whatever package he brings to the stage is what he wants to be judged on in order to potentially win his pro card. Do I think he went into the show expecting a pro card? I don’t believe so, but perhaps?

The thing is, why should anyone be told they can’t compete because they look a certain way? Listen, if you come in out of shape, there’s no way to mistake the reality that they won’t win. Period. So, why would anyone care if someone came in completely out of shape? What that means is everyone will place one placing better, so long as they look better than him. Do you really think the competitors cared? No. At least they knew they weren’t going to place last.

I believe the NPC did the right thing by allowing him to compete. And I also believe that this sport needs to be more inclusive if they want the sport to grow. This leads me to my next point while I’m still standing on my soapbox.

Bodybuilding Needs to Be More Inclusive and Accepting

To think that every athlete who competes at a high level will be on their game 100% of the time is only fooling themselves. Even elite athletes like Jordan and Kobe had nights where they didn’t play their best.

I fully understand that bodybuilders are judged on their physique and the package they bring to the stage, but everyone can miss their peak here and there — we see it all the time on the IFBB level where we had high hopes for someone coming into a show, and when they walked out, we were left scratching our heads. Or people showed up to pre-judging and never made it to the night show because they didn’t place in the top 10. Therefore, we don’t see certain competitors when they don’t look their best unless you showed up for pre-judging or saw photos.

But we’re talking about the NPC here with the gentleman at the center of this conversation. We aren’t talking about the IFBB. Essentially, these are amateur competitors. Why would we want to discourage people from competing who, even though they can see they aren’t conditioned enough to win the show, still want to jump on stage after they’ve been putting in the time and effort?

Why would we want to shame people from competing in our sport? If you want our sport to sound like a bunch of judgmental assholes, that’s a great way to accomplish it.

This guy should be proud that he had the balls to step on stage, knowing he didn’t have a snowball’s chance in hell of placing well. It takes courage to step on a stage in a tiny little pair of briefs and at over 30% body fat and flex next to guys that are lower than 5% body fat.

I understand that bodybuilding is judged based on a competitor’s physique and conditioning. We could have picked apart every single competitor for something in that very same lineup — that’s what you do when comparing physiques. But the amount of hate that this guy was thrown following the show should embarrass everyone in our sport. I truly wish more people would have stood up for this man, and no one really did. But I applaud the NPC for allowing him to compete as it did look like he had fun on stage and that’s what it’s all about.

Newer Post
9 Reasons Why You May Fail on Your New Year’s Resolution
Older Post
Mr. Olympia Chris Dickerson Passed Away