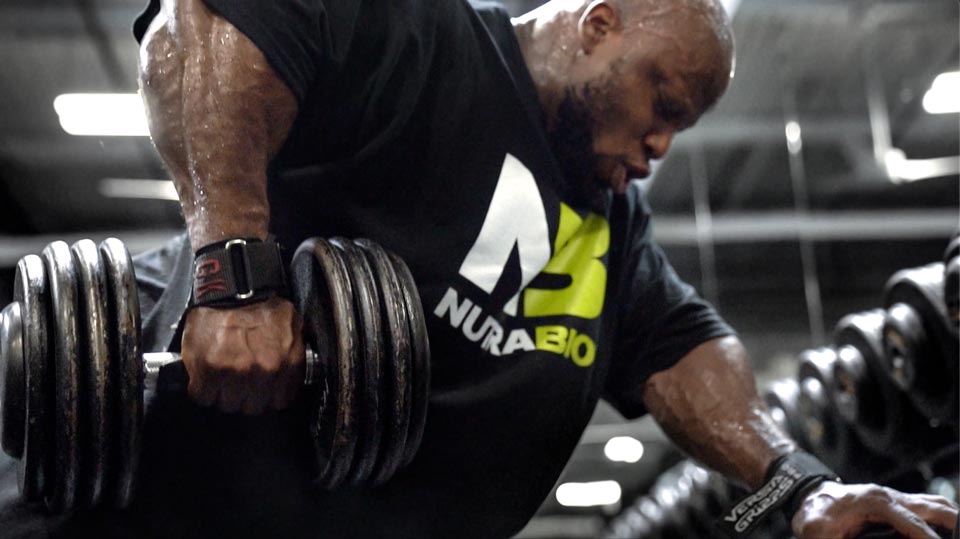 When news broke out that 2020 212 Mr. Olympia Shaun “The Giant Killer” Clarida and Nutrabio parted ways, several things happened simultaneously. For starters, it created shockwaves in the fitness industry because Clarida had reached the absolute highest position in the ultra-competitive 212 Division. When the company signed Clarida, he was very much under the radar, overlooked, and underestimated by the press. I made a point not to speak with Shaun prior to writing this article because I wanted to write strictly on my impressions and recollections. I also didn’t reach out to Nutrabio. This article is purely an op-ed piece, but I’m sure there’s bits and pieces of truth throughout it. Afterall, this is the fitness industry and this is an area I know well.

My hunch would be that when Nutrabio signed Shaun, they were able to structure a deal where they got a lot more than they normally would from a top pro. At the time, no one was feeling GK, no one had him in the Top 6 for the Olympia, and except for me, absolutely no one had him winning the biggest contest in bodybuilding. I hate to toot my own horn, but I was so convinced he’d win, I even had a graphic made. Also, my coverage of the Olympia was sponsored by BPI Sports, who sponsors the-theN defending champion Kamal Elgargni, but I still held to my prediction, vocally, no less. That being said, I believed in Shaun and he won. When I heard that he and his sponsor parted ways, I was stunned. I’d like to expound further.

In the months after signing inking with NB and leading up to the 2021 Olympia Showdown, I saw things that I pointed out on various social posts. It wasn’t anything negative, simply, that Nutrabio seemed to be casting an awfully wide net, even after they just signed someone I thought was destined for bodybuilding greatness. This wasn’t an isolated strategy. Oftentimes, supplement companies want to think bigger picture; they see everyone fighting for slices of a very small [bodybuilding] pie and they want to try their hand with major league sports, lifestyle athletes, and even totally mainstream markets. As a result, bodybuilding, which is the only tried and true money-maker, gets relegated to a secondary position. When Shaun inked with Nutrabio, I expected to see him on the main page, see his name and likeness everywhere, and for him to get pushed like Christians push the Gospels. Even after his signing, though, the company kept pushing more mainstream-friendly athletes. They also had a huge inventory, a lot bigger than even the big companies do. Too many products cause a lot of headaches, from basic supply & demand issues, to storage, and sales. Again, I don’t know if Nutrabio had these woes – or any – but these are my observations.

As Shaun neared the contest, I would have liked to have seen a stronger push. When he won the title, Nutrabio did come out with a limited run protein, showcasing the champ. Any event GK was at, he was mobbed, with loyal fans buying products, asking for selfies/autographs, and they, themselves, taking to social media, afterwards. Shaun, on his part, was always promoting the company, from wearing apparel to working the products into his cutting-edge content.

Aside from the fact that Clarida is a lifelong bodybuilder, his underdog story and his hardcore approach to training, won him new fans every day. My guess, and it’s only a guess, is that when Shaun signed to NB, he probably got very little money, had a ton of obligations, and probably didn’t get the level of attention commensurate with a top pro. I think everything may have happened so quickly, that perhaps, a small to medium company would be doing a lot of catch-up. Also, athletes and sponsors often break ties when the subject of renegotiation comes up. When you go from being a never-talked about, often-overlooked, longshot-at-best, to the KING of your sport, your stock soars. You can settle for what you have and never ask for more, but that would also mean that you were a sucker. Shaun’s a great guy, but he’s also an east coast guy; he knows what time it is.

The same way I predicted Shaun would win, I also predicted the media would trip over themselves to talk to him. The same sites which used to ignore him, were now lining up to feature him. When Shaun told me at the Olympia that we should do an IG Live or podcast at StrengthAddicts soon, I made a point to tell him, no. I said, “Shaun, I’ll go last.” i wanted him to be seen on all the pages, stations, and magazines. The same outlets, who just a day before wouldn’t have looked at him twice, were now blowing up his phone and inbox. It’s not because he wasn’t always a great, hungry, and hardworking bodybuilder, but pre 2020 Olympia, he was just a guy with a dream. The second he was announced 212 Mr. Olympia, his life changed. The question is, did his paycheck?

It’s not all on the sponsor, though. Maybe Shaun wanted more money, maybe he wanted more exposure, and/or maybe he wanted more say in the product line. When I saw Shaun on the protein tubs, signing autographs, and really coming into his own, I thought that was the perfect place for him. Clarida isn’t just old-school in his approach to training and/or posing on stage, but he works hard, too.

A lot of folks, today, make all kinds of promises and put on a very impressive act, but they’re back to being bums even before the ink on their contracts dry. I could see how much Shaun was giving and I know, firsthand, of fans who got turned onto NB because of him. That’s the kind of good will you can’t buy; it’s also the kind of good will that runs hand-in-hand with ROI. At the rate they were going, I was fully expecting to see a decked out Nutrabio booth at the 2021 Mr. Olympia, with a massive poster of the reigning 212 champion. It would also have been great to see NB sponsor 212 shows & push 212 Bodybuilding – really roll up their sleeves and engage in some aggressive, passionate marketing. Maybe that’s one of the places where the two camps had a disconnect.

What’s crazy, is where things are now. Shaun might win another Olympia – or – he may not, but he will always be a 212 Mr. O. That makes him very valuable; however, this is the year he’s on top, this when he should be capitalizing the most. Anything he touches – right now, this very instant – turns into gold. Instead, he’s without a supplement sponsor and he’s probably either about to start – or – maybe, already in prep. This is most definitely not an ideal situation.

Everything being said, no matter what happened, Shaun put out a very professional video covering the break. He thanked his former sponsors, spoke highly of them and their line, and put it out there that he’s actively looking for a new sponsor. I’m sure he’s been flooded with offers and now he has to test products, meet & talk to people (possibly total strangers), and ultimately make a decision. This, all while he’s the 212 Division’s #1 Ambassador to the world. I just don’t know how it got to this.

My inclination is to believe Shaun wasn’t getting what he deserved, or worse, that the company wouldn’t give him what he was already getting. That would, truly, be shocking if a company dared try to lower the initial offer once he went out and won the biggest title on Earth. Then again, anything’s possible in this industry. There’s also a likely possibility that NB did offer Shaun more, did want to give him more exposure, and would have done anything they could to keep him, but Clarida was ready to make the move. I suspect we’ll never know and maybe it’s better that way, but that doesn’t mean I won’t rack my brains trying to figure what the heck happened here.

I wish both Shaun and Nutrabio the best.