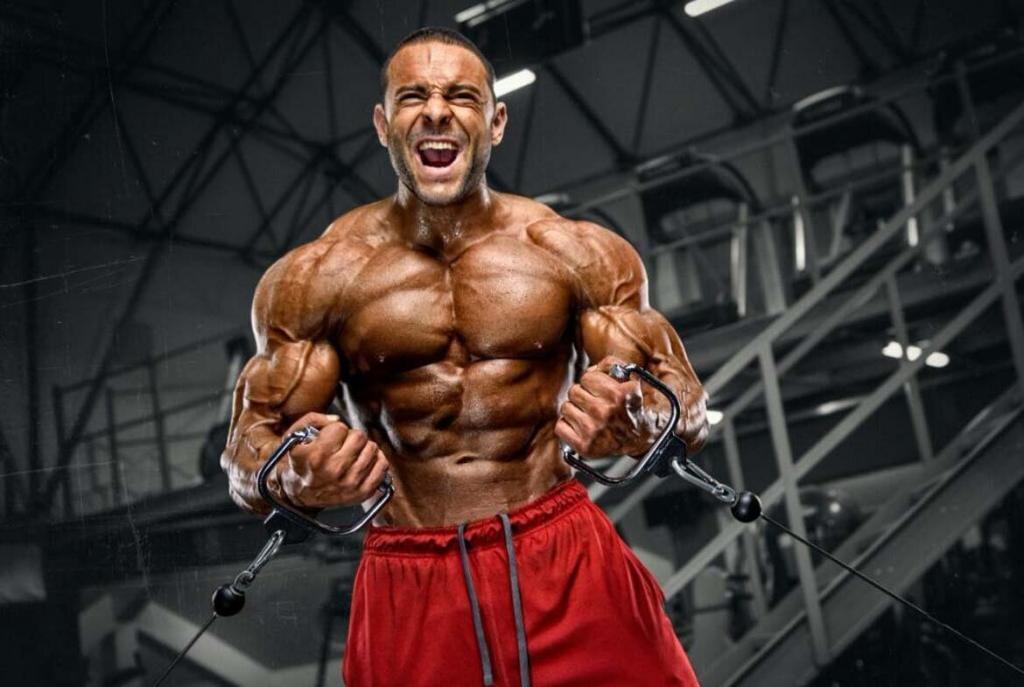 For the most part, supplements that aid in developing, sustaining, and or repairing muscle, are all good with me. I think that the government should stay out of the discussion on whether adults want to have muscular physiques, reduce body fat, and/or increase their quality of life. To me, I find it ludicrous that a government that profits through the sale of poison – alcohol and tobacco – has any moral leg to stand on, denying citizens access to harmless food-based supplements that will help them in their fitness journey. I was also opposed to the years of FDA restrictions on Stevia, forbidding it from being sold as a sugar alternative. Was Stevia harmful? No, it was not. Today, it’s found in a number of products, and the mainstream can’t get enough. It’s far sweeter than sugar, with no insulin spike, and it’s a far better option for diabetics and those looking to reduce body fat. If this herbal sweetener helps so many, who stands to lose? Well, that’s pretty clear. The sugar industry and the artificial sweetener industry would be at the top of the list. The idea that an herb, unaltered by man, could totally take over an entire market, meant that powerful lobbies sprang into action.

Government doesn’t necessarily, always, act with their constituents’ best interests at heart. In many cases, they do what they’re told by powerful lobbies and campaign donors. A prime example of this, has been Washington’s kowtowing to Big Pharma. I’m not blind to these realities; however, I do take exception with companies that are taking questionable products to market, putting consumers’ health at risk, and getting away with it. Therein lies the inspiration for this article. I’m not talking about established supplement companies or licensed clinics providing doctor-prescribed therapies, rather, I’ll be discussing black market sites that hide in the dark webs, selling products labeled as not intended for human consumption.

The fact of the matter is that when you’re dealing with many of the SARM sites currently doing business online, they don’t have a physical street address, you don’t know who works for the company, and in many cases, you don’t even know where your funds are going. A growing number of these businesses are moving towards crypto currency. They don’t want the government to be able to find them – much less their customers. Imagine, buying a product or service, but not knowing who the recipient of your payment is. That leaves you, the consumer, with no means of recourse. This is often the case with folks who are dumb enough to buy gear through these means. Aside from the health risks, anyone who buys illicit substances – online or otherwise – doesn’t have a way to complain. As a consumer, you are at the greatest disadvantage possible. Not only is it illegal, meaning you can face prison and fines, you are also playing with your health. Moreover, you have no way of knowing what you’re putting in your body, it may or may not be what it purports to be, and it may not have been created in a sterile facility. Further, it may even contain dangerous [other] substances used as fillers. The fact of the matter is, the SARMS market on the dark web, isn’t much different.

There’s a seemingly endless number of SARM sites online, today. These operations range from full-fledged websites with identifiable staff, mainstream email addresses, and even actual street addresses. About those street addresses, most that have a “suite,” are nothing more than a postal box; however, it offers some kind of face to the name. There’s at least accountability on some level – though usually not a very high one. These sites run the gamut, though. From the aforementioned that, at least, appear to have some semblance of legitimacy all the way to those that are the complete opposite.

Many SARM sites don’t have a physical address, an email, or even descriptions of what each substance/stack they have does. Imagine a blank page with a bunch of viles, the now customary “Not For Human Consumption” disclaimer (which actually doesn’t disclaim liability), and various links for Cash App, crypto currency, and a very barebones form for users to enter their mailing information. Consumers are basically sending currency into a black hole and are clueless to what they’re getting, when they’re getting it, and worst of all, what effect(s) it will have on them. Imagine having a terrible reaction and not even being able to tell your doctor what you took? How can you expect to get treated?

If you were to ask most people if they would ever put anything into their body – especially something marketed as a research chemical – they’d answer, unequivocally, NO!! Bodybuilders, however, don’t think like real people. They are conditioned to believe that ass-backward government policies have made it impossible for quality supps to be made accessible to the general public. Many of the sport’s most committed adherents see the operators of these shady sites as a sort of valiant class of brave pioneers, willing to put it all on the line, to provide the fitness industry with substances that actually work. They look at reputable companies that do things right – as cookie cutters – and they deem their products to be more smoke than substance.

This mentality is one that’s shared by bodybuilders of all levels of education, social standing, and time in the sport. It’s what allows for the gullibility that’s required for countless individuals to do business with the types of websites that are making money hand over fist on the dark webs. And while there is no real recourse (e.g. holding anyone’s feet to the fire, determining ingredients or dosages, much less getting refunds), the message boards have become the only place where disgruntled and even injured users can complain.

The boards have become somewhat of a clearinghouse where users are able to sound off about their experiences dealing with SARM sites. The overwhelming majority of times, the reviews are not good ones. People complain about getting ripped off, having placebo effects, and others have sounded off about getting sick. In many cases, these posts dissuade potential buyers from the pitfalls of those whose entries they read. That being said, even within these readers, there’s still a sizable segment that dismisses even the warnings of like-minded people, as nothing more than them having sour grapes. They believe their diets were off, their training missed the mark, or something else was wrong – but never would they blame the site. Once again, the people in question might seem like dolts, but we could be talking about doctors, lawyers, and engineers. It’s not about intelligence, it’s more so about the culture among the most committed lifters. These shady sites bank on it.

Also, many message board posts get moderated…, meaning they get erased. Many shady SARM sites see the writing on the wall. They know that the boards are the only real place dissatisfied customers can vent, so, they sponsor the sites and chalk up the money spent, as business-related costs. Advertising is most definitely a business expense, but these sites aren’t pumping money into sites with that end. Their goal is less about generating goodwill and more about paying to silence people who may want to blow the whistle on what they’re really doing. All in all, you have a lot of shady sites ripping a lot of good people off – and chances are – you’ll never hear about it.

In many real ways, the government’s obsession with stamping out anything but creatine, has indirectly contributed to the creation of a vast black market of illicit and gray area supplements throughout the dark webs. The gray haired bureaucrats who don’t lift and take monster donations from Big Pharma are unlikely to change their tune. Republicans, Democrats, and Independents all have their hands out. They’re for sale – always have and always will be. As long as they continue to make good supplements more scarce and as long as technology keeps evolving, we’ll see more of these scam sites pop up. More people will get ripped off and more people will, possibly, get sick. I hate to end this article on such a low note, but we, here at Iron Magazine, like to tell it like it is. I’m sorry if you thought this major build up was leading to a happy ending. It’s not. The fact is, we have tons of people who are playing scientist with unknown substances and if anything goes wrong, we’ll never hear about it. Even in an age when social media is king, some of the darkest secrets of the fitness industry never seem to make the light of day.

What’s your take on shady SARM sites? Are they harmless – or – could they prove to be big trouble one day?

Newer Post
What Happened to Roelly? Will He Qualify for the Olympia?
Older Post
FTC Announces Brands Can Use “Made in the USA” on Packaging