Pitbull Singing “Give Me Everything” with Echelon Deal 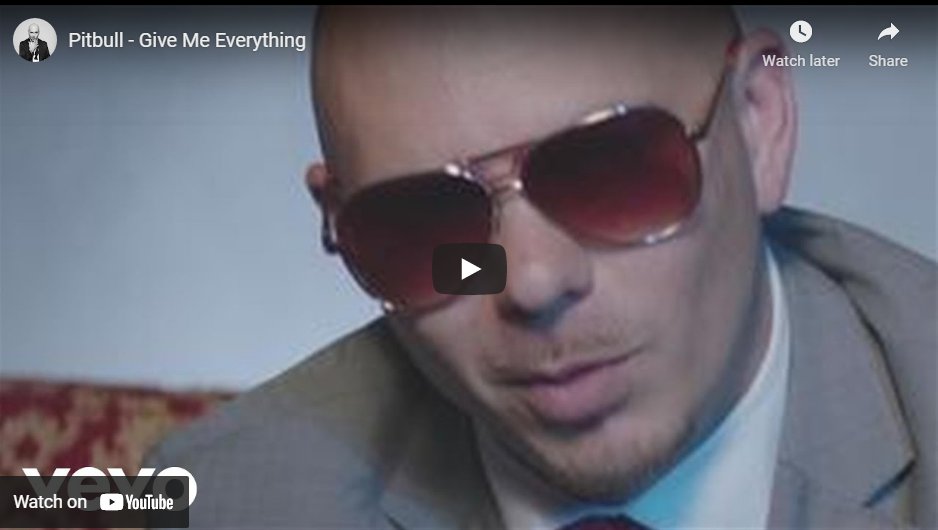 GRAMMY award-winning singer, Pitbull, has partnered up with fitness company Echelon for what could be a deal both parties can sing and dance to all the way to the bank. Pitbull is no slouch when it comes to fitness and mentions in order to perform at the highest level on stage, his fitness needs to be made a priority. Then comes Echelon, a fitness brand that is trying to slowly chip away at the sales of the behemoth, Peloton.

This deal truly makes sense – at least to me. Let’s think about it. When you work out, do you exercise in silence, or do you blast your favorite artists to get you going and motivated? Probably the latter, right? When you think of artists who drop hit after hit and get your body moving, doesn’t Pitbull come to mind? Of course, he does. If you hit the club, you’ll almost certainly hear a Pitbull track drop.

Music and fitness seem to go hand-in-hand, and this exclusive deal that was worked out between all parties involved seems like a match made in heaven (at least from a business standpoint).

While it all sounds good on paper, exactly what does this deal entail, and how will it benefit not only both parties but also the customer – you? In this article, I’m going to break down the partnership between Pitbull and Echelon to better explain what you can expect to see in the coming months.

Pitbull Provides the Experience of a Lifetime

If you know anything about Pitbull, he wants to give his fans the best experience possible regardless of the location and venue. But now, the location and venue can be your own home. The fact is, this pandemic we’ve all gone through over the last year has opened our eyes to the possibility of building a home gym and possibly getting away from the traditional gym membership. This could be through the conventional barbells and weight plates, or even something such as a wall unit like the Mirror that has some really cool technology built into it.

But with Echelon, they are looking to provide an experience (thanks to Pitbull) that will attempt to give Peloton the Italian salute. With the ink not even dry yet on the contract, Echelon put out a statement that explains some of the details of the deal. For instance, as you would expect, Echelon will have Pitbull-themed rides through the use of their Echelon Fit app, which will be called “Ride with Pitbull.” Being that Pitbull is no Frank Sinatra, you can expect some heart-pumping beats that will have you up and down in the saddle and dripping with sweat.

It should be noted, however, that this isn’t his first fitness equipment deal. Pitbull also invested in Clmbr workout machines a little while back. He clearly has a vision for his music and fitness and wants the world to not only be entertained but also fit.

Pitbull doesn’t invest in anything he doesn’t believe in, so to grab a pen and sign on the dotted line with his signature and investment should tell you something about how strongly he feels about Echelon and believes in what they are doing.

Along with exclusive music, Pitbull and Echelon will be launching some co-branded merchandise. The partnership doesn’t just end there, though. A press release sent out has some of the details of the deal that includes:

While the details regarding the dollar amount of the contract have not been released, one can only assume that Pitbull put a lot behind this partnership, especially being that large financial investors have also taken a liking to Echelon over the years like Goldman Sachs.

Who Got the Better End of This Deal?

This is clearly my opinion, but I feel Echelon is the real winner here. Let’s face it, Pitbull needs no introduction – he’s Mr. Worldwide. Echelon, on the other hand, is somewhat riding the coattails of Peloton and trying to steal market share.

Earlier in the year, Echelon created the “Prime Bike,” which was put up on Amazon and slipped through the cracks (apparently) and people assumed the Echelon bike was an Amazon product due to the name. Amazon picked up on the launch of the bike on their website and quickly pulled the plug on it as it hit a little too close to home. But either way, Echelon was on a mission to get their name out there in the market and add more products to the at-home workout market.

We can’t deflect what the Echelon deal will do for Pitbull, though. He’s an investor in the company now and has his name associated with the fitness brand. If Echelon doesn’t take off, that affects Pitbull too. You don’t invest in things if there’s no intent to grow the business.

So, if Pitbull can follow through on his end of the deal and provide the content (music) for the app and rides, he’ll find himself making a pretty penny off of the growth of the company. And his name will undoubtedly attract fitness enthusiasts who never heard of Echelon before but will soon find out that their equipment is nowhere near as expensive as Peloton.

Therefore, both parties will make out in this deal even though the scale seems to tip and favor Echelon more. What do you think of this partnership? Let us know down in the comments.