by Christian Duque The news from Nick's Strength and Power discussing 212 Bodybuilder Keone Pearson going back to Classic, has certainly made t 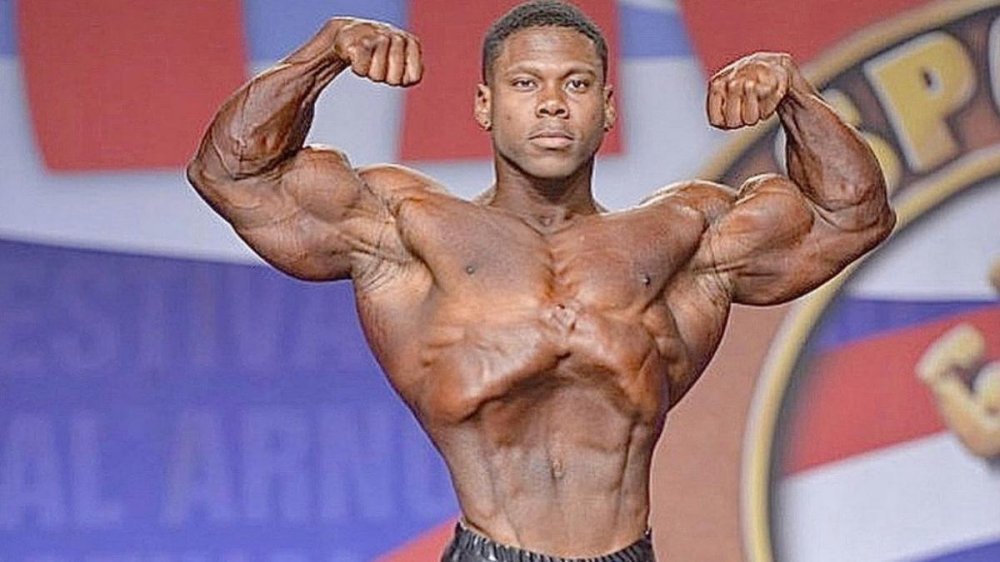 The news from Nick’s Strength and Power discussing 212 Bodybuilder Keone Pearson going back to Classic, has certainly made the rounds, but what’s really resonated with bodybuilding audiences, is his assertion that the competitor told him he would be doing so naturally. It’s a little foggy whether Pearson actually said this to Nick Miller – or – if Miller pieced together this position based on bits and pieces of news he’s watched.

This, after all, is Nick’s whole modus operandi. Nick doesn’t actually create content. What he does is repost other peoples’ news stories, talks over them, and then purports to break stories. This has never been my approach because this isn’t actually reporting anything. Kevin Grech of Evolution of Bodybuilding is another fellow journalist who’s always criticized the most popular Youtuber.

The fact is, Keone was natty for a very long time. In fact, for most of the time he was in Classic, under the tutelage of The Sultan of Symmetry, Flex Wheeler, he was completely off the gear. When he got signed to a major supplement company and started to plateau at the biggest contests in the world, he conferred with his camp, and decided to take the plunge. At the end of the day, it was his decision and his decision only. His sponsorship wasn’t on the line, he could have continued placing in the money, and he could have continued getting media coverage, without ever pinning a single compound. However, you simply cannot win the biggest contests in the sport as a natty. To be honest, I was surprised Pearson did as well as he did without AAS.

I don’t glorify the use of any supplement – whether hormonal or not. That’s not what makes a great champion. It’s all about hard work and consistency. Diet is key. Training is key. And training smart is extremely important. I have seen Keone in person, seen his work ethic, and talked to him long enough to know he’s a hard worker. I also know that while he was claiming natty, he was able to back it up with bloodwork.

Listen folks, there’s no bonus points in the world of bodybuilding for claiming and actually being natty in a world of freaks. So you’re natty? So what? No one cares, no one is going to pin medals on your shirt. If anything, people are going to think you’re either a bleeding heart idealist or glutton for punishment. Imagine having killer genetics, loving to train, being a great poser, but then short changing yourself from maximizing your true potential? That’s how most in the sport see the holy rollers who eat bad placings because they opt to not take the plunge. There’s very little glory in it.

Still, for some, the decision to stay natty isn’t a PR one, it’s more so one based on morals. These folks usually claim natty, but do so in a discreet way. People know they are, but they don’t broadcast it. And the reason for that is, many natties are extremely judgmental of those who take gear, and they tend to come off as holier than thou types. To a certain extent, Keone tried to market his nattiness, but when it became clear he wanted to win, he changed his tune. So what happened?

What actually happened, we don’t really know. All we know is that he made some career choices which I think he’s lived to regret. I think he walked away from people who were truly committed to him and he’s had a very tough time finding his way. His time in The 212 was clearly not a success and now, as he transitions back to Classic Physique. The news story that Nick Miller ran, certainly has people thinking. So he’s returning from an unsuccessful 212 run to Classic, but he’s going to do so drug free? Is he setting himself up for failure? Is going natty a way for him to lose the mass he gained, fast?

I mean once you start taking gear, the everyday science is that you can’t ever totally come off. And if you do come off, it might take years for your body to start making testosterone again, if that’s even a possibility. That said, we’re not talking about competitors. If Keone were to get off everything, while also trying to downsize his physique in order to make the Classic cut-off, many fans and media members, alike fear he might sabotage himself.

Nick Trigili, of Bodybuilding and Bullshit, took Nick Miller to task. He stated that Pearson would remain on “TRT levels” and that Miller, essentially talked out of school. What’s interesting about the latter is what does that actually mean. What are normal TRT levels anyways?

For a lot of regular people, 200 migs a week would be regular levels; meanwhile, some competitors have stated 500-1,000 migs is regular for them. If Pearson were on minimal gear, maybe 500mg of test, coupled with some mild compounds, plus SARMS and plant-based sterols, that might be considerably less than what he was running for his 212 run, but that would hardly be natural. And if that’s the case, then it makes Nick’s Strength and Power’s video completely bunk. On the flipside, Miller did include that Pearson might be doing just this; however, that’s just a CYA tactic in the event his sensationally titled video was quickly disproven – as it seems it was.

I for one, don’t think Pearson would jeopardize his return to Classic simply to be able to boast about being natty. NO ONE in the pro ranks cares about that. The only people who care if you’re natty or not, are trolls on Youtube. It’s not even trolls on social media. The natty or not game is really only popular on YouTube. Eventually I could see Greg Doucette and/or Kenny KO weighing in, but beyond that, who cares? And again, where are both of these personalities most popular? Youtube. Do their numbers translate on Instagram, Facebook, or Tiktok? No. They are their biggest on YouTube because that sort of bumrush journalism only seems to do well there. So again, there’s nothing to gain and everything to lose by Keone trying to come back, from a less than stellar move up, as a 100% natural competitor.

Also, with regards to Nick’s Strength And Power, has anyone noticed that he’s slowed down on publishing videos? I know he wasn’t feeling well recently and we all wish him a speedy recovery, here, at Iron Magazine; however, he must be noticing the steady ascent of Nick Trigili. The fact is Bodybuilding & Bullshit is making a lot of noise, gaining subscribers very quickly, and truly shaking the fitness media tree. On the other hand, a channel that’s more directly competitive with Miller’s, is Xavier Wills’ Desktop Bodybuilding. To see Wills join Dennis James for a podcast, must also register with Miller, as Wills’ popularity is gaining reach with the older, more powerful crowd that once celebrated NSP’s channel. And with his former backer, Aaron Singerman, becoming a guest of the government and far less supportive over the years, the days of Miller hobnobbing with Arnold and other key figures in the sport, may be becoming distant memories in his rear view. Also, the copyright warnings (not strikes) that he received post-Olympia, also rattled him. Although these would be later rescinded, something like this would never have happened when he enjoyed the full backing of former key allies. For a guy who potentially makes six figures doing what he does, everytime a channel like Desktop or B&B starts to gain steam, it has got to get him worked up. I mean, this isn’t just making videos for fun, this is his livelihood. It’s high stakes!

During the months between the Olympia and the 2022 Arnold, I suspect we’ll see more of these silly news reports. I don’t think Pearson will be going back to Classic fully natty and I don’t even know what that i believe he’ll be doing it at TRT levels. Also, unless the competitor is interviewed – or – unless he gives a direct statement on the subject, then it’s just some guy in his garage (or his mother’s basement), cutting and pasting articles and sound bites together, reacting to them, and then trying to come up with a final thought. That’s not news gathering and that’s not reporting.