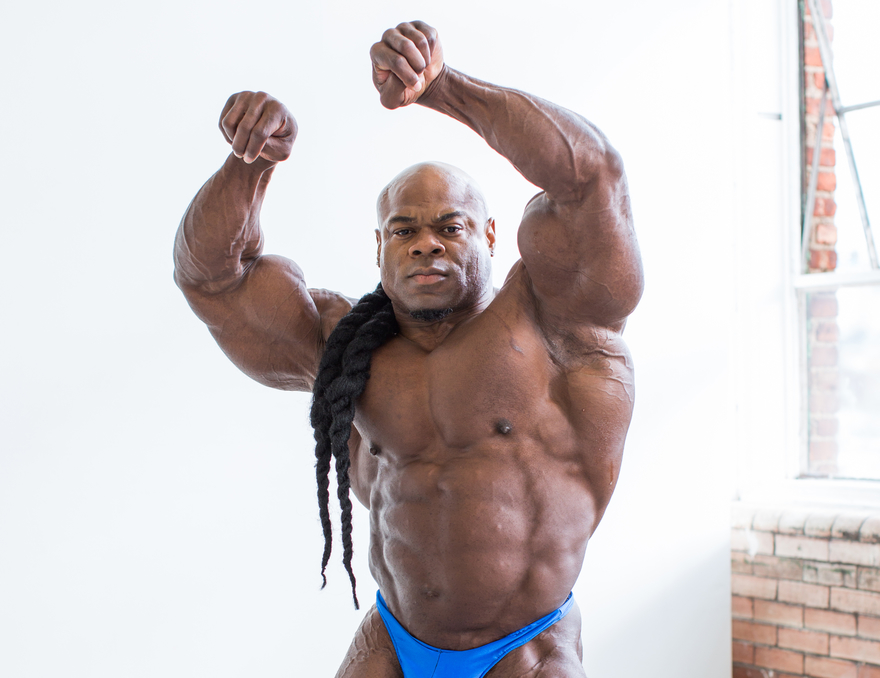 I was browsing the internet the other day and came across a story that I had to do a double-take on. It was an article (rather, press release) by Club Industry with the title, “ISSA Appoints Kai Greene, World-renowned Bodybuilder, As First Global Fitness Ambassador.” I thought, clearly, I was reading this wrong – but I wasn’t.

I’m Not Even Sure Where to Begin

First off, I want to start by saying that I don’t have any hate towards Kai Greene, even though I think the way he has treated his fans over the years is quite disturbing. Every year he seems to post cryptic messages that leave some to believe he may actually compete – but never does.

Do I think Kai Greene is a bad person? No, I don’t think so. Do I believe he made some mistakes in his life that he wishes he could take back? Probably. But I don’t hate the man. I simply wish he would go away and leave the sport of bodybuilding to grow without his name ever being brought up again (I say that while I sit here typing away at an article on the man *facepalm*).

Here’s where I’m absolutely baffled at this press release. Out of all the people in the entire US who are involved in health and fitness, the ISSA (International Sports Sciences Association) appoints Kai Greene to be their first global fitness ambassador? Come on, man.

Look, was he a good bodybuilder? Yes. Did he ever win the Olympia to prove he’s the best in the world? No. In fact, he bailed on the Olympia several times due to personal issues with (at the time) AMI and even snuffed the IFBB when he was given a special invite to step on stage without even needing to qualify. What held him back? Being handed another loss at the hands of Phil Heath (or even another bodybuilder)?

But I get it, the man walks around looking jacked and swole 365 days out of the year. Does anyone in the industry think he’s natural? That’s a massive NOPE. So, why would the ISSA want to associate themselves with someone who isn’t natural and want to promote him as their global poster boy? No, I’m asking you because I haven’t got a clue. Isn’t that giving off the wrong message?

When I look at the ISSA, I think of a highly respectable training certification that will hold its own against any accreditation out there. They even claim that with their certification, they guarantee job placement at one of their 8,000 ISSA gym partners – such as Snap Fitness, Lifetime Fitness, 24 Hour Fitness, and Equinox. They also say you can be known as a “fitness expert” in your city or niche. That’s actually quite comical as I know people with an ISSA certification, and I’d never consider them an “expert” in any sense of the word.

What Could Have Created This Partnership?

If you’re in the fitness or bodybuilding world, you’ve probably heard of the name Kai Greene. If not, I’d question how deep you really are in the industry you claim to be a part of. That said, there are people out there who just want to be in shape and want to show others how they, too, can live a healthy lifestyle and maintain a high level of fitness and optimal health.

Circling back to the name, Kai Greene has a marketable name, and it somewhat makes sense for the ISSA to leverage it to their advantage. That said, most people who get ISSA certified I would not imagine look at Kai Greene and think, “I want to look like that guy,” or “WOW, that’s attractive.” Face it, most women (and men) would look at Kai’s physique and be appalled. So, why a jacked bodybuilder unless you’re using his name?

Or maybe it’s his reach and influence? If Kai were to start mentioning the ISSA and his partnership with them as an ambassador, one can only assume it would put the ISSA on the radar of millions of people. After all, Kai’s Instagram has over six million followers. Even if 1% of that number converted into people signing up to earn an ISSA certification, that’s an additional 60,000 certifications being paid for (not to mention the yearly renewals that would take place and continuing educations they could make money on).

That’s not a small chunk of change! The ISSA has a $1,000 special on its website currently where if we were to use that number alongside the 60,000 potential growth from 1% of Kai’s following, that a cool $60 million in the bank.

In the press release, the ISSA mentioned that Kai Greene would be making key appearances and going to events across the globe to “share his knowledge of the ISSA certifications offered.” They even had Kai write several e-books for them on how to find jobs in the fitness industry.

There Wasn’t a Better Choice?

Again, not to knock Kai Greene, but I don’t look at him as one of the top trainers in the world, where people should be looking up to him. If I were some of the top fitness experts in the world, I’d be a little taken back by the choice the ISSA made. After all, we have people like Gunnar Peterson, Obi Obadike, Bob Harper, Chris Powell, Mark Jenkins, and many others that I would have considered to be a favorite over Kai Greene.

I wish both parties the best of success in this partnership and hope that they can mutually benefit and further put health and fitness on people’s radar across the globe. God knows how bad we need health to be pushed and made a focal point here in the US after, in 2020, it was reported that more than 40% of Americans were considered obese. That’s not even taking into account the 60%+ that are considered overweight in the US.

Maybe this is just the tip of the iceberg for the ISSA, and there will be many more ambassadors who will sign on the dotted line to work beside this association? Only time will tell.

What do you think about Kai Greene and the ISSA joining forces? Let us know down in the comments.