Newer PostWhat’s A Sponsorship – And What Is NOT!!
Older PostThat Time Ronnie Got Beat…
Share on FacebookShare on TwitterShare on LinkedinShare on Pinterest 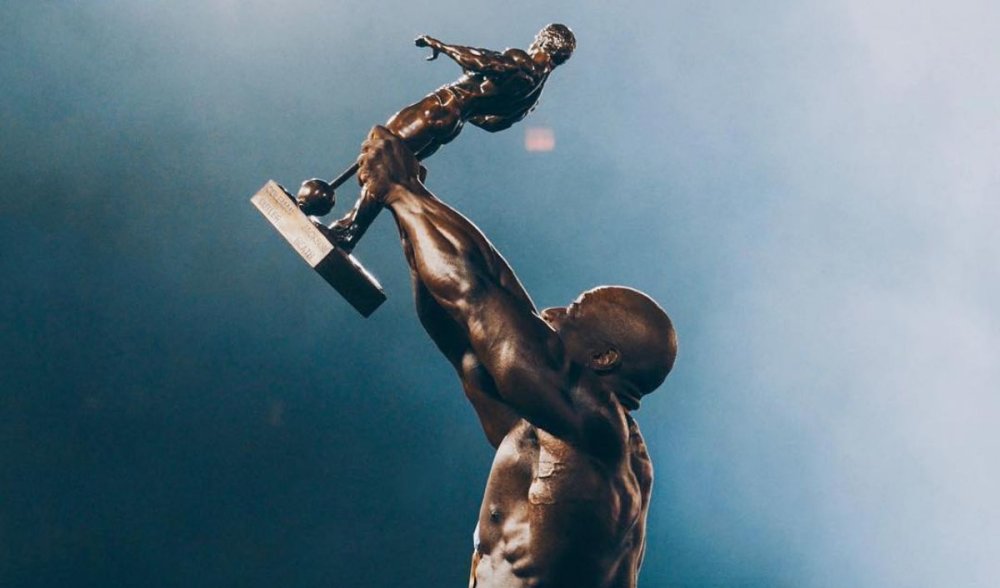 I sat back long enough on this topic, and I think the time has come to look at what’s going on with Shawn Rhoden. Do I know all of the facts and evidence out there on his pending lawsuit? Nope. And I’m sure neither do any of you reading this (unless you’re Shawn Rhoden or Rick Collins). That said, I honestly feel bad for the dude.

Whatever happened to “innocent until proven guilty?” I mean, this is America, right? We have a system in place that moves issues like these through the courts until a verdict is reached, no? The last time we saw Shawn Rhoden on a competitive bodybuilding stage was 2018, before the accusations surfaced of rape a few weeks after his Olympia win.

I’m not here to tell you Shawn Rhoden is innocent or guilty as I’ll let the courts and evidence dictate his fate. However, how long will the IFBB continue to punish a currently free man? It’s been three years since we’ve watched Shawn Rhoden grace the stage. It’s not like we’re talking about some random bodybuilder who never places top 5 in shows or that no one has heard of. This is the 2018 Olympia winner and long-time competitor, Shawn Rhoden.

Following the news of the accusations, Shawn Rhoden took a hit from not only some of his sponsors dropping him but also the fact that the IFBB (for what we thought was the time being) has told him he is not allowed to compete in any of their events until after the lawsuit is done and over with.

Well, as we’ve all seen and heard, things keep getting pushed back. COVID didn’t exactly do anyone much in terms of favors last year as many court appearances and hearings were postponed in 2020 and are now starting to either move back into the courts or be completed through video conference calls.

So, what’s going on with the case? Who knows?! I haven’t heard anything, and I’m not sure if Shawn is even in the books to appear at all in 2021 since everything has been pushed around and shifted. What does this mean for him as a competitor? I guess it means he’s still ineligible to compete. But why? How long can the IFBB allow this to go on? He has NOT been convicted of anything.

Look, I fully understand that should Shawn Rhoden be found guilty of his rape charge, it’s a bad look for the IFBB. I can somewhat see that they’re trying to protect their brand and organization by not allowing him to compete. If he were to win the Olympia again and shortly after being found guilty, every news outlet in our industry and possibly even mass media will be reaching out for a comment on how the IFBB could allow a rapist (again, he’s innocent, and I’m playing devil’s advocate if he were to be found guilty) to compete in their organization.

I get it. I truly do. But three years have gone by, and we still don’t have a verdict with the case, and there has been nothing said by the IFBB to provide us any glimpse of hope that we may see Shawn Rhoden on a bodybuilding stage anytime soon.

After all of this time (three years), Shawn Rhoden hasn’t been able to collect a paycheck from his “job.” He walks up on a bodybuilding stage, places, and collects his earnings. He can’t do that. And I know there are people out there saying, “Why doesn’t he just get a real job?” Cool, the same could probably be said about you since you probably bitch about your job and boss every day. So, you can just keep your snarky comments to yourself, Karen.

Essentially, Shawn Rhoden is not only being robbed of competing at something he was the best in the world at, but he’s also not able to be financially compensated due to the organization sidelining him for years. I respect Shawn Rhoden for keeping his cool. If I knew I was innocent and the IFBB told me I couldn’t compete, I’d lose my mind. Bodybuilding and competing are his life, and the IFBB is technically stripping him of all of that. Kudos to him for keeping his head straight and trusting the process.

Shawn Rhoden is Training to Compete

If you were to be a fly on the wall surrounding Shawn Rhoden, the man isn’t playing games. He’s not in the gym sandbagging his workouts and just moving weight around. No, he’s still kicking ass and taking names as if he was prepping for another show. In fact, he looked like he was ready to go for the 2019 Olympia before they pulled the rug out from underneath him.

Shawn Rhoden is training as if any day now, an announcement is going to be made that he’s allowed to compete. He’s big, full, round, and could easily, with 12 weeks’ notice, jump on a stage.

Take a look at Shawn’s Instagram page and tell me that he looks like a man who has given up. A man who looks guilty and is just lifting for his own sanity at this point. I don’t see that. I see a man who has more passion than ever for his training and is looking forward to redemption on a bodybuilding stage. He wants to take back that Olympia title. He wants to prove to the world he is innocent and take back what he feels is his.

I think if we ever see Shawn Rhoden on a bodybuilding stage, it’s going to be the best version of Shawn we’ll ever witness. He’s like a shark with blood in the water and wants nothing more than to be given the nod to get out there and show the world something they’ve never witnessed. I’m still of the mindset that you’re innocent until proven guilty and hope the IFBB reinstates him and allows him to compete in this year’s Olympia.