Is Marc Lobliner Being Ignored By The Bodybuilding Press? 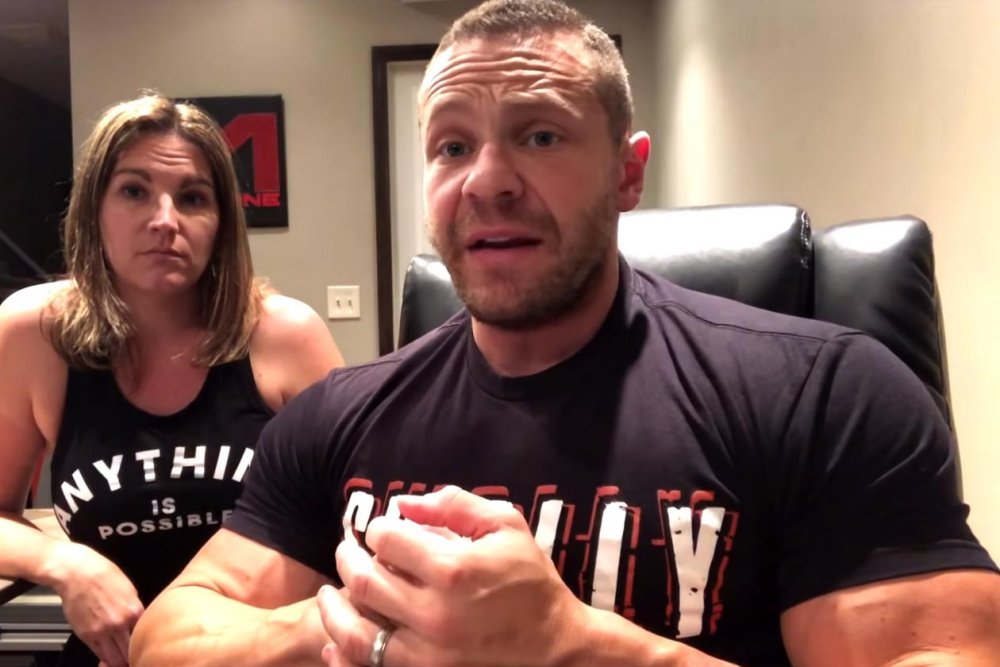 Marc “The Machine” Lobliner has been a driving force in the fitness industry for years; in fact, he’s been a social media influencer long before that was even a thing. His career started many moons ago, working for the Weider empire, as well as helping to build industry giants like Scivation. He was also a pioneer on YouTube, which at the time was a novel video-sharing platform.

Very few people, much less Fortune 500 companies and network television stations, ever contemplated how big the platform would become. When Google bought it and Adsense started paying people big bucks to quit their day jobs and focus on content creation, Mark had was already onto creating strong presences on other platforms (e.g. Instagram and recently Tiktok). The fact is, he’s coined terms like “it’s not a game,” shot the pec bounce to fame, and started most, if not all, his videos with the classic “BOOM!” If there were ever a bodybuilding trivia game, like Jeopardy, an entire section could be focused on Lobliner. The guy was able to create a formidable brand, in himself, that’s given him tremendous endoring power. Whether it’s companies he owns on his own – or – companies in which he’s a partner in, they all have received a great benefit from being associated with him.

As a fan and friend, I couldn’t even tell you all the businesses Marc is a part of. You’ve got Tiger Fitness, MTS Nutrition, the Ambrosia Collective, the Outright Bar, 015 Nutrition, as well as numerous investments in a wide range of things, from gyms to who knows what? He’s a husband, father, home owner and author. He’s also, now, an IFBB Pro League Pro. That, all, being said, none of the major bodybuilding outlets seem to want to give him the time of day. I simply can’t explain it, but I can try.

Bodybuilding coverage has changed dramatically over the years. Where it’s at today, is kind of like where the rock clubs of Hollywood were in the 1980’s and early 1990’s. Clubs didn’t hire popular bands to play, rather, popular bands payed the clubs to play. Big websites and the last of the remaining bodybuilding publications don’t reward the talented with coverage, rather, they give their coverage as part of multi-faceted deals to advertisers. If you pay enough, your athletes will get honorable mentions, articles, and quite possibly, even covers. Have you ever noticed who gets the lion’s share of the exposure? Compare those who are featured with the companies that sponsor the platform in question and you might start seeing the bigger picture. But there’s more to it than that.

A lot of websites only want to feature that which will garner them the largest number of hits with the most minimal amount of work. If you read the first paragraph to this article, you have everything you need to make an interview with Marc Lobliner a huge success. I’ve basically given you the guy’s bio in a succinct collection of sentences, all in one paragraph. If you stuck to those talking points and used highlights from that write-up in your promotional materials, you could have a slam dunk, but of course, it’s easier to simply repost IG stories, talk over them, and “break” stories.

In reality, much of what bodybuilding media is, today, is recycling other people’s personal posts, with some kind of spin by traffic-hungry outlets looking to outdo themselves. This is perhaps why many of the social media influencers don’t cover Marc turning pro. It could also be, that they see him as competition.

Perhaps, they see his monumental accomplishment of earning IFBB Pro status, as just that. They recognize the fact he’s a fighter and that he persisted, but the last thing they want to do is give him press for it. Instead, they rather ignore it. That’s not being an influencer; it’s being insecure. I think if a good influencer would talk Lobliner up, bring him on, and really use that content to inspire their followers, everyone would win.

Why does everything have to be negative? Why is everyone so into just promoting themselves and their endeavors? In reality, the only time other people get mentioned, is either to attack them, dog-pile on them when they’ve done wrong, or speculate about things so inconclusive that future retraction videos are all but a forgone conclusion.

That said, I’m not super surprised that channels like Nick’s Strength And Power don’t take the initiative to invite someone like Marc Lobliner on. Nick is far too insecure to even report the news of it happening. While he has 1.1 millions subs, he’s so into his own journey that I don’t think he’d allow himself to give some spotlight to a fellow influencer. Still, though, not even a 60 second clip to congratulate the new IFBB Pro? That’s just sad.

I must say, however, that I’m both a little supresied and also pretty disappointed in the established bodybuilding media outlets. I’m talking about RXMuscle, Muscular Development (where Jose Raymond has a program), Generation Iron and a few others. Unlike NSP and the like, these outlets are tried and true fitness media organizations that understand just how difficult it is turn pro in bodybuilding, they know all about Marc and what he’s done, and they have a pretty solid understanding of what he could do, now that he has pro status. They’ve worked expos alongside him, many of their readers buy his products and subscribe to his feeds, and the fact is, Lobliner is totally relevant to what it is they do, to what it is they’re all about. If they brought him on, he could talk about training, nutrition, social media and overcoming life’s many hurdles.

That’s another thing. When you interview a Masters-age pro, they’ve lived life. They have far more life experiences than a twenty-something kid who’s maybe a few years out of his parents’ care and knows nothing about nothing. Afterall, who has the greatest disposable income, who’s really buying the supplements, tickets to bodybuilding shows, and keeping the industry going strong? It’s not teenagers and college students, rather, its working professionals in their 30’s, 40’s, 50’s and beyond.

Nonetheless, Masters competitors get, largely, ignored and here you have a guy who turned pro as a Master, already eying open shows like the 212 Olympia. He’s not a guy who earned the card and will call it a day. He has big plans for competing as a pro and growing the sport. The problem is, no one INSIDE our industry is calling him for interviews. That said, he’s not staying quiet. He’s got a ton of appearances locked in, OUTSIDE, of the bodybuidlg world. And while that will,undoubtedly, grow the sport, it’s still very sad that the sites who should care, don’t.

I’m not sure what to make of all this. I hope my article will make the rounds and that my contemporaries in the bodybuilding press will take it as a suggestion to maybe reach out. I’m not trying to hate on anyone, but I do want to shed light on what I feel is an injustice. I don’t feel the fitness press has done right by Marc Lobliner. Do you?