Is It Possible for Esports to Become Larger Than Real Sports? 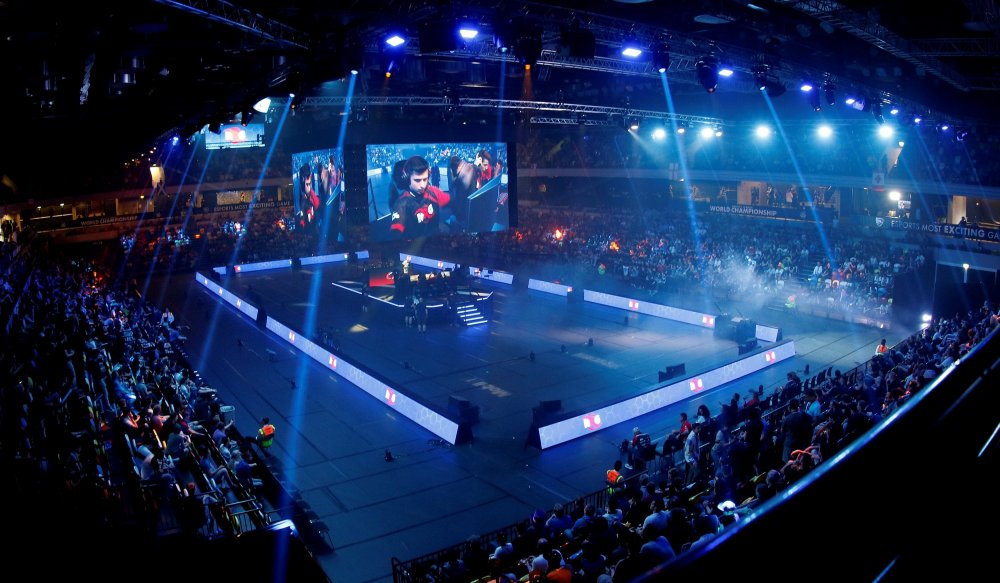 Do you remember being a kid and thinking how cool it would be to play video games all day long? Even better, the ability to grow up and play them as your career and get PAID to do so? Well, that reality is here thanks to Esports, and despite what the diehard sports fans will say, they are taking a legitimate shot at knocking off many real sports in terms of popularity and viewers.

Richard Tyler Blevins, better known as Ninja, is one of the most well-known gamers in the Esports arena – and it’s not just due to his colorful hair. With more than 12 million subscribers across his platform, Ninja rakes in $500,000 each month from playing Esports on Twitch. For those who suck at math (my hand is raised), that’s $6 million per year.

While $6 million is a great yearly income, that’s only PART of what he makes. If you go back to 2019, Forbes reported that he made $17 million for the year thanks to his streaming, YouTube channel, merch sales, and sponsorships such as Adidas, Red Bull, and Uber Eats.

Ninja has even introduced millions of people to the world of Esports when he decided to start live streaming with celebrities like Drake – showing everyone around the globe that playing video games is “cool.”

In the grand scheme of things, the world of gaming at its core is still very niche in terms of an audience. It’s not like a 74-year-old man is sitting down at night to watch Ninja play Esports like he would a baseball or football game. However, more and more people are getting introduced to the world of gaming, and the excitement continues to build.

Looking at who the core audience is for Esports, you’re looking at most being millennials, who tend to be wealthy, and most of which are males.

Syracuse University put together an infographic that looks at Esports viewership in the United States for 2021. What they found was that the NFL is at the top of the list with 141 million viewers. Who’s behind the NFL? It’s Esports with 84 million views. While there is quite a difference in views comparing the two, the fact is, Esports is beating out MLB, NBA, NHL, and MLS – and not by a small margin either.

Let’s think about this for a moment. You have huge household names like Lebron James, Steph Curry, and other athletes who make millions of dollars playing sports on national television, yet Esports gets more views than the NBA. I want that to sink in for a minute. Mind you, the same 18-34 audience that watches the NBA is also watching Esports. In fact, 73% of Esports viewers fall in that demographic.

If you were to look at the trends and growth of Esports over the years, back in 2016, only (I’m laughing as I type “only”) 270 million people were interested in Esports. Fast-forward to 2020, and 495 million people are into Esports.

The Game Is Constantly Changing and Evolving

When looking at traditional sports, there isn’t much that changes or evolves. The rules may change here and there to protect the athletes, but the core gameplay really never changes. Yet, when you look at Esports, the game is constantly changing and evolving. You may be asking why this matters and what the point is? Well, think of it this way… if you are an NFL athlete, what would happen if you’re forced to play in the NHL next year if you want to make money? They better figure out quickly how to get good at hockey, right? That’s essentially what happens to Esports players.

Years ago, games like Starcraft II, Counter-Strike, and League of Legends were hot in the gaming community. Then a few years later, things like Overwatch, Hearthstone, and DOTA 2 were hot, leaving the other games to basically be forgotten about. Move forward a few more years, and you have Call of Duty, Valorant, Fortnite, StarCraft II, Super Smash Brothers, and FIFA. Get the point? Esports is constantly changing and evolving by introducing new games as they are released to the market. Gamers need to get good at each game if they want to continue building their following and making money. They can’t rely on the old games to keep bringing them revenue.

You even have teams now being formed who play other teams. Gary Vaynerchuk is an Esports team owner and believes Esports is the future and it will continue to crush traditional sports on television for years to come. He views gamers as being the next “athlete” getting paid millions of dollars while also building their own personal brand as a gamer, which opens up the door to sponsorships and huge social media followings (we all know social media is now the gateway to building wealth and a brand).

In fact, they can make you wealthy if you get good enough at them. With many different leagues, tournaments, and ways to win and earn money, Esports is no longer looked at for “nerds” who sit in their basement all day long, playing video games. What used to be looked down on as something only introverts who wanted to stay indoors would do for fun, millions upon millions of people now accept it as a norm and something they will sit down and watch (even without being a gamer themselves).

Esports has gone global. People from all over the world can connect and play against one another in real-time over the internet. While Esports is only available via live streaming, that’s not to say in the future, it doesn’t get picked up for national television. There are plenty of platforms on television that could benefit from picking up Esports as it fits within their realm of topics.

Don’t sleep on Esports. It’s definitely not going anywhere, and it’s growing by the year. Who knows, maybe in a few years, when television networks find they can stream Esports and make more money, they’ll be less willing to put on baseball? After all, money makes the world go around, and if something isn’t producing, it can very easily be replaced. Even scarier to think, this whole Esports thing is just starting to get big.

Let’s see where Esports is 10 years from now. That would make a fun article looking back on everything I mentioned in this article.