How To Deal with Internet Trolls and Haters 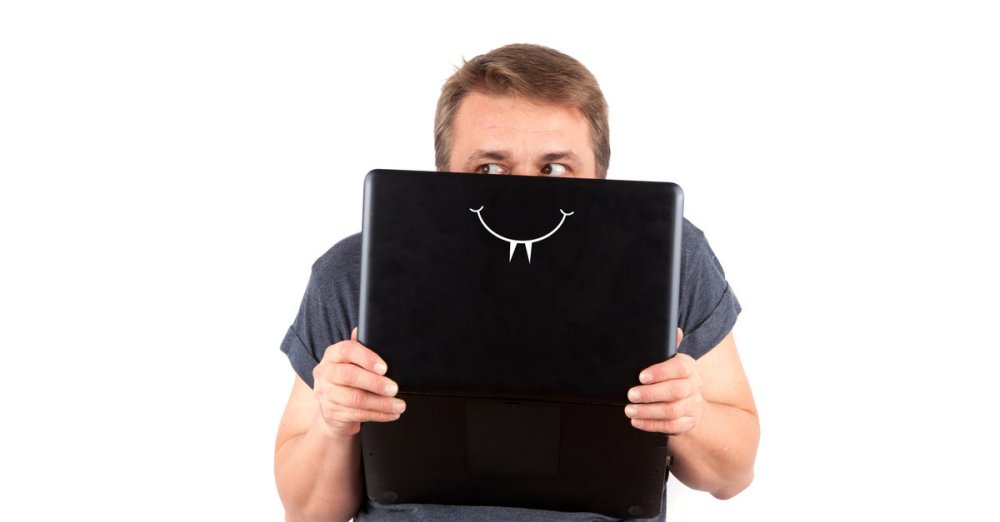 About two weeks ago I was tagged on a wall post from fellow Iron Magazine staff writer, Matt Weik, on Facebook. Matt is a very talented writer and well respected figure in the fitness industry, so naturally, when he tagged me on a post, I had to see what was up. Much to my chagrin, however, it was a post asking for answers to a very irrational situation.

He basically put up a thread, where he screenshotted a message from a well known internet troll, attacking him, and oddly enough, attacking me as well. What did I do? How did I get dragged into this? Well, here’s the deal, the troll in question, which I refuse to mention on anything I do by name, is a well-known clown, who has never worked for any bodybuilding media outlet, I believe competed in one contest, and lurks in a number of bodybuilding message boards, hoping to hear about anything even remotely newsworthy, so he can run to his computer, turn his webcam on and pretend to be a journalist.

In a very real way, this type of wanna reporter / internet troll is an innovator. That’s right; I mean who else does this and made it famous? If you said Nick’s Strength And Power, I’d say, “give that man a cigar!” The internet troll in question uses his recycling/reporting of news for commentary purposes; he also uses the stories as a way to take jabs at people like Matt and others. These digs are totally unwarranted because no one ever thinks about the troll in question, let alone would take time to include him in their video productions or articles; however, the troll can play the victim on his platforms and uses that to draw unsuspecting would-be viewers into following a feud, that in reality, doesn’t exist. By this troll making people think he’s got a long running grudge with someone on Matt Weik’s level, it makes the misinformed believe that this troll is also on a similar level. This is just one way trolls try to get a leg up.

When I told Robert DiMaggio about the thread, he didn’t understand why Matt put it up to begin with. I think Rob expected Matt or myself if put in that situation, to simply ignore the troll. Why give him any attention – that only emboldens people like this nutjob to do more heckling. And while I would normally concede that that’s the correct way to deal with these weirdos, we’re all human.

I don’t think Matt has had the number of interactions I had with this character (many years ago). I think he may have thought that he could reason with the person, make his case, and clear the air. There’s also wisdom in that. Sadly, however, you can’t rationalize with irrational people. In the vast majority of cases, if you find yourself dealing with a hater in the fitness industry, you’re basically damned if you do and damned if you don’t. Haters, unlike trolls, cannot be won over. It’s simply impossible.

Now I know Matt knows this, but you may not. In the industry there’s a distinguishable difference between haters and trolls.

Trolls, for the most part, just like chaos. They really don’t care who’s IG LIVE they hijack or whose videos they leave crappy comments on or which natty they feel the need to expose as being a fake. Trolling can just as easily be targeted, as it can be random. In reality, most trolls don’t care enough about their victims to study their histories, learn their online schedules, and/or go after their supporters. If someone’s LIve when they’re on, they’re fair game. There’s no deeper meaning; they just want to raise hell. With haters, on the other hand, it can be quite personal.

Haters usually have a personal issue with the person(s) they’re going after. They study them and are ready to strike whether they enjoy successes or failures. They hold grudges and sometimes even imagine fights that never happened. These people you may or may not know, they also may or may not emerge from anonymity. Their goal isn’t to create havoc with random people, rather, they want to be as pestersome to their target as possible. Sometimes they have a goal, as well.

I’ve had haters that wanted to run me off IronMag TV, others wanted to see my show on MD come to an end. Hell, I have haters that hate that I write articles for Iron Magazine!! They obviously hate that Matt writes here, too, and just imagine how livid they must be as the publication rakes in the number of hits each month that it does!!

Hits and analytics don’t lie!! People love my articles and Matt’s. They can’t get enough!! Rob is also a writer in his own right and put out some great articles. There’s also some real gems written by Geoff Roberts from years past, as well. In any event, what haters hate the most, is seeing their targets grow more successful. Still, there’s more to this than meets the eye. Simply ignoring your haters isn’t ideal, either, at least not in my opinion.

If peace of mind is what you desire, then ignoring haters is probably the best approach. No matter how relentless haters may be, they don’t have the resilience of trolls. Trolls are out for chaos, so if one person or outlet ignores them, they’re on to the next. That’s why you’re always going to have trolls coming or going, so long as you have any sort of social interactive platform. It’s not personal, it’s actually quite the opposite. Haters, however, will eventually stop. While they may always harbor ill will towards you, they eventually will go away after being ignored for enough weeks, months, and/or years. That being said, you may want to feed your haters from time to time.

There’s the old saying “don’t feed the trolls,” or do feed them, but I think that’s misguided. Trolls you ignore, but haters you could feed from time to time, and here’s why.

If your goal is to gain more followers and/or become more talked about in the industry, then feeding your haters from time to time is actually not counterproductive to you widening your net in the bodybuilding world. Unlike trolls, who will heckle anyone, haters will spend morning, noon, and night tearing you down. While that may seem like a nightmare to most, to those of us who understand how the fitness industry works, having a driven hater is almost like having a paid publicist.

While most of what haters say about you is nothing but lies, most haters have little to no credibility, however, people still hear and read what they have to say. If anything, it’s the elevator music of the scene, but it’s still there. The best haters are the ones everyone laughs at, but who may also manage to spark someone’s interest in the person whose downfall they work so tirelessly to bring about.

All in all, you have to study each situation. Each hater is different and the last thing you want to do is make the mistake of thinking that they’re all harmless and that the net is all for fun. The vast majority may be harmless, but all it takes is getting tangled up with the wrong one. You can feed the trolls and the haters, but be smart about it. This means, be strategic, but also guard the information that truly matters. Don’t get cocky and assume you’re invincible. Dealing with these types of individuals is really a science.

Newer Post
The Many Health Benefits of Apple Cider Vinegar
Older Post
Shaun Clarida Should Compete in Open & 212 at The 2022 Mr. Olympia!