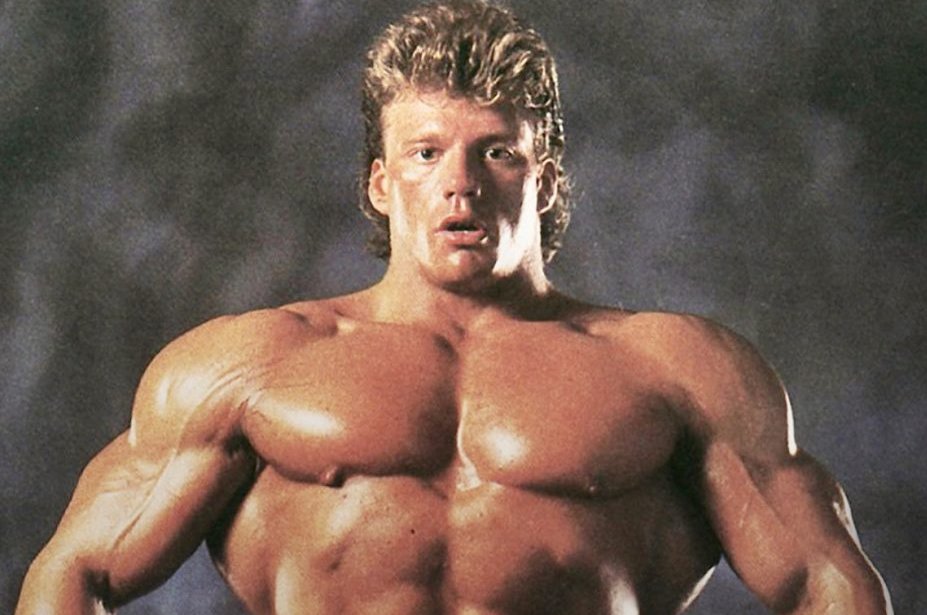 The death of legendary NPC bodybuilder Matt Mendenhall has rocked the world of bodybuilding. Many considered Matt to be one of the greatest amateur bodybuilders who never earned his IFBB Pro League pro card. He competed seven times at the NPC Nationals, taking runner-up three times, as well as competing in the USA’s and a number of other high profile contests, particularly in Ohio, where he was from.

In fact, Mendenhall was from Cincinnati, a city I know very well. I’ve trained at gyms there, worked in its downtown, and know a ton of people from the area, particularly having helped run Posing Seminars in northern Kentucky and southern Ohio. Everyone has heard of Matt, but it goes far deeper than that. When you think of hometown favorites, you think of a person who comes up often in conversation and who’s held in the highest regards among fellow athletes, coaches, fans and press. When we look at the bigger picture, whether talking about the United States or internationally, his name produced a great bit of nostalgia among purists of the sport. Unlike today, when competitors carefully pick which contests they’ll do, oftentimes, just doing a lone national qualifier and a lone pro qualifier per year, Matt competed at a number of contests, putting 110% into earning his pro card. His diet and training were spot on, his posing consistently got him top honors, but injuries sidelined him time after time.

I know it’s politically incorrect to imply that getting pro cards today is easy, but when you look at how the sport was in the 1980’s, you really have to admit that it’s night and day compared to today. I don’t just mean easier for other divisions, I’m speaking directly to bodybuilding – then vs now.

Today, there’s a number of ways to get that card. In fact, at certain shows, a guy who places 3rd in his class can get a card if 1st and 2nd place already got them by competing in other classes. Such a thing in Matt’s day was unheard of. Although he retired young, he continued to be a driving force and a source for inspiration for countless athletes.

Matt competed often, especially at the Nationals, taking 2nd’s to huge names like Lee Haney, Mike Christian, and Gary Strydom. When you stop to think about it, very few guys ever really pushed Haney, but Matt was one of them. The 8x Mr. Olympia has often conceded that point and talked about Mendenhall’s amazing genetics.

What I find absolutely insane is how many legends considered Mendenhall as an uncrowned Mr. Olympia. How many competitors, who don’t turn pro, are considered by their peers and by the media, as being someone who could have gone all the way to the top? That’s truly special and it’s not something that was said posthumously speaking. This was a running commentary throughout the 80’s, 90’s, and today.

Some opined that what kept Matt from turning pro wasn’t his injuries, but his mindset. We’ve heard similar arguments made about Flex Wheeler in the 1990’s. I guess everyone’s opinion is valid and everyone can make a case for whatever point they feel the need to defend; however, I don’t know that mindset, alone, could be the reason this amazingly talented bodybuilder took so many top honors, but always fell short. Who knows what the main reason was behind him never earning pro status, but the physique he built was timeless. He was able to bring size, condition, and great symmetry. He had no weak points and had the kind of look that could have made him an incredibly marketable pro.

Bodybuilding is about physiques. Matt had great arms, a huge upper body (with a super detailed back), and wheels that some have compared to Tom Platz. Let’s not gloss over that last point. It’s not like the comparison to Platz was made decades after his run. Platz peaked between ‘80-‘83 and Matt was tearing up the amateur stage maybe 3-4 years after that. That’s how good Matt’s legs were. Like I said, the guy was utterly flawless.

His posing was a crowd favorite, from the poses to the transitions. Although he never won a national title, his demand seemed to soar. He was a favorite of promoters and made a truckload of money doing guest postings and other appearances. Still, he was never able to get the elusive card. Imagine how his life would have changed had Matt won the ‘86 Nationals instead of Gary Strydom. They were both posterboys for the sport and the lifestyle. Gary would go on to win major bodybuilding titles and be the central figure in Vince McMahon’s World Bodybuilding Federation. The WBF was basically Strydom’s federation; who knows where Mendenhall could’ve gone had he been announced the winner.

Another big question, for me, is what would have happened had Matt not retired so young.

Back in the 80’s and 90’s age was a major hindrance for professional athletes, particularly in physique-based sports. Some guys would actually work hard to keep it a secret. We saw some of this play out in the early 2000’s, as well, particularly when it came to how supplement companies signed and marketed athletes. Anyone beyond 40 was essentially on their own. It didn’t matter how great their physique was, the industry was all about youth (and the perception of it).

Today is a different ball of wax, with guys competing well into their late 30’s, 40’s, and even into their 50’s. With the exception of Al Beckles, most guys, then, were pretty much done by their 30’s. Haney retired in his 30’s and Matt hung ‘em up at 31.

The fact is, with so many deaths in our sport, just over the last couple of months, the news of Matt’s death couldn’t have come at a worst time. We don’t know what the cause of his death was, but we will certainly mourn his passing and wish he could have been with us much longer. When you think about it, sixty-one is very young, by anyone’s standards and this news story, truly is, a tragedy.

What will you remember most about this legendary bodybuilder? I will remember him for his great physique, his will to succeed, and his love of bodybuilding and fitness. I hope you leave a comment wherever you may see this article. Despite all the deaths and tragedies, I’m very proud of the fans and the media, for treating these matters tactfully. Every video I’ve seen has been respectful and tasteful. That’s the way it should be – always.

RIP Matt Mendenhall, you WILL be missed.