by Christian Duque It’s important that children and young adults eat nutritious breakfasts. After all, we want them to grow up to be strong and 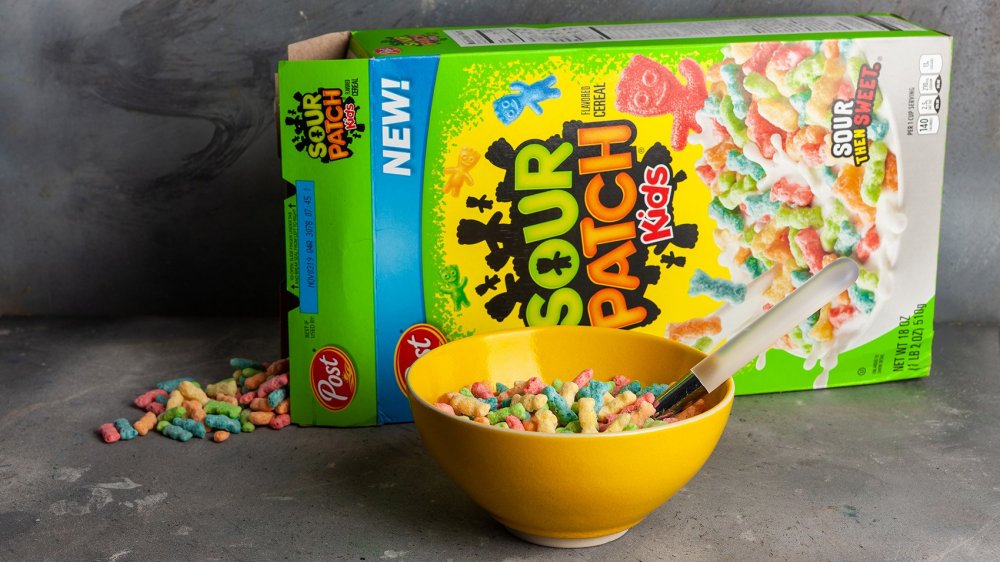 It’s important that children and young adults eat nutritious breakfasts. After all, we want them to grow up to be strong and healthy. There’s a variety of great, easy to prepare, and inexpensive meal options you can prepare. Unfortunately, that’s not the topic of this article. Today, I’ll be discussing cereals that give children options like oatmeal cookies and cosmic brownies. You know, the essentials of good health. That’s right folks, because in a country devastated by obesity and adult onset diabetes, we can always use more sugar.

Now of course, it’s assumed that most people who eat cereal, will put a splash of cow’s milk in there, right? The recommended amount is between half a cup and a cup. Between that amount of dairy plus the negligible amounts of protein and vitamins/minerals in the cereal, coupled with the RDA ‘s laughable numbers when it comes to macros, and you’re left with enough nutrition for a peacock.

The truth is, most cereals are garbage. They have practically zero nutritional value and if you remove cow’s milk from the equation, you’re basically eating sugar. Plus, most of the milk-alternative market is now dominated by almond drinks over soy ones. Although soy is said to raise estrogen in extremely high amounts, it packs a good amount of protein. Almond milk, however, doesn’t have much protein. Drinking almond milk is basically like drinking water. Most almond beverages have only 1g of protein per cup. So if a kid eats a bowl of sugary cereal with essentially half a cup of almond water, they’re going to spike their insulin, get all their calories from sugar, get no protein and no good fats. And what’s crazy is that breakfast is said to be the most important meal of the day. What a way to get started!

I’m sure many of you remember when you were in school and I’m sure many of you are parents. I know I hope to be one, some day. In any event, most school days start at around 8AM with lunch around noon, followed by 2-3 hours of classes. Although classes can be structured during different times of the day, imagine if most of the core classes were in the morning time. The sugar spike created by most morning-time cereals would be gone by the time the kids arrived at school. From there, they might sneak in more snacks (all sugar-based) or go hungry until lunch – and don’t get me started on school lunches because many are foods they wouldn’t give to prisoners (remember “pink slime?”).

Imagine young kids wanting to learn, while essentially, starving. I’d imagine that would play a factor in their concentration, comprehension, and retention of information. It might also account for mood swings, anti-social behaviors, and distractedness. Again, I’m not a doctor, a scientist, a nutritionist or a mental health professional, I’m just a guy with some common sense making rational observations. It’s one just one of those things that speak for themselves. Most kids, adolescents, and even, adults, who ate a nutritious breakfast would far excel those who didn’t, but that’s just my opinion.

Sadly, convenience dictates what many of us eat. There’s no judgment here. I understand how busy people are, particularly working parents. Many simply don’t have the time to make eggs, old fashioned oatmeal, cut up fruit and pour milk and orange juice. For many, today, the scene I just described is something they’d see at a restaurant, maybe at a good hotel, but certainly not at home and certainly not everyday. Times have changed. There was a time when one parent stayed at home, which was a huge undertaking, and the other parent went out to work – also a huge undertaking. Both parents did what they had to and the children they produced went on to make America the most powerful country in the world. That all changed with Generation X, especially the Millenials. The economy changed, as did society. Being a homemaker lost most of its glory, either for men or women. No one wanted to be stuck at home and few saw the value in the children coming home to do homework and enjoying family time.

While this article may seem to be aimed at sugary cereals, there’s a lot more going on. Most kids, nowadays, lack the foundations some of us older people enjoyed. As both parents work, kids spend more time at school and daycares, where the food provided is just barely better than the convenience foods given on the run at home. Whereas convenience is the name of the game at home, money is the name of the game at schools – the cheaper, the better! After all, what more could you expect from politicians and career bureaucrats? If they could serve sawdust, legally, they would. In any event, that’s the sad state of affairs we’re living in. And things aren’t going to get any better – they’re only going to get worse.

It’s bad enough that supermarkets strategically position snack foods all around registers, some placing them directly beside the cashier, but to start familiarizing the cereal-consuming public (which are mainly children) with oatmeal pies and cosmic brownies, is kind of f*cked up. I won’t lie, when I first saw the concept I got excited, but that’s because I’m no different than the next guy, I’m also addicted to sugar. That being said, once I processed the bigger picture, I put the box back and reflected a bit. Maybe it’s just cereal and maybe it’s something delicious to eat and maybe kids who eat it, also have eggs, multi-grain toast with almond butter, and a glass of fresh-squeezed orange juice and maybe this run-on sentence is a bunch of bullshit and we should all know better.

In any event, what’s your take on cereals based on cookies, oatmeal pies, and honey buns. To me, it’s almost like a candy version of Marlboro cigarettes or juice boxes themed with Jack Daniels. Maybe there’s nothing wrong with that, maybe there is. I look forward to reading your feedback in the comments.

Loading...
Newer Post
Why Do You Work Out? Everyone Has A Backstory Worth Sharing
Older Post
Jose Raymond Eyeing Up a Comeback to the Bodybuilding Stage