G FUEL RTD: A Game-Changer or Game Over? 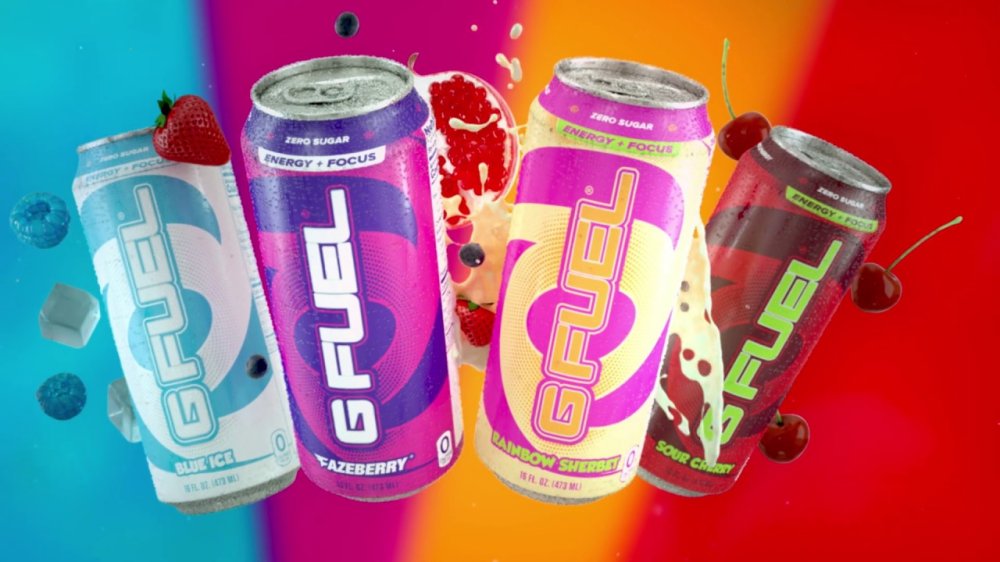 The gaming market has exploded, and I don’t see it going anywhere other than up. Back when I was a kid, if you told me that gaming would turn into a “sport,” let alone millions of kids would sit in front of their computer and watch other kids play video games, I would have said you’re nuts. But that’s precisely what’s going on with the esports market these days, and the G FUEL RTD was created for those types of individuals.

Here’s the thing… if you walk into your local gas station and browse the drinks in the cooler, you’ll probably notice at least a couple of doors are fully stocked with energy drinks. They’re literally taking over the cooler space due to their popularity. Well, I walked into my local Sheetz and noticed on their app that they had an offer for a free G FUEL RTD. I’m not one to pass up a free energy drink, so I grabbed one to see what all the fuss was about.

Before grabbing a can of the G FUEL RTD Peach Rings, I had zero desire to give these a try (I’m just being honest). Thanks to the promotion, I’m glad I did. Now, I will say this… I’m not a gamer. I don’t have time to sit down and play video games (I’m too busy writing these articles for you, haha). The packaging is CLEARLY catering to the gaming community as there are different game characters on some of the cans, and the one I got just so happened to have Sonic the Hedgehog on it. While I know who Sonic is, looking at the packaging, it’s not something I’d ever gravitate to or even consider when looking at the available energy drinks at a retail location.

That being said, not all of their cans are tied in with game characters like the limited-edition cans that I found are. The non-character cans seem to all have a swirl pattern on them of varying colors that ties in with whatever flavor that specific can is. But it does make you wonder what some of the oddly named flavors actually taste like, such as Tetris Blast and Scorpion Sting. I used to love me some Tetris and Mortal Kombat back when I was younger.

Touching on the gaming market for a second, G FUEL has done a great job landing some big names to pull in an interest from the esports arena as well as the YouTube world by locking up a deal with personalities like PewDiePie, Roman Atwood, KSI, xQc, and Logic, to name a few.

When I got home, the first thing I did was look at the profile of the G FUEL RTD. To my surprise, it’s literally just like every other energy drink out there in terms of ingredients (for the most part, I’ll get into differences in a minute). Yet, this one had more caffeine compared to some of the competitors that sit next to them in the cooler. At 300mg of caffeine, this 16oz G FUEL RTD can pack a serious punch for those stim-junkies out there.

The specific G FUEL RTD that I picked up also contained ingredients, such as l-tyrosine, vitamin C, l-theanine, niacin, vitamin B6, vitamin B12, green coffee bean extract, and green tea extract, turmeric extract, tart cherry, blueberry, broccoli, and kale that make up the patented S7™ antioxidant complex we see in some pre-workout formulas. Many of these ingredients you’d be hard-pressed to find in their competitors, which I thought was interesting.

The nutritionals on the G FUEL RTD are comparable to the other energy drinks as it contains zero calories, zero carbs, zero sugar, and zero sugar alcohols. And if you were wondering about the flavor, the Peach Rings flavor of the G FUEL RTD that I had was absolutely delicious.

Now, would this benefit gamers? Certainly. However, you’re not reading this on a gaming website. So, how exactly would this help fitness enthusiasts? Actually, the same way any other energy drink would.

Being that the G FUEL RTD promotes energy, focus, endurance, and reaction, you could use this when playing sports, while in the gym, or even while sitting in the office or classroom.

The G FUEL RTD comes in 17 different flavors, according to their website (at the time of writing this article), which is bonkers. The only other brands that come to mind with this much variety would be Bang Energy and maybe even Reign. If you can’t find a flavor you like from the G FUEL lineup, you may need to get your taste buds checked – as they may be broken.

Why Would You Switch to a G FUEL RTD?

To be brutally honest, there isn’t a good reason. Just like there wouldn’t be a good reason to go from drinking the G FUEL RTD to a Bang Energy, C4, Reign, or any other energy drink out there.

It all comes down to personal preference. Do I like the 300mg of caffeine along with the S7™ antioxidant complex? Sure. I could see myself using this as a pre-workout RTD as well as in the morning to get me primed to type 5,000 words for the day. The added caffeine would hit a little harder than an energy in the 200mg range, and with the added focus and endurance ingredients, it would fit that need nicely.

If you wanted to change things up from the same old energy drinks you’re used to or try a flavor completely different from the energy drinks you’re currently drinking, the G FUEL RTD is definitely a stud and delivers. The price point is just about the same across the board for all of these energy drinks, too, so it’s not like there’s a massive jump in price from a financial standpoint.

Would I recommend the G FUEL RTD? Yup! The profile and flavor are spot on, and there’s nothing I can really complain about or be critical of. But that being said, have you tried the G FUEL RTD? If so, what flavor, and what were your thoughts? Let us know down in the comments.