FTC Announces Brands Can Use “Made in the USA” on Packaging

by Matt Weik The supplement industry has been a target for years now, and lawsuits have been filed left and right for, what many would consider 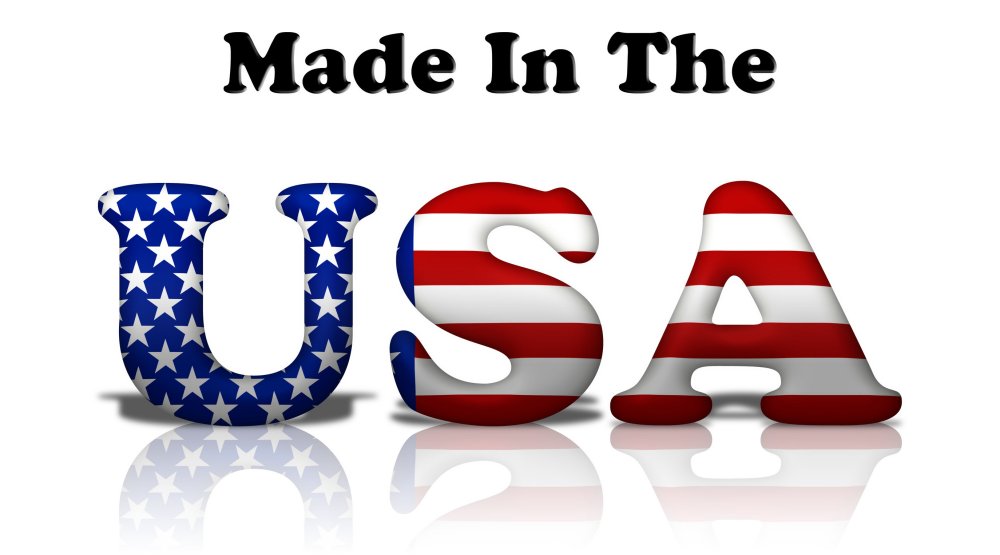 The supplement industry has been a target for years now, and lawsuits have been filed left and right for, what many would consider, the dumbest things. But welcome to America, where people sue for just about anything these days. But who would have thought the use of “Made in the USA” would have been on the radar for the FTC (Federal Trade Commission), and brands were previously told they could or could not have it on their label or packaging?

Well, there has finally been a determination from the FTC, and brands are now able to have “Made in the USA” on their packaging, assuming they meet certain guidelines.

According to the Federal Trade Commission, companies can now make the claim of “Made in the USA” on their packaging as well as in promotions – an announcement that I’m sure many brands are ecstatic about.

For the first time, the FTC says the new rule organizes potential fines for every violation where people are trying to get away with using the claims. Civil penalties of around $43,280 may be taken by FTC if any rule is violated – just follow the ruling people, don’t be made an example of. The supplement industry doesn’t need any more black eyes.

The rule is now there for a wide range of policing according to the FTC, which includes the ability to look for redress, penalties, damages, and other relief from marketers that make deceptive Made in the USA claims on the labels. This rule allows the FTC, for the very first time, the ability to seek civil penalties ($43,280) as per each violation of the rule.

The rule forbids marketers from producing unqualified Made in the USA claims on labels unless the following factors are determined and met:

FTC has stated that the rule is only applicable to labeling claims. They also stated that they will continue to seek enforcement actions against all the marketers that manufacture deceptive US origin claims that fall outside the rule under Section 5 of the FTA Act. The rule does not alter, affect, or replace any other federal regulation or statute linked to country-of-origin labels.

Policing of Claims Increased after NAFTA

The whole process of crafting a final rule on such claims started after the North American Free Trade Agreement (NAFTA) was signed in 1994, and it created a free trade zone between Mexico, Canada, and the United States.

Up until now, the enforcement of the claims has been processed without the penalties being assessed.

Effect of the Rule on Supplements

It is to be noted that dietary supplements are not named anywhere in the document, but the final rule is of utter importance for such manufacturers. Only tiny subsets of dietary supplements that are sold in the US are produced wholly with domestically sourced raw materials.

Loren Israelsen, who is the president of the United Natural Products Alliance, stated that his organization had done some research almost 10 years ago on how much overseas material was present in the dietary supplements that were being sold in the United States. The study discovered that 80% of the constituents belonged to foreign origin.

That fact may prevent many supplement brands from utilizing the claim unless they can prove they abide by the rules mentioned earlier. Does that mean there aren’t supplement companies out there who can use the “Made in the USA” call out? No. But it’s going to drastically reduce the number you’ll see with the call-out on retailer shelves.

Manufacturers of dietary supplements who want to emphasize on their domestic connections must make cautiously written qualifying statements about the inputs of the product(s) they are looking to use the Made in the USA call-out on. For example, they may be forced to use something like “Made in the USA with Imported and Domestic Ingredients.”

Does It REALLY Matter?

It is true that the new FTC Made in the USA labeling rule states their long-standing enforcement policy regarding the US origin claims, but that does not impose any new requirements on businesses perse.

It is quite important now for marketers to make sure they meet the FTC’s requirement for the Made in the USA claims. Besides that, brands and marketers run the risk of going through civil penalties and various other substantial monetary remedies. If you want to stay within the guidelines and not get fined, the rules have apparently been set in stone (for the time being).

What are your thoughts on this? Are you someone who only purchases products that are Made in the USA, or do you not care if most of the materials or production is done overseas? Let us know down in the comments.