Do Top Guys Use Synthol? 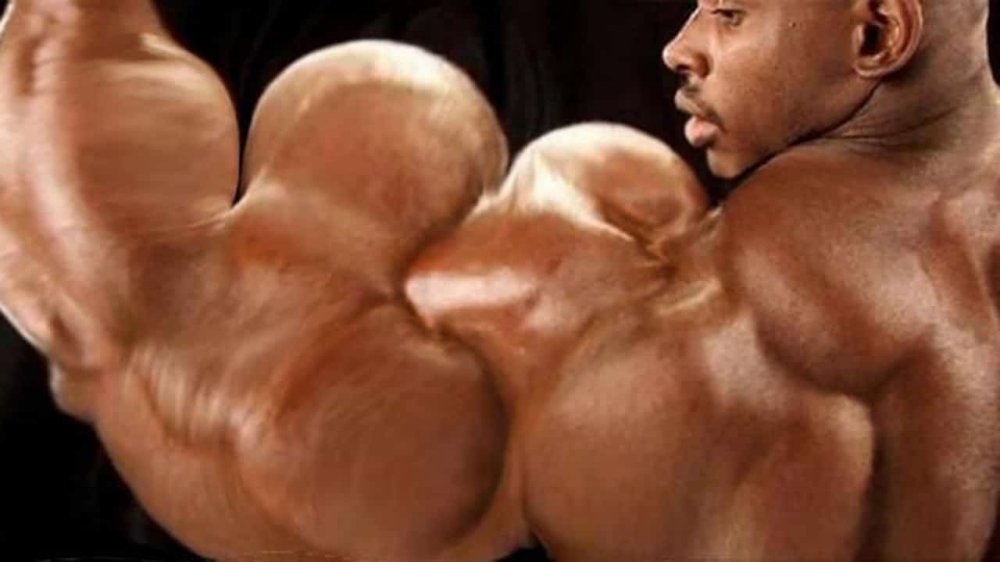 Perception seems to be so big with people. For example, let’s do what we do best – talk bodybuilding! In the fitness industry there are people who look at the sport in a variety of different ways. The purists see it as being a competition based on numerous factors that work towards building the perfect physique. This purview runs the gamut when it comes to performance enhancing drugs and therapies, as well as eating patterns and training methodologies.

Interestingly, I’d say the purists make up the minority of the fanbase. The majority, however, is made up of people who concede there’s AAS use, but are more fixated on the training and eating. The majority don’t believe that the bodybuilders they love, experiment with a far wider range of substances than what they think they do. When talking shop, many fans have almost learnt a scripted lingo when it comes to old school anabolic compounds. They more or less know what they do, based largely on interviews of big stars they’ve watched, but they don’t actually know much. Therefore, they’re largely in the dark to what it requires to get in the shape they love to see at the Arnold and Olympia stages. They don’t really know about diuretics and why they’re so dangerous, they don’t really know about which SARM’s some top pro’s do in fact use, and they especially don’t know about the role site enhancing oils play at the highest levels of the sport.

Do all guys use SEO’s? No. But do most guys use SEO’s? Absolutely. Whether they want to deny using Synthol is one thing, but there are more SEO’s than just one. There’s also ways to transport gear that essentially amounts to site enhancing, but gives the athlete the straight face to be able to ward off questions accusing him of blowing up bodyparts with oil. The truth is, bodybuilding is a subjective sport, so if we give guys a pass on virtually anything to make them stronger, then shouldn’t we be equally accepting of what they use to look better?

One of the key distinctions that makes Bodybuilding one of the toughest sports in the world, is it’s subjective nature. Unlike major league sports where baskets, goals, and home runs determine points, here, it’s all about what the judges see and how they score it. It’s all visual. Do we love to see strong bodybuilders? Of course! That’s why Ronnie Coleman’s DVD’s sold out and that’s why people used to race to newsstands to buy the magazines he was in. It’s the same with Branch Warren and JoJ; fitness fans love to see strong people, blasting music, and clangin weights in a gym. The hotter and more run down the gym – the better. Fans like grit, they like seeing their heroes get through the tough sets, blast through the negatives, and see unrelenting spotters push the champions through forced rep after forced rep. And that’s all great for content, but the judges don’t see it on contest day. The only thing that matters when picking a winner, is who looks best on contest day. All the training and eating factors in heavily. What the athlete and his camp do on peak weak will have a direct impact on the level and quality of condition. All that being said, that may not be enough.

What does an athlete do, when a coach says you need bigger calves, rounder delts, or improvements on another body part that’s just not in the cards for them? I’m sorry folks, but there are limitations to what some people can do. If you have genetically small calves, no amount of training or protein powder is going to make them bigger. Calves are extremely stubborn. So should an athlete with lackluster calves simply give up? What about delts? Delts can be improved, but what if that process takes 3yrs and an athlete wants to win now?

Fans don’t really take the time to think about this side of the sport – largely because they don’t have to. For most, it’s just about the life presented on social media and the look on stage; however, top tier pro’s have contracts, they have financial obligations, and for the really top guys, bodybuilding is their job for the next 5, 10, or more years. This is how they make their living.

For a regional or even national level amateur competitor, the stakes are considerably less intense. They may be competing for fun, others may be personal trainers who already work in the scene, but no one’s livelihood is on the line. Guys who compete actively and who take the brands that support them global can’t take bad placing after bad placing. Even if it is just a trophy, just the opinion of a panel of judges, it does have an impact on following and credibility. Ultimately, a bodybuilder’s following and credibility are his/her calling card, it determines their value to companies, and decides whether they’ll have a post competitive career. A person who doesn’t improve and is content with being a C List pro competitor will fade off into obscurity.

SEO’s have and will continue to play a key role with temporarily briging uping weak bodyparts. What particular one is used is immaterial. The bottom line is, if you want to win at a subjective sport, then you must look your best. Each competitor has a unique structure that calls for unique ratios and proportions. If something is missing, albeit something small, it could throw off the whole aesthetic of the look created. The stakes are very high and what escapes a lot of people is that these approaches contrast sharply from the buffoonry seen online. The champions who opt for this approach don’t do so because they’re lazy. In some rare instances, they have worked for years to improve these lagging muscles; however, at some point, reality sets in. There are things diet, training, and even AAS supplementation cannot change. I make this point because there’s a mindset out there that whoever uses these substances is lazy. They’re not; they have simply come to grips with reality and they are not letting reality hold them back. Further to that, the guys you see online, accused of synthol abuse are clowns, not to be confused with the top champions I’m talking about.

Synthol is code for a wide array of oils, but more specifically to a certain type of individual. The guys we see from Brazil and Eastern Europe that are accused of Synthol use are straight up clowns. They have no physiques to speak of – no wheels, no abs, no chests or back, NO FOREARMS!! All they have huge biceps and triceps. Their arms have no shape to them, there’s no difference between relaxed and flexed, and many have zero strength. The ones who play with fire, are faced with everything from surgeries to amputations to, even, death. These individuals are largely from less developed countries or they hail from impoverished regions of developed nations. These guys aren’t usually well-off, they’re not athletes, and they’re just after attention. They bask in it and they’ll push the limits to retain it. If the media didn’t race to them and if people paid them no mind, they wouldn’t do it. It’s all about attention because there really isn’t any money involved. If you owned a major supplement company, would you want one of these bums being the face ot it? Would you want them to be the physique your powders and pills helped create?

There’s no comparison between the bums on “synthol,” which isn’t even really synthol, to the guys using moderate amounts of legitimate SEO’s to bring up weak bodyparts. Purists might argue that it’s not muscle and therefore whoever uses these approaches should be scored down. Again, in theory I could see credence to that, but in the end, all is fair game to creating the perfect physique. In fact, the top guys who do use SEO’s use so little that it’s more a challenge to spot it. They’re not looking to draw attention to the area they improved, they simply don’t want that area to cost them a good placing or a win. This escapes most critics and hopefully this article will get them to revisit their position. In the end, I think most people would be shocked to know how many guys have actually used a touch here and a touch there before hitting the stage at a contest. I, personally, see nothing wrong with it. Do you?