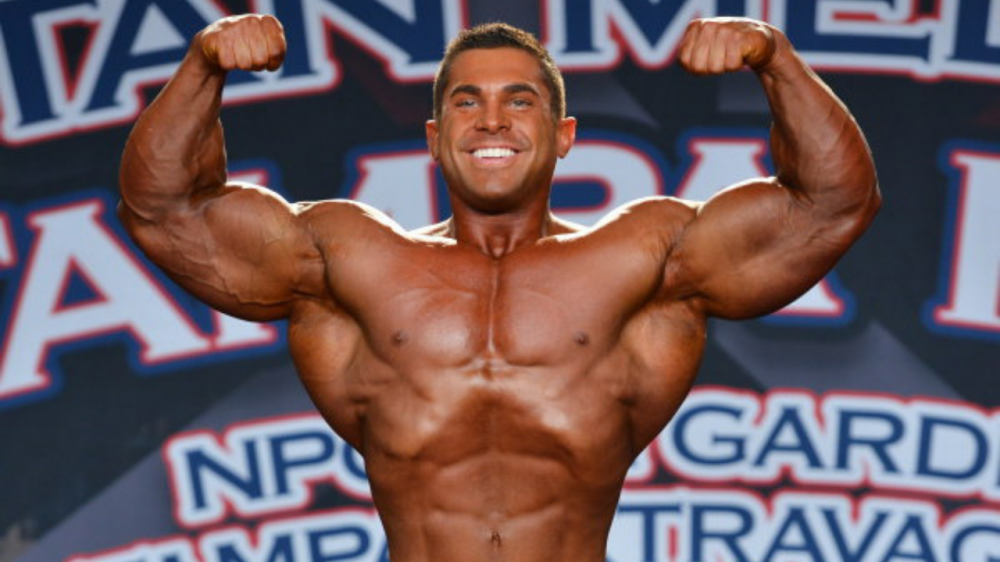 It’s the first of March and there’s still well over 7 months until the 212 Olympia Showdown, once again held in Orlando, FL, but let me tell you, the net is lighting up with speculation as to who will prevail. Shaun Clarida achieved a massive upset in 2020, beating out favorites like defending champion Kamal Elgargni and favorite to win, George Peterson. Back in 2019, when Kamal won, he beat the then-favorite Derek Lunsford.

This past year, Derek looked good and held a commanding 4th place spot in a very deep Top 5. Unlike certain years with the Open, the 212 Division is always cutting edge, largely because all the athletes are in excellent condition, with controlled mid-sections, and small waists. And while the division is capped at a certain weight, that weight is only for weigh-ins. There are plenty of guys on stage that break the 212 mark, sometimes dwarfing their competition.

Everyone up there can look quite massive, but when it comes to actual weight, reigning champion Shaun Clarida is considerably lighter, also giving up some inches in height; nonetheless, the level muscularity he brings, is a gamechanger. You couldn’t pack any more muscle onto Clarida’s frame! In addition to the freakish amount of muscle he packs, he’s also – hands down – the most dense guy up there. With fans already gearing up for the GK/Lion rematch, other fans have their sights set on George Da Bull Petersen, who like Lunsford, brings mass with deep cuts to the stage. Peterson is the guy most fans are looking to, as the guy who could upset the applecart in 2021. How soon people forget. When you think about it, though, there are a lot of similarities between Big Ramy and Derek Lunsford. There was a time Derek was on everyone’s minds, now, he’s, largely, on the d/l.

Could you ever have imagined saying that Derek Lunsford would be under the radar? His whole career has been in the spotlight, from his first year he had it all!! He turned pro, won a pro show, and placed Top 5 at the 2017 212 Showdown. Then in 2018, he was the last man standing next to 212 G.O.A.T. James “Flex Lewis.” At the 2019 Olympia, all eyes were on him to win. While I’m sure he enjoyed some of the press, I’m sure there were probably more than a handful of times, where he must have prayed for some peace and quiet, just to lift and coast into the contest.

In 2020, Lunsford was, largely, out of the spotlight. He was still considered a driving force of the Top 5, but he was very much in the shadows of Kamal and Peterson. I suspect that going into 2022, Derek will be overlooked for the first time in his career. Pundits and bandwagon fans will have started predicting him out of the Top 6. Now mind you, only a moron would put Lunsford out of the Top 5, seven months out, but there will be “experts,” that do so. Again, that’s pretty insignificant because we’re not talking about respected media, but it will mark the first time where an industry favorite’s star fades away, slightly. While that may sound heartbreaking, it’s actually a blessing in disguise.

Remember, Big Ramy, like Lunsford, had the entire bodybuilding world look at them. In 2017, when Ramy took 2nd, everyone was waiting for 2018 to be the year he took it all. Rhoden, who placed 2nd in 2016, got injured quite badly. No one was going to stop Ramy – then he placed out of the Top 6. In 2019, Ramy pulled out of the Arnold and didn’t do the Olympia. By 2020, no one was talking about him. When he did the Arnold in 2020, taking 3rd, people were excited he returned to the stage, but he was no longer considered a favorite to win. In fact, despite the huge # of tickets his appearance would generate in 2020, very few top authorities were predicting Ramy would win. For the first time, possibly in his whole career, The Egyptian Phenom was able to train in peace – with a new coach. What’s to say if Derek can train in peace in 2021, get some press but not a mountain, and break into the Top 3 again. Right now, people might be thinking that 2021 will only see Lunsford drop lower in the placings (2019 2nd, 2020 4th, 2021?). There’s also no better motivation than being underestimated. Look at Shaun? No one – I mean NO ONE – except for me, predicted Shaun would win and he did!! I almost think he got so tired of being underestimated that that was what gave him that last bit of fuel in the tank to seal the deal in Orlando, FL.

Derek has never known being overlooked like Shaun has. But that is not necessarily a bad thing. This might be the perfect downtime so that Lunsford can go to work with his new coach Hany Rambod.

I also have no idea why Lunsford left his old coach, but they were pretty damn close from what I’ve always known. That being said, I hope it was purely business. It’s important to be able to distinguish friendship from business. Derek is still very young, but he’s also been in the game for three years. Once an athlete breaks into the most elite levels of his sport, the stakes get higher and higher. Perhaps the old partnership had gone as far as it could. Perhaps it was just time to try something new. It’s arguable if Big Ramy, for example, hadn’t tried so many different coaches, if he’d still be Mr. Olympia, today. I think that if you want something bad enough, then you can‘t really leave any stone unturned. Hany’s credentials speak for themselves, from Jay Cutler to Phil Heath to Hadi Choopan. Now with Hadi in the Open, maybe Hany is looking to one day have both Mr. Olympias – 212 and Open in his roster. Could Hadi ever topple Ramy? Of course! Could Derek win The 212 – yes, but with conditions.

Derek is determined to stay in the 212, as it seems George Da Bull Petersen is as well, but truthfully, a strong case can be made that they both belong in Open. That being said, both guys have a path to victory, so long as it’s what the judges are looking for. I’m sure the thought has had to have crossed Derek’s mind, but I really believe winning the 212 Olympia Showdown is something he wants more than anything else. I think it’s very much personal. He wants to show the senior guard, guys like Flex Lewis and Jose Raymond, that he had it in him. He also wants to topple the current Top 3. In his mind, he must remember the days when he was beating everyone. The only guy he never did beat – retired. On the one hand that creates a lot of self-confidence in the future, but it can also bring doubt with it as well. Can he beat those he used to beat, today, and in the future? That’s where I think Hany can really make the difference.

Right now, everyone is looking at the Lunsford/Rambod connection with regards to what drugs will be used, what macro sources will be tapped into, and how intense the training will be. Those are all the wrong things to be looking at. What Derek needs more than anything else is a game plan.

I have a feeling that whatever Hany tells him to do, he’s going to do it. I really think that Lunsford is in a place, much like where Ramy was when he linked up with Chad, where the only thing that matters, is winning.. Again, Lunsford is nowhere near the age Ramy was in 2020, but I think he was at his wit’s end and coach-hopped until he found the one he figured was the one. Lunsford may not be coach-hopping just yet, but he has a new coach and a new sponsor. That’s right, it’s a package deal.. Hopefully the move from Animal will treat Derek better than it did another superstar who went for greener pastures, only to be allowed back with open arms. Universal is a great company and I’m sure they’re happy for Derek, despite losing such a fan favorite. That being said, 2021 is a whole new era for Lunsford and I think it’s a new version we all like.

Derek, today, is far more humble, far more keen to the fact that the Showdown brings the very best 212 bodybuilders in the world. Kamal wasn’t supposed to win in 2019, at 48 years of age, but he stunned us all. In 2020, no one predicted Shaun to win, and he did. Unlike the Open where the writing was more or less on the wall, according to experts, The 212 was a nailbiter down to the wire. No one one knew who was actually going to win between the Top 2. That’s how close it was – and the other three guys also – looked phenomenal!! If anything, I think Lunsford is a lot more aware of his surroundings and I think he’s far more seasoned as a top guy. There isn’t anyone in The 212 that you can sleep on – it’s just not that kind of group. Anyone could be the winner!! That’s exciting for the fans and petrifying for the competitors!! Everyone is a threat!!

That being said, having the experience at the top help, undeniably, helps. With a new coach, new supplement sponsor, and some peace and quiet to eat, sleep, and train, I think it’s going to be a very interesting year for Derek Lunsford. Could 2021 finally be his year?

Newer Post
Want to Work in the Fitness Industry? Start a Side Hustle TODAY
Older Post
Does Shanique Grant Have a Point? Is It Impossible to Make a Living Competing?