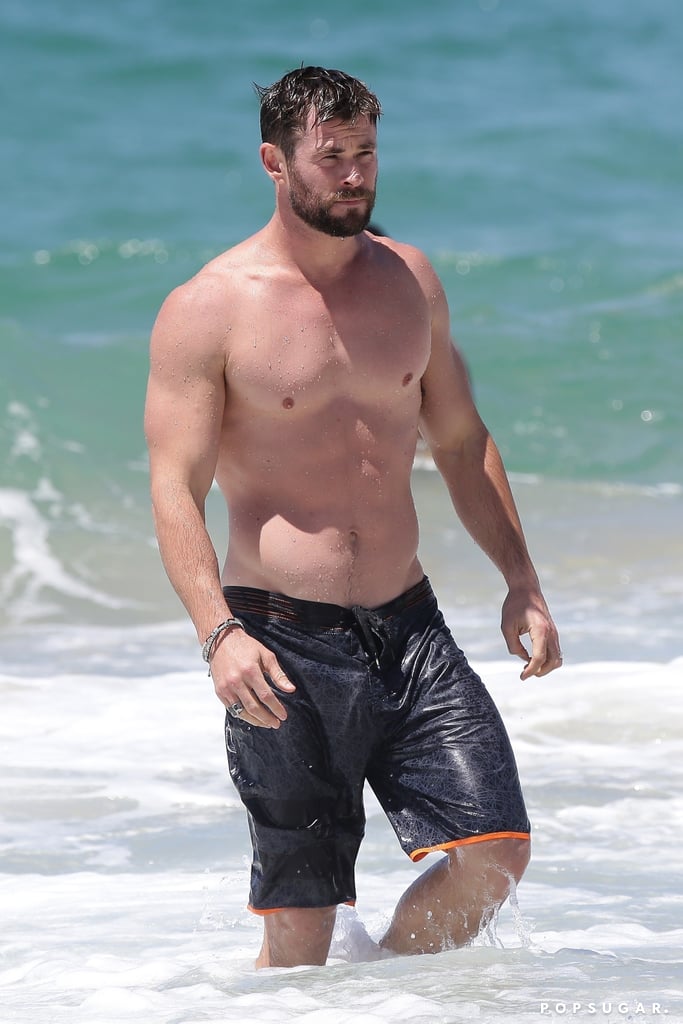 If there’s one thing that drives me nuts, it’s when bodybuilding gets thrown under the bus and used as a scapegoat. In a recent interview with Chris Hemsworth, he said, “Bodybuilding is seen as vanity, whereas if I put on a bunch of unhealthy weight, or got unhealthily skinny for a role, I’d probably be called a serious actor.”

While reading through what was said on this particular website, it’s not that Chris Hemsworth was necessarily throwing shade at bodybuilding, but rather expressing his frustration with how actors are viewed today. When you think of the roles that Chris Hemsworth has played, many of them are action heroes or roles where he needs to be big and muscular. In my opinion, I don’t see any reason why he would say bodybuilding is hurting his movie career and not allowing him to be looked at as a serious actor in the industry. Is he not making any more? Is he struggling? I’ll answer that for you – no.

But let’s dive into this a little deeper.

Are Muscular Actors Looked Down on These Days?

I don’t think this is the case at all. If it were, you’d have guys like Dwayne Johnson being overlooked for roles. And I mean, heck, he played the tooth fairy in a movie, so explain that logic to me if it were supposedly true. Who in their right mind would use a big muscular dude as the main tooth fairy role in a movie?

When it comes to Chris Hemsworth, as of 2021, it is estimated that his net worth is over $130 million, and he’s only 37 years old. If you’re not “looked at as a serious actor,” how could you have such a large net worth from your career? In my opinion, this Australian actor is killing it on the big screen.

Sure, you could say the majority of his roles are due to his size and looks, but his acting is quality as well. Do you really think Arnold Schwarzenegger got as big as he did (pun intended) because he was THE BEST actor out there, and everyone took him seriously? No. He started out as a mound of muscle that fit a certain role, and then his career grew as producers understood that there was more to Arnold than just his massive muscles. Similar to Dwayne Johnson, Arnold (on top of being the Terminator, Conan, and Commando) starred in and played key roles in Kindergarten Cop, Jingle All the Way, Junior, and Twins, which are not necessarily “manly” roles or what you would commonly assume a bodybuilder would be a main actor in.

You could even look at Sylvester Stallone. When he first started out, he was told he had speech issues that were caused when he was born. The doctors used two pairs of forceps during birth which severed a nerve – ultimately causing Sly’s lower left side of his face to be paralyzed. Due to his slurred speech and facial paralysis, he was turned down by many acting roles. Then came the movie Rocky where he was given an opportunity that catapulted his career and made him one of the most well-known actors in all of Hollywood. But again, he’s known for his look and muscular appearance.

So, I really don’t believe for one minute that bodybuilding has hurt or damaged Chris Hemsworth in any way, shape, or form.

Do We Hold Overweight Actors Up on a Pedestal?

Now, let’s put the shoe on the other foot and completely change directions. If being a bodybuilder is too far out of the norm and wouldn’t look good on the big screen, you’d assume the complete opposite would also be true, right? You’d assume that if you were extremely heavy or morbidly obese that it would cause actors to get turned away from roles left and right, no? Well, that’s not the case either.

I’m not here to call anyone out, as we all know how cancel culture works these days, and I’d get a bunch of hate emails and nasty messages on social media but look at some of the “stars” you see in many movies these days as well as on some of the top television shows on major networks. Are they in shape? Sure, if you consider round a shape.

Some actors and actresses (can you even say actresses anymore, or has that been canceled, and now everyone is just an “actor” these days?) that many have come to know and love are some of the most unhealthy people. Their weight is out of control, and quite frankly, they are a ticking timebomb waiting to explode. Yet, they get major roles and are accepted by not only the industry but the general public and households all across America.

If we can accept actors who are damn near 50% body fat, why would a bodybuilder who is healthy, under 10% body fat, and is merely covered in muscles looked down upon? Would a superhero role really be taken seriously if the star was a 5’8” male who weighed 135 pounds? Absolutely not.

To close this out, I think people need to just leave bodybuilding alone. Stop using it as an excuse or reason why something isn’t going your way, getting you in trouble, etc. I believe people need to look at themselves before they start pointing the finger in other directions. Take accountability for yourself and your actions. If you suck as an actor (I’m not saying Chris Hemsworth does), your muscles and “bodybuilding” have nothing to do with it.