Can the Arnold Classic Columbus Be Saved in 2021? 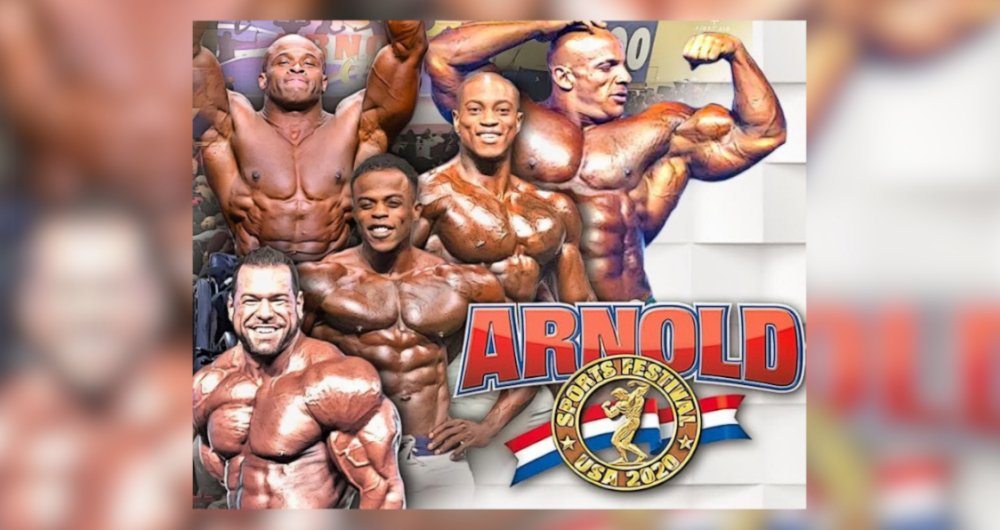 At the time of writing this article (mid-April), the Arnold Classic USA, which is generally held in Columbus, OH, has yet to announce when they will hold their event in 2021. This has many people wonder if we will even see it held this year at all. The Arnold Australia seems to be the only other Arnold Classic that has postponed their event.

Meanwhile, the Arnold Sports Festival website lists that the Arnold Africa, Arnold Europe, Arnold UK, and Arnold South America are already scheduled and still moving forward with their events for the year (at least for right now). With everything that happened in 2020 with the Arnold Classic Columbus, it’s very possible that the show will not be held. Why? Let’s discuss my reasoning and cross our fingers that I’m wrong.

Is the Arnold Classic Columbus Finished?

If you remember what happened at the 2020 Arnold Classic Columbus, it was an epic clusterf*ck, to say the least. Actually, many of us are probably trying to completely forget everything that happened in 2020.

However, the off again, on again back and forth between the organizers and the city of Columbus was enough to drive not only the fans crazy but also the vendors. Vendors from around the globe pay good money to have a booth at what is commonly known as the biggest fitness and bodybuilding expo in the world.

At the last minute, Columbus decided to pull the plug on the expo and not allow the doors to be opened up to the public where people from around the globe travel to try out new products, taste samples, get a glimpse of their favorite brands and athletes, and mingle with other like-minded fitness and bodybuilding enthusiasts. While the opportunity was still there for the fans to see the show, the vendors got the shaft. For many, this is a time to try to grow their business, get samples into the hands of consumers, and launch new products to draw excitement.

Since vendors shipped their products at least a week prior to the show, there was no way for them to quickly change direction and stop their shipment from being delivered to Columbus. International distributors and brands got shafted even harder as it costs nearly an arm and a leg just to ship the product from overseas, not to mention the cost of the product and the huge booth that gets built.

While the Arnold Classic “tried” to do everything in their power to make it right with the vendors after initially telling them they’re on their own and need to pay to have everything shipped back, destroyed, and their booth payment held, it left a bad taste in their mouths. In fact, many of the vendors felt disrespected after all of their years supporting the event – and rightfully so.

The Arnold Classic Columbus promoters sent out an email that was shared with some of us last year that really didn’t answer a lot of the questions people had, and in many cases, what they read from their communication pissed a good portion of them off.

The Arnold Classic Columbus was blindsided by their own city, which I’m sure was frustrating enough, but then on top of it, they needed to figure out what to do for all of the ticket sales and vendors who paid good money to be there. Even the stores, hotels, and restaurants in Columbus got screwed out of the deal as they bank on this event to help them stay in business since it’s a huge draw. The city of Columbus lost millions due to all of this.

While ticketholders were fully refunded, that wasn’t the case for vendors. Percentages were thrown out there of what they could get refunds on, and the other option was that they could roll the money they paid for a booth space into the 2021 event – which leads us to our next debacle. When will the 2021 Arnold Classic Columbus even be held (if at all)?

Many of the brands I’m friendly with and spoke to regarding what happened in 2020 mentioned they will never step foot in another Arnold Classic Columbus expo ever again. And these are brands that have supported the event for years. They communicated to me that the handling of the situation was so poor and mishandled that they would rather spend their money elsewhere (and I can’t necessarily blame them).

So, with the mess the Arnold Classic Columbus promoters have been dealt, it’s not totally out of the realm that they may not have enough vendors who want to show up to even make a profit from the show. And as we know, money makes the world go around and when the money stops, so does everything around it. If the Arnold Classic Columbus can’t come up with the funds to even hold the event, they may be questioning if it’s even worth having it.

The downside of not having the show in 2021 due to lack of funds, however, could have a lasting negative effect. How so? Well, if brands start allocating their spend and budget into other shows, where does that leave the Arnold Classic Columbus in 2022 if everyone has already moved onto other shows and expos? I’m not even sure at that point Arnold himself can pull an “I’ll be back” and be able to bring people back to Columbus moving forward. Could this potentially be the end of the Arnold Classic Columbus? I don’t think so, but it’s going to take a lot of work to get people to come back, in my opinion.

You also have to look at what Dwayne Johnson did with Athleticon. Athleticon was already postponed in 2021 and moved their date to 2022. Athleticon could have been the most hyped show going into 2021, and with that pushed back another year, what’s not to say the Arnold Classic Columbus doesn’t follow suit until they can figure out how to move forward?

With shows already being scheduled into Q3/Q4 of 2021, where exactly can the Arnold Classic Columbus go to have it make sense? It’s an Olympia qualifier, but as we know, the Olympia was moved to October 7-10 and will be held in Orlando, FL again this year – an interesting move considering it’s been held in Las Vegas, NV for as long as I can remember up until last year.

It’s going to be interesting to see how this all plays out. If the Arnold Classic Columbus DOES happen this year, are you planning on quickly making arrangements so you can attend? Let us know your thoughts down in the comments.

Newer Post
The Condition of Your Health Comes Down to a Matter of Choices
Older Post
Should Breon Ansley Leave Classic Physique?