Built Bar: A Solid Choice in a Protein Bar? 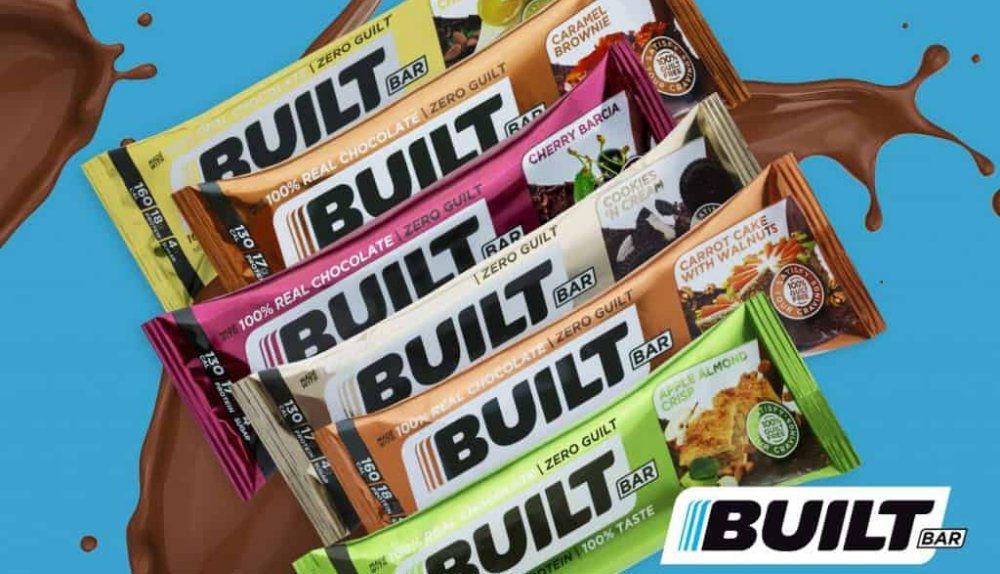 If you’ve been following my content for any amount of time, you know I love protein bars and protein shakes. Being that I worked for a major supplement company many moons ago that pretty much owned the bar market for years, you can say I’m always looking to compare protein bars. Well, I got my hands on a Built Bar, and all it took was one bite to figure out my thoughts on this protein bar.

The Built Bar – A Great Adversary

My brother-in-law and I are very similar in that we have a love for protein bars and drinks. His profession doesn’t allow him to take long breaks or lunches, so he relies on protein supplements to help get him through the day. I met up with him this past weekend, and he gave me a Built Bar. He said, “Here, try this.” I wasn’t sure if that was a positive or if it was some sort of set up and he wanted to laugh at my reaction when I bite into it.

I looked over profile and was actually pleasantly surprised. I questioned whether or not this bar, being that it had a decent profile, would taste like the ass-end of a skunk or be solid as a brick – it wasn’t anything like either. My first bite into the Built Bar was like sinking my teeth into a chewy and soft brownie. Granted, the flavor I tried of the Built Bar was mint brownie (so they nailed it).

What I found was that the Built Bar is delicious. I didn’t get a weird aftertaste. I didn’t need to check to make sure all of my teeth were still there after chewing. And the flavor was really impressive.

I did some more research into Built Bar after I made it home that night as I wanted to see what else they had to offer from a flavor standpoint with their bars. At the time of writing this article, they currently have nine flavors – orange, strawberry, coconut, mint brownie, salted caramel, raspberry, double chocolate, cookies ‘n cream, and cherry Barcia.

For those who love protein bars but want something a little smaller as a healthy snack option, Built Bar also has their same protein bar flavors in “Bites.” Essentially, it’s a bite-sized version of their bar that is around half the size of their standard protein bar. One thing I noticed, however, is that the carousel on their website for the bites showed different flavors (ones that I want but aren’t even showing up in their dropdown menu). Flavors such as toffee almond, apple almond crisp, banana nut bread, caramel brownie, carrot cake with walnuts, German chocolate cake, lemon almond cheesecake, peanut butter brownie, and peanut butter. I would hope that those flavors will be available in the regular-sized bars.

It should also be noted that you DO NOT want to keep Built Bars in your car if it is hot outside. If you do, well, you’re going to have a mess on your hands (literally) if you try to eat one. The chocolate is going to liquefy and turn into a massive disaster.

As mentioned to start this article, I worked for a brand that has to this day one of the top-selling protein bars in the United States. Built Bar actually (on their website) compares their protein bar to four well-known competitors in the space. Honestly, that takes some serious balls, as most brands may create a chart comparing different brands to theirs, but they tend to use “Competitor A” and such to disguise who it actually is. Not Built Bar. They went ahead and directly called out their competitors, which I have to give them props for.

The Built Bar, regardless of flavor, all have about the same profile. You’re looking at 130 calories, 2.5g of fat, 4g net carbs, 4g of sugar, 6g of fiber, 17g of protein, and no nuts in their bars. The total size of the bar is 49g. They also take things a step further and compare their Built Bar to various candy bars as well, which seems kind of irrelevant as people who eat protein bars don’t tend to eat candy bars and vice versa.

Something else that I noticed is that they are selling their Built Bar in boxes of 18 bars. These days, most protein bars come in boxes of six or twelve. I’m curious to know their reason behind this. If they were to sell their bars in similar box sizes to their competition, you would think it may entice people to buy a Built Bar when the pricing is about the same. When people see a box of bars for one price and another at a much higher, many tend to gravitate to the lower price by default, even without understanding they are getting more bars per box in the Built Bar (some people don’t like doing math… I’m some people).

A Purpose Bigger Than Built Bar

I could write a whole section on how Built Bar is the “Official Protein Bar” of US Ski & Snowboard as well as the USATF (USA Track & Field), but everyone these days is trying to connect their brand with athletes and athletic programs to help get their brand and products seen. But that’s not what caught my attention.

What caught my attention is that Built Bar (or rather, Built as a company) works with brands that help feed kids. They have their own Built for Good program that goes out into the community and ensures that they help feed at-risk kids or honoring our nation’s heroes.

Built Bar as a brand has partnered with Five.12, which helps feed kids outside of typical school lunches. Many kids go home from school, and their life changes drastically. Many families can’t afford food, and these kids (especially on the weekend) don’t get enough nourishment. Therefore, each week Built provides food for kids who need it. Built purchases food, volunteers pack weekend bags, deliver the food to the schools who need it, and the teachers and counselors distribute the food to the students in need. They deliver around 2,136 weekend backpacks each week. That’s frickin’ awesome.

All in all, I’m incredibly impressed with not only the Built Bar itself but what the brand is doing for the industry and the community. If you get a chance to pick up some of these bars, I highly recommend giving them a try.