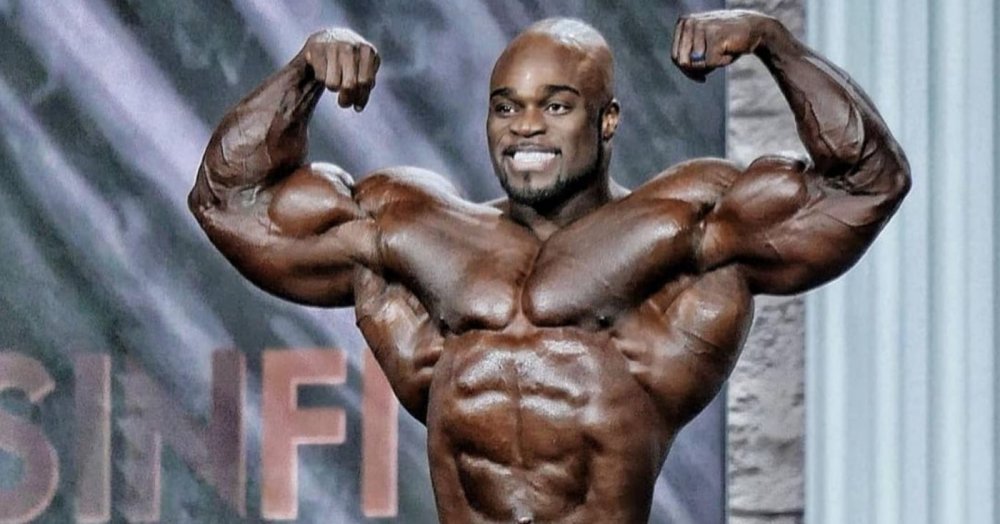 Bodybuilding is a sport about aesthetics and proportions. That’s what it started out as, that’s the main draw today, and that’s what it’s going to be all about 50 years from now. Competitors – at all levels – want to improve, they want to do what the judges tell them, so they can move up the rankings. Whether you’re a level 1 amateur, nationally-qualified, or vying for your pro card – it doesn’t matter. If you’re already a pro, if you’re placing Top 5 at pro shows, or if you’re the elite of the elite, battling it out with the other best people in the world, so that you can win the Olympia.

Every competitor, amateur and pro, wants to get better and they want to strive for the absolute best. Unlike other sports, where it’s teams against teams or athletes against each other, in physique-based sports the emphasis is on self-improvement. You can’t beat another man or woman by being a better version of themselves than they are. You win based on the gains you make, based on the aesthetics you present. Condition is key. Whether you coast into the contest or you put yourself through hell and back during peak week – the choice is yours, but the end result should be something that’s pleasant to the eye. It should look good on video, photos, and most definitely a few feet away at the judges table. Posing is also incredibly important, and you’d think at the Arnold and Olympia levels, this would be a moot point; however, it’s not. There is no point in time when someone stops learning. You can always get better. Even the greats, like Kai Greene, still practice. Once again, the central theme is self improvement and always striving to be better.

I believe Brandon Curry won the 2021 Mr. Olympia for a number of reasons that I’ll outline, here. There’s no point to burying my points throughout an article. After all, this isn’t Where’s Waldo.

Brandon has made marked improvements from 2017 to 2018 to 2019 to 2020 and to 2021. There is no denying this progression. We’ve seen him place Top 5 at the Olympia, win the Arnold, win the Olympia and, now, take runner-up at the Olympia, twice. This resume and this consistency speaks to how committed Curry is at being the best bodybuilder in the world. Together with Abdullah, his coach, and training at Kuwait’s mecca of bodybuilding, Oxygen Gym, The Prodigy not only turned his bodybuilding career around, but he’s considered by many, to be the best in the world.

I’m not in denial; I know that Big Ramy won on the scorecards, just days ago, but I don’t agree with the decision. I will never agree with the decision, because although physique-based sports are judged on a subjective basis, the scoring still has to make sense. And the scoring at the 2021 Olympia, did not. At least, not to me – to each their own.

All Big Ramy has is size. He has size and a couple great poses, most notably the side chest. He is not an aesthetic bodybuilder; he is not someone who exemplifies the classic look. But wait, isn’t that what the Classic Physique Division is for? Yes and no. That division is all about the 70’s and early 80’s look, yes, but bodybuilding should still be about the beauty of the physique. There needs to be an artistic value, in my opinion. For as much as I loved the freaks, from Dillet to Ruhl to Ramy, they’re not what I’d consider the physique we want to present to the world. That’s not going to grow bodybuilding. It’s going to scare a lot of mainstream fans and mainstream businesses away. And sure, the shock value is fun, but it’s counterproductive to the idea of making the sport into a household name. That’s what we all want.

I know that many of us in the fitness industry want to be the punk rockers of sports. We don’t want bandwagon fans and we don’t want outsiders to muddy the waters. We’re purists and we’re a niche sport and we like being a subculture. That all sounds hardcore, but at the end of the day, we all would jump at the chance for muscle to be in demand, for people to respect the sacrifices made, and understand the process. Even if they don’t buy tickets and magazines, if they at least understood it, that would be a huge gain. Champions like Phil Heath, Dexter Jackson, Shawn Rhoden and Brandon Curry, presented physiques that drew interest in the sport. Guys with builds like Ramy, will never be on tv, no one will ever aspire to looking like that. The guy is 300+lbs, arguably, ripped to shreds and looks like a cartoon character. That’s not marketable. And maybe marketability shouldn’t be a concern when selecting a champion, but I’m pretty sure that ambassadorship is.

What did Big Ramy do for the sport in 2021? How many public appearances did he make? How many schools did he visit? This guy is a throwback to the Dorian Yates days. He won the Sandow and then disappeared. On the flipside, look at what Brandon Curry did. Look at his community involvement, his deep connection with the fans, and all the many businesses he was involved with. He launched gyms, supplement lines, and toured the world extensively. What’s Ramy going to do in 2021-2022? Where’s the incentive for him to do more? If he did the bare minimum and was rewarded with another Sandow, why would he get more active, now?

But let’s keep the apples & oranges argument going, putting the marketability and even the ambassadorial qualities aside. Let’s talk, purely, physiques. Brandon Curry made huge improvements from 2020 to 2021; Ramy did not. Brandon was super conditioned for the 2021 Mr. Olympia prejudging; Ramy was not. Brandon brought great symmetry, proportions, and balance; Ramy did not. Brandon was so good at prejudging that fellow pro’s, commentators, and news outlets were all raving about how The Prodigy was looking like he was going to win his title back. Interestingly, when the smoke cleared and the dust settled, we came to find out that Big Ramy, in fact, won the prejudging by 1 point. So ALL those people who thought Brandon won (myself included) – WERE ALL WRONG. I didn’t see or hear of a single media personality or vocal pro, who took to social to compliment Ramy on winning the prejudging. If I’m lyin, I’m dying. There were none.

Now granted, the only opinions that matter, in this context, are that of the judges; however, I was of the opinion that Brandon won and when I saw that the overwhelming majority of people were of the same opinion, I truly believed that this was going to be Brandon’s year. Then at the finals, Brandon continued where he’d left off at prejudging, albeit against an improved Big Ramy. That being said, no matter how much Ramy may have tightened up in the preceding 24hrs, the finals are not equal, much less more, than the prejudging.

What now? What does Brandon do? What could Abdullah, possibly, tell him? Imagine looking the best and doing what you’re supposed to, but still coming up short. If that’s not demoralizing, I don’t know what it is. And look at the final seconds, where Brandon was truly hoping for the best. He was quiet, humble, and just looking down waiting for the loudmouth, I mean, the Voice of Bodybuilding (lol) to announce the winner. On the other hand, Big Ramy, who hit the stage bloated as can be in the prejudging, was all smiles. It’s almost as if…, well who knows. If I was Ramy, the last thing I’d be doing is grinning. I’d be terrified I’d be toppled, but maybe he was just that good.

In any event, for whatever it’s worth, in my book – Brandon Curry is the 2021 Uncrowned Mr. Olympia. I don’t recognize Big Ramy’s victory and I couldn’t disagree with the judges more than I do.

Newer Post
How Accurate is BMI and Does It Even Really Matter?
Older Post
Is the Keto Diet the Right Plan for Elite Athletes?