Newer PostG FUEL RTD: A Game-Changer or Game Over?
Older PostHunter Labrada Wins The Chicago Pro!
Share on FacebookShare on TwitterShare on LinkedinShare on Pinterest 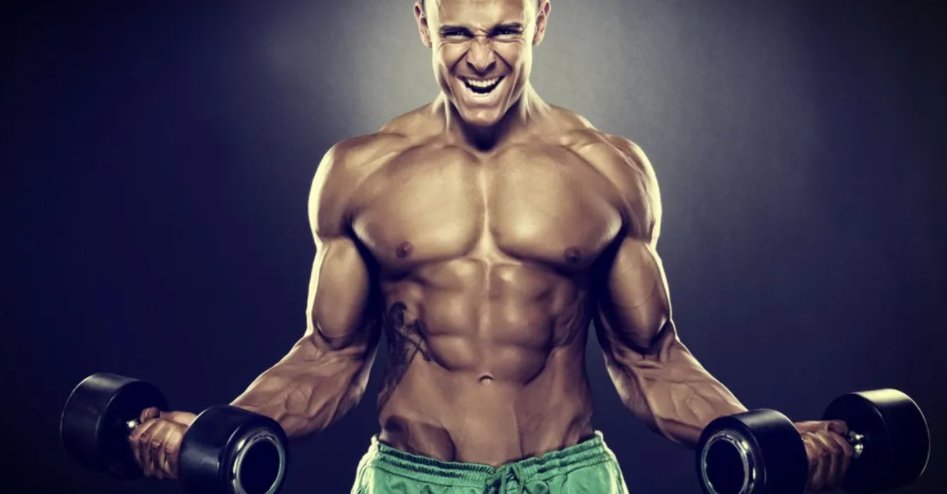 I have a simple saying in life… “Don’t start no shit, won’t be no shit.” I’m so sick of hearing about all of this online fat-shaming and “OMG, how dare you say something so mean to someone,” while in the next breath, people are doing the same thing to those who are fit. Fat-shaming… fit-shaming… Honestly, this is all just so stupid.

For starters, would I like everyone to be fit and healthy? Of course, I would. That’s why I put out so much content for you guys (and gals). Am I naïve enough to think that people will actually take responsibility for their actions and hold themselves accountable? Nope. There’s a reason why over 60% of American adults are overweight, and more than 40% of them are considered obese. But does that mean I go out of my way to call someone the “F” word (FAT)? No. If you’re fat, it doesn’t change my life or alter it in any way. So, I don’t put much effort into worrying about it unless someone actually comes to me asking for help.

But what really pissed me off is this whole “cancel culture” where if anyone says someone is fat, overweight, thicc (with two c’s), husky, big-boned, obese, plus size, [fill in the blank with whatever you want to say here], they immediately go to their social media platforms and “expose” this individual. However, when the reverse happens where someone is overweight and is fit-shaming someone who looks good, nothing is ever said.

People like to make the excuse, “Well, they look good, so who cares?” Well, if the shoe were on the other foot, your head would explode, and you’d want everyone and your mother to get them fired from their job, their home burned to the ground, and be publicly humiliated for weeks.

Truth be told, I don’t do the whole Tik Tok thing. I could find a million better things to do with my time, but I understand the platform is “a thing” these days. That said, a man was a little overweight and decided to get in shape. Well, he got ripped and posted a picture. He was proud of himself, and all of a sudden, a woman got TRIGGERED and said his transformation was a “turn off.” She mentioned that women prefer what he looked like before his transformation. Honestly, it was a typical “dad bod,” if you had to describe it.

First off, I just need to say this. If someone takes the time out of their day to post something negative about you, your post, something you said, or the way you look, that says way more about them than it does of you. To purposely make a comment putting someone down shows that the individual may not be in the right state of mind and could be battling their own demons and insecurities.

As you’d expect, and I would do the same thing, the man replied with, “This is a perfect example of ‘How about we keep our thoughts to ourselves.’” He then went on and added, “You think I f***ing care what other women think about my body?” He also brought to light that this would have turned into an even bigger story and issue if the roles were reversed.

Why is This Double Standard Accepted?

Look, I’m no fitness model and don’t claim to be. But even I get comments directed at me. So, I can’t even imagine what those who walk around ripped all year long are hearing. I get comments made to me simply due to the food I eat and the fact that I exercise five days a week. The most interesting part is that those making the comments are people who are overweight. Now, if I mentioned to someone who was overweight something about what they were eating, I’d be shown on the news for insinuating that someone was fat or overweight. They’d be rioting in the streets for my head.

Here’s the main difference… those who are fit and are a victim of fit-shaming don’t care. They go on with their life with no f*cks given. It’s a “thanks for bringing to light that I look good.” Basically, it’s a different mindset. If you’re overweight and someone calls you overweight, that person looks at that as a negative because they’re insecure about their weight. But what will they do to fix the way they feel? Generally, nothing and their weight keeps going up because they aren’t fixing the poor lifestyle behaviors they have been living.

Here’s the most interesting thing that I truly don’t understand. I’ve had a bunch of people over the years come at me for writing articles about how to lose weight, burn fat, eat better, etc. Talking about my articles is making people feel bad, how dare I point the finger at those who are overweight, how insensitive can I be, the ridiculousness goes on and on. Mind you… I’M WRITING THE ARTICLES TO HELP PEOPLE.

The fact that they took the article in a completely different direction seems as if they were looking for such an article to take out their aggression and hatred. Again, I look at those people that they have some issues they need to address if a helpful article can trigger them like that.

Even more comical (as another example) is that there’s a woman who on MY Facebook page said she doesn’t agree with most of the things I write about. Yet, every time one of my articles is published, she’s there reading it. That’s what you call a fan, not a hater. LOL

Because YOU don’t like a topic doesn’t mean others won’t find it helpful. Those who want to improve their lives find value in the content I write and provide. They want to lose weight, build muscle, live a healthier lifestyle, live longer, feel better, boost their immunity, gain strength, the list goes on and on. If I cared about every stupid little comment that was made about me or directed at me, I would have stopped writing a long time ago.

But in the end, if you’re going to say something stupid, put the shoe on the other foot. Fat-shaming… Fit-shaming… it’s all stupid. Stop coming up with reasons to bicker back and forth with each other about how you/they look. If it doesn’t affect your life, just let it go.