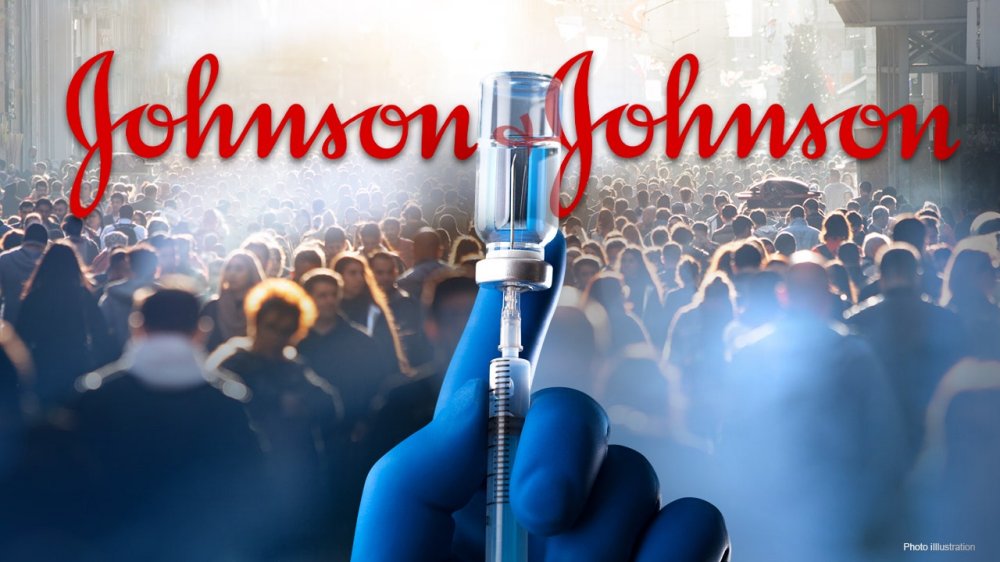 I’m going to say this right up front, this Bloomberg article I read this morning has me pretty fired up. The title of the article is “FDA’s ‘Abundance of Caution’ Should Extend to Supplements.” I usually don’t call out writers, but this article is so far-fetched and poorly written to fit an agenda that Sarah Green Carmichael should feel embarrassed writing such a terrible and misleading piece. But then again, I really don’t expect anything less coming from a Bloomberg source which already seems to be incredibly biased (especially from a political stance).

You Can’t Even Make This Shit Up

Sarah Green Carmichael is out there comparing the Johnson & Johnson vaccine to “an elixir of elk antler velvet.” Anyone who knows anything about supplements is probably already laughing. She’s comparing the side effects of the vaccine to a supplement that such a small percentage of the population uses that it doesn’t even make sense to compare the two.

She brings up the point that supplements are “only lightly regulated,” yet pharmaceutical companies have complete immunity from any side effects that are brought on by a rushed drug. It makes sense, right? I mean, one is a dietary supplement that you can purchase in retailers, and the other can only be given by a medical professional, and you don’t have access to it like you do dietary supplements.

More than 131 million people (over 66% of Americans) use prescription drugs. 69% of Americans report using dietary supplements, which include products like multivitamins, fish oil, etc. So, you can say the use of both is almost identical.

There are around 20,000 hospital visits per year due to dietary supplements (most of which come from abusing weight loss products that are not used as directed – not the fault of supplement manufacturers that people can’t read and follow directions).

Do you notice a difference there? Yet, Sarah Green Carmichael decided to target dietary supplements when there are more adverse events and deaths per year due to prescription drugs. AND she wants to throw in an experimental vaccine where there is limited research? I have to laugh at the people who say they “did their research” before deciding to get the vaccine. What research? YOU ARE THE RESEARCH!

Here’s the most interesting part of this. What were the highest risk factors for having severe cases of COVID? Obesity and low vitamin D levels. Guess what that means? It means people who don’t exercise, don’t have a balanced nutrition plan, and those who don’t utilize multivitamins, vitamin D, or get enough sunlight are more prone to COVID and having a much harder time fighting off the virus. Guess who generally takes prescription drugs? Those who are unhealthy and don’t focus on exercise and nutrition.

I’ll take a dietary supplement such as a multivitamin, vitamin C, vitamin D, or fish oil every day of the week over any prescription drug or getting the vaccine. If used as directed, the risk of side effects from dietary supplements is incredibly low. Have you ever read the list of side effects from a random prescription drug? They sound worse than whatever ailment you’re suffering from!

Apparently, the Industry is One Big Snake-Oil Salesman

Explain why the above makes any sense. Let’s take something that can screw up something else, which will then cause you to get another medication. Oh yeah, that’s because Big Pharma is more about managing symptoms versus helping solve them. It’s all about the lifetime value of the patient. Once Big Pharma has you, they have you by the balls unless you fix your lack of exercise and poor nutrition, which can allow you to potentially get off some medications. But I guess that doesn’t make them a snake-oil salesman? That’s completely laughable.

In Sarah’s article, she said when referring to the supplement industry that “Snake-oil salesmen have always taken advantage of uncertain times to peddle their concoctions.” Really, kind of like the COVID vaccines being the fastest vaccines ever produced?

It generally takes anywhere from 10-15 years to develop vaccines, but yet the COVID vaccine took less than a year?

But the supplement industry is full of snake-oil salesmen because they are getting to the root cause of what’s showing to be the most significant risk factors for Americans? Because they want people to take in higher levels of vitamin D and other beneficial immune-supporting ingredients that make them snake-oil salesman? You have got to be out of your mind. All you have to do is run a Google search to find that vitamin D has many benefits when it comes to helping with symptoms and prevention of COVID. Those with lower levels are more prone to getting COVID and potentially having life-threatening side effects from the virus.

The article goes on to try to say how dangerous dietary supplements are and their potential side effects. Mind you, we’ve already shown that pharmaceutical drugs have a MUCH HIGHER number of people who have side effects.

You Just Said What?

The golden nugget was laid in this article when it was quoted saying, “We need to make some changes to the law so the regulations can ensure the safety of these health products.” You’ve got to be fuckin kidding me.

So, supplements need to be more tightly regulated, but we can release experimental vaccines for emergency use in the United States with zero long-term research and very limited short-term research on side effects? Let me remind you, the government has given pharmaceutical companies immunity from lawsuits, and the COVID vaccines aren’t even FDA-approved! So, if you DIE due to side effects from the vaccine, your family can’t even sue the pharmaceutical company. Last I checked, supplement manufacturers have no such immunity.

The article uses the example of echinacea being “linked to rashes, nausea, and flatulence.” That’s what you’re worried about? Seriously? Remember those drug commercials on television that sound like the Micro Machine Man going through all of the potential side effects? That’s ok, though, right? I guess to Bloomberg, that can easily be overlooked to fit their agenda and storyline.

But let’s go back to Sarah claiming we need to ensure the safety of the products and that things need to be more regulated and show just how insane and far-fetched she’s stretching here to convince you supplements are a bigger issue.

According to ViolationTracker, let’s look at the top five pharmaceutical offenders since 2000:

You’re telling me that pharmaceutical drugs are safer than dietary supplements? If you think that’s accurate, you’re either delusional or stupid (maybe both).

Overall, this Bloomberg article was the dumbest thing I’ve ever read. They must have nothing better to write about, so they need to make up some fake issue to demonize the supplement industry.

Newer Post
Bodybuilding Trading Cards: Am I the Only One Saying This Won’t Work?
Older Post
Ron Love – Will He Return To The Stage?