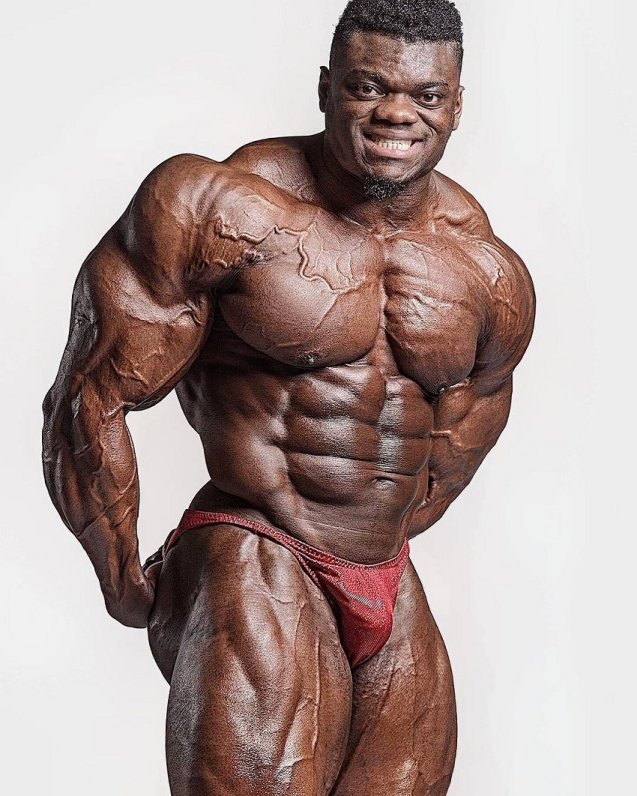 Blessing Awodibu is the real deal. If you’re on social media, you know exactly who he is. He’s got a great physique, he’s an IFBB Pro League Pro, and he puts out fresh content. He’s got a supplement contract and he’s got talent. There’s simply no question of it. Even at a time when influencers are everywhere, Blessing commands unwavering loyalty from his supporters.

Following the passing of industry icons like Rich Piana and Dallas McCarver, social media changed when it came to bodybuilding. All of a sudden, guys like Luimarco were seeing their videos getting flagged. They went from making huge money and scoring blockbuster hits, to being shadowbanned, seeing their earnings shrinking, and enjoying far less spotlight than ever before. It’s almost like social media powers weren’t showing the sport much love. In fact, most fitness influencers agree, something happened in 2017. Nonetheless, this was the year that Blessing posted a one-minute clip on creatine, that to date, has been seen nearly 30,000,000 times.

Other videos also scored huge view counts, despite the fact bodybuilding channels were taking huge hits. Unlike other channels like Luimarco/NSP that replayed news stories and gave commentary, Blessing’s videos weren’t trying to do this. He also wasn’t trying to put out more boring training videos with audio overdubs. That’s what RX and MD used to do. They’re great videos and offer a world of instructional knowledge, but those videos aren’t going to break 15, much less 30 million views.

Other guys stand in their kitchens, making eggs. If you’ve cracked eggs your whole life, what’s so exciting about seeing Ronnie Coleman crack ‘em? Does he dance or turn colors? Who wants to watch a guy cracking eggs or driving around a car in rush hour traffic. That’s boring. Awodibu, however, acts. That’s right, there’s acting involved, which produces laughter, learning, and sometimes both. He also puts out training videos, but that’s what defines him; he’s a guy who’s made his mark on the industry and has pro status, but just hasn’t made a pro debut, just yet. After 2020, can you blame him? How many contests were postponed and canceled?

2020 was supposed to be his year; now, the talk of the town is that Blessing will make that much-anticipated debut in 2021. Various industry networks and vloggers have chimed in. What show will he pick? Surely he’ll pick a contest his sponsor sponsors. I mean it would make sense to have a big win somewhere the company that sponsors him, sponsors the event. That would be a huge missed opportunity, if it were elsewhere. In many real ways, it should also be a contest in a cool town, in a place where it’s unlikely it’ll be postponed or canceled.

Unlike many pro’s yet to make their debuts, where Awodibu does his, will make a difference in terms of tickets sold and industry buzz. Most pro’s don’t get so much as a second look, the first time they take the pro stage. This is because rookies aren’t expected to win; in many cases, they’re not even expected to place well. Usually, a rookie debut is where a new pro cuts their teeth, in some cases it’s a big reality check, and almost always, it serves as a humbling experience. Rarely, will you have a rookie do what Derek Lunsford or Hunter Labrada did. In Blessing’s case, the placing really won’t matter though.

Don’t get me wrong, if Blessing went into a contest at 100%, he could be one of these guys who wins it all. That’d be nice, for sure; however, when you’re already a major force in social media, then where you place – even if you win – doesn’t really have the big bang effect some of you may think it does. The average bodybuilding fan around the world doesn’t follow the sport that closely. If they know who the reigning Mr. Olympia is, I’d say that’s a pretty serious fan. No one knows or cares who the Mr. Maple St. or the Zamunda Grand Prix. The fact is, if you looked jacked and earned pro status, then you were able to back up your hype. If you can back up your hype, you’re golden, you no longer have anything to say or prove. The fact a pro, on Blessing’s level in social media, wants to make that debut and wants to endure that journey – is purely personal. He’s doing it because he’s an athlete and because he wants to constantly raise the bar. That’s both admirable and inspiring.

And while the placing may not matter one way or another in terms of social media audience, the journey sure will. When people see Blessing eating, training, posing and living his life all with the pursuit of getting on stage for that pro debut, that’s going to be liquid gold. His trials and tribulations, his spotter getting him through the last of the forced reps, his posing for hours and hours – that’s what he can hang his professional hat on. That’s what’s going to make his sponsor boatloads of money and get Blessing tons of media interest.

Fact! The media doesn’t care about who wins a show, how big the trophy is, or even how much a competitor weighed. They could care less! All media truly cares about is relevance. They want hits, they want their site being frequented by the fans. Placings and trophies don’t get you hits. If a superstar wants that recognition, they’re giving their all because they’re athletes. The titles, alone, don’t create the social media star – or any star, for that matter.

Bodybuilding can be very boring. People want to be entertained and sometimes having a great poser on stage is worth all the 100% looking physiques.

Look at Fred “Biggie” Smalls. There’s a pro who can win contests, but even more than that, he looks awesome and he’s awesome to watch. His posing routines are oftentimes the highlight of a whole contest.

If Pumping Iron had just been about guys training and eating, no one would be talking about it, especially not forty years later. If a bodybuilding show is just guys flexing, that’s exciting to some, but that’s never going to have any mainstream value.

Entertainment makes everything fun. The biggest problem with entertainment in our industry, however, is that it’s always the product of drama. It seems that the only way people know to keep things interesting, is through creating and/or perpetuating strife. Well, I have news for you, sometimes entertainment produces laughter and happiness, not anger and ugliness. A Pro like Blessing Awodibu would be just what the doctor ordered. He’d be a viable contender to win, he’d entertain the hell out of the audience, and fans would actually go out of their way to buy tickets for contests he was at. This is a guy who brings the best in people, who’s mad cool to be around, and that, to me, is the sign of a true superstar.