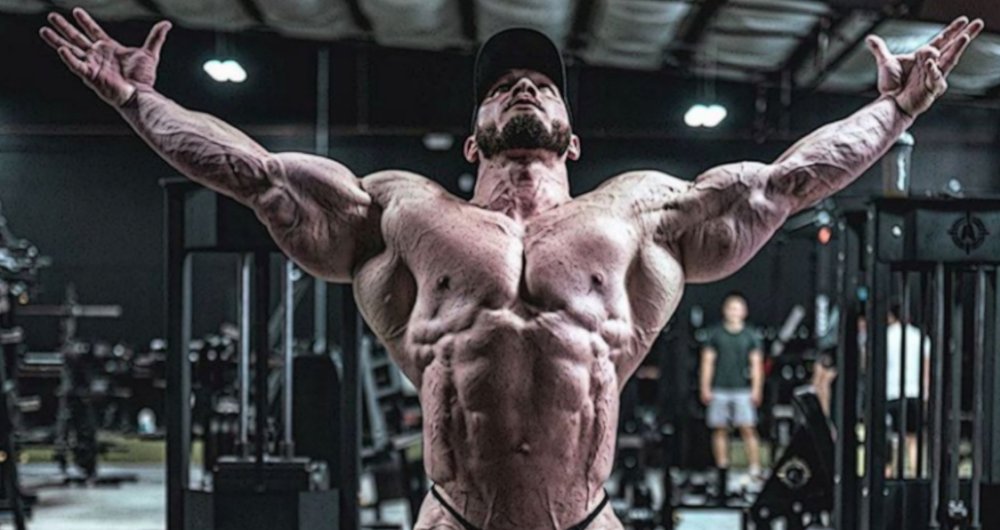 If you watch the top bodybuilders on Youtube, Facebook,and Instagram, you’ll notice that while the physiques continue to improve, the training methods of yesteryear are all but gone. Not only don’t guys lift crazy poundages, but supplement companies have also moved away from ads that promote ridiculous lifts. The name of the game, today, is moreso longevity than wrecking the joints in hopes of some short lived accolades. Athletes don’t want to wide up like Ronnie Coleman, instead, they want long, successful runs like that of Dexter Jackson.

Companies who sponsor athletes echo these sentiments, as do top coaches. Take the great Nasser El Sonbaty, for example, he would often have to educate the public that bodybuilders weren’t strongmen. In one story, he recalled that some people marveled over his size and separation. They were legitimately impressed by his physique, but they didn’t understand it. I say this because these same folks were apparently involved in moving from one place to another and they assumed that El Sonbaty’s muscles were perfect for lifting furniture and boxes. Nasser quickly pointed out that his muscle was for the stage and that his sport was about balance and symmetry.

Although bodybuilders build muscular physiques, it’s a sport based on aesthetics, not strength. Strength doesn’t really factor in. In reality, feats of strength that involve physique-based athletes, usually result in injuries. Nonetheless, we’ve seen countless guys go down this path. I say guys because women are far too intelligent for this. You can go from bikini to women’s bodybuilding – none jeopardize their career for recklessness in the gym.

That being said, what accounts for the massive followings today? Where did all the people that loved freaky strength go? Surely they’re still in the bodybuilding fold, right? And what about the top guys, aren’t there any throwbacks to the days of Ronnie Coleman and Dorian Yates? Are any of them squatting hundreds or rowing 500lbs with the cameras off? Surely there’s a modern day duo like that of Branch Warren and Johnny Jackson, right? There have got to be guys sweating it out, with chains dangling from their backs, while doing tips with 45’s strapped to their waist. Tell me that’s not all gone!!

It’s a whole new world. Guys in yesteryear could get away with looking like the fourth member of Nirvana at the gym. In many cases, the grunge look was a step up. Nobody went to the gym to show off their clothes, their kicks, or jewelry. The gym wasn’t a place to socialize. Some old school gyms blasted metal music, while others had no music. Today, no one listens to rock, let alone metal. Today, no one that’s anyone in the industry would want to be seen rolling up in a dirty car. People don’t train in sweats and oversized pullovers, either.

In the old days, the few who could afford bodybuilding shoes, bought Otomix. Today, there’s several brands in the bodybuilding footwear category – and they’re all expensive. They’re made very well, but they’re definitely not marked down. Guys, in particular, have a far more keen fashion sense. Whereas old school guys might have gone to the barber, periodically, a lot of guys get their hair cut, daily. What might look like a Hanes undershirt, could actually be a designer tee worth more than your whole wardrobe. It’s crazy to me, but you can buy your own on IG. That’s right, you have athletes whose selfies have a tab on pretty much every article of clothes on them. Like their shirt? Click on it. That plain looking undershirt is actually Versace or Gucci or something like that. The shoes? They’re not random sneakers you could buy at Foot Locker; they’re Italian or from an obscure shoemaker, running a cool grand. What about the jeans? I know, I know, who trains in jeans, right? Well, in today’s fashion-oriented world, anything goes. And chances are, the jeans your favorite stars wear, didn’t come from JcPenney’s or Macy’s. Even cheap designer jeans can cost $300-$500. A lot of the top guys don’t go to the gym to see what their competition is lifting or what they’re physiques look like; they’re at the gym to see what others are wearing. It’s a whole new world.

I’m sure you all remember Blood And Guts. Whenever I think of that DVD, I think of Dorian in his basement gym, along with his over-the-top training partner. These guys were both, seemingly, insane. Sweat was dripping, the walls looked dingy, and there was no music, no juice bar – it was pure bodybuilding. Could you imagine those same guys, today? They would stick out like sore thumbs. They didn’t wear fancy watches, expensive cologne, and overpriced shades to go train.

If you think I’m making this stuff up, just go to any major city, hit up the gym where all the top guys go, and I bet you, you’ll see a top tier pro, in sunglasses, designer shirt/jeans, and maybe even sandals. I swear, I couldn’t make this up if you paid me. Imagine a guy like that walking into the original Metroflex gym, in the sweltering heat, and that same guy asking Brian Dobson for a wheatgrass smoothie. Lol

I’d say the lion’s share of today’s athletes would be considered pretty boys by their predecessors, but hey, maybe the pretty boys can lift heavy, right? Maybe they can, but they don’t. Lifting heavy turns mainstream people away. Grunting and throwing weights around is a fine way to get booted from a club. Gym owners prefer pretty boys because they clean after themselves, they don’t rest dumbbells on benches, which tears up the upholstery, and pretty boys also don’t smell up a place. Back in the barbarian days, some guys didn’t cut their hair, didn’t shave or shower, and for a great many – everyday – was laundry day.

Today, most of the top guys not only dress better and lift smarter, but they have manicured hands, drive elegant vehicles, and have aspirations of television and film. No one wants to end up being a candidate for back surgery, getting a mesh to fix hernias, or tear muscles. Although it might get some traffic on social media, it truly only caters to the meathead segment of the industry. Those types of hits don’t generally translate to sales; the people who watch that type of content may not buy tickets to a bodybuilding contest, may not buy supplements, and may not even like bodybuilding. Companies, and athletes, have gotten a lot more keen to these realities over the years. Simply because a video goes viral does not mean that the lifter in said content will become a star. Being a star today requires a heck of a lot more.

Not only does insane lifting not appeal to the majority of people in the mainstream, it’s also not most people’s cup of tea in the fitness industry, either. People want to lift to improve their quality of life, not diminish it. Competitors look at guys like Dexter Jackson and want that for themselves. At 51 years of age, Jackson won everything. He retired with 29 pro victories to his name. He won the Masters Olympia, The Arnold, and the Mr. Olympia. What didn’t he win? He signed big contracts, was on countless magazine covers, and today, he looks and feels amazing. He hasn’t undergone any major surgeries, he’s never been seriously injured, and his reach is limitless. He could come out with his own supplements, clothing, coaching and/or promote more contests. He can do whatever he wants and he did it without ever training like a lunatic. Dexter is also very much a GQ bodybuilder.

You can be a GQ athlete and not be a pretty boy, but for the record, neither of them lifts like a moron. I mean, what’s the point of lifting so much weight that you literally sideline yourself – whether temporarily or indefinitely? I think this outlook has actually been the prevailing view for much of bodybuilding’s run.

Earlier, I had alluded to guys like Yates and Coleman as old school, but were they? In reality, old school guys were pretty skeptical of foolish lifting as well. They weren’t pretty boys or even GQ types, but they certainly didn’t turn gyms into dumps and/or train for attention. I mean that’s really why most guys who do lift like lunatics do that. They want attention. They want acceptance from their peers and they want to impress whoever they can. They’ll slam weights, yell, even pretend to throw up in a garbage can, all because they want to shock or impress people. Where the insecurity stems from, is anyone’s guess, but it’s undeniably there. There’s simply no other reason.

Even guys who claim that lifting heavy has its advantages, would be hard pressed to provide any factual support for that theory. Some argue that it creates more muscle density, but does it? Others say lifting heavy gets you bigger, but wouldn’t diet be an equally effective approach? Others might say that lifting heavier works for more stubborn muscles, but their logic would be defeated by the endless research on overtraining. There’s just no reason why any bodybuilder should be squatting or pulling 800lbs.

I’d say that top champions today could care less about lifting heavy. They still care about getting attention and acceptance in the gym, but they’ve traded the loaded bars for designer shoes, jeans, and sunglasses. Longevity is far more desired today, than shock value. For those who miss the crazy lifts and lunatic types, there’s personalities out there that provide that content, but they’re certainly not the top bodybuilders. If someone, today, has made it to the Top 10 of the world, the last thing they want to do is cut their career short. So what if they’re not talked about as being one of strongest pro bodybuilders? What does the strongest bodybuilder on a bodybuilding stage get? Nothing.

Times have certainly changed. Are you a fan of the more sensible outlook or do you miss the sheer madness of yesteryear?

Newer Post
Why Could Oura Be the Best Wearable Fitness Tech for You?
Older Post
5 Reasons Tonal Is Changing the At-Home Fitness Equipment Market