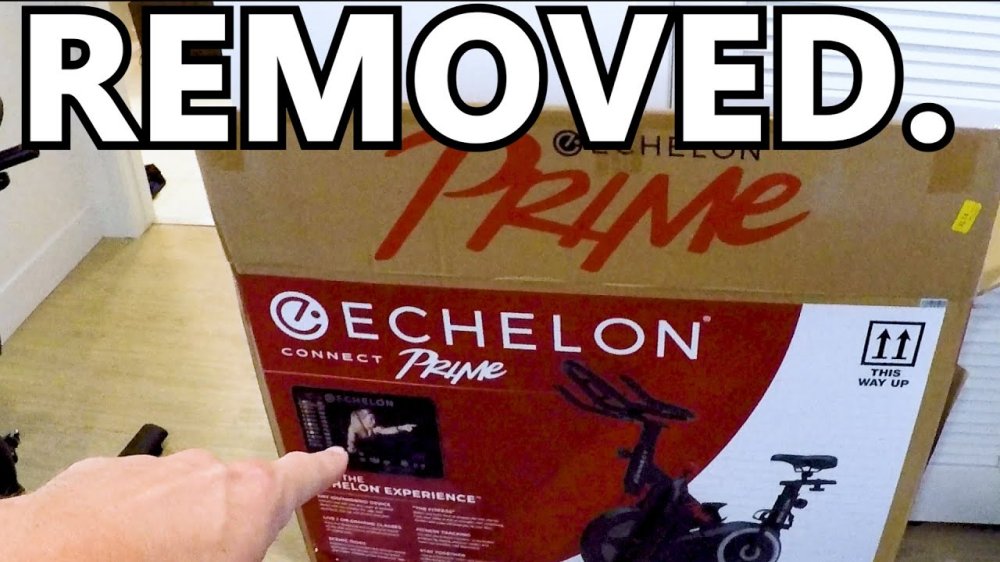 These days, everyone is taking a shot at Peloton and trying to climb up the mountain to knock off the king of the hill. Peloton has upped the ante as well, being that they just purchased fitness equipment manufacturer Precor as well for a staggering $420 million. That said, there seems to have been a lot of confusion surrounding a bike that was launched on Amazon, touting itself as the “Prime Bike.” As one would assume from the name alone, many thought the Prime Bike was an actual Amazon product when in actuality, it had nothing to do with Amazon at all – or did it?

The Prime Bike launch seemed to be a here today gone tomorrow model. Not only did the Prime Bike blow through its inventory on Amazon, but it was also pulled from the site altogether. Now, many might be wondering why a bike that competes directly with Peloton and sold out extremely quickly would be removed from Amazon when the sales, clearly, say this needs to be up on the site indefinitely?

Well, there seems to have been a miscommunication between Amazon and fitness equipment manufacturer Echelon. According to the Echelon CEO, Lou Lentine, he mentioned that the idea behind the Prime Bike started at CES and began in January 2020 where the two companies were in talks about launching the first connected fitness product to live on Amazon. In the talks, there was some discussion about it being at a $500 price point and promoting the connected bike as being developed in collaboration with Amazon.

Amazon denies such talks, which Lentine went on the record saying they have emails between Echelon and Amazon where everyone was on board in the Amazon buying department with not only the concept and price but also the name Prime Bike. I can only assume, but it doesn’t sound like the buying department cleared all of this through the higher-ups, and that’s what caused the confusion? Either way, the Prime Bike has been pulled from the website.

In fact, Amazon has gone on the record with a press release and mentioned, “This bike is not an Amazon product or related to Amazon Prime. Echelon does not have a formal partnership with Amazon. We are working with Echelon to clarify this in its communications, stop the sale of the product, and change the product branding.”

Was This Bike Something Special?

Now, I’m just saying, but this Prime Bike looks a whole heck of a lot like the bike that Echelon is selling at Walmart. The cost (according to the Walmart website) is $497. Is the bike of high quality? It sure appears so. Made from high-quality parts, streamline design, a tablet stand for the “connected” aspect of the bike, toe straps, and only weighs in at 80 pounds. While this is supposed to be a Peloton killer, there still seems to be a lot differentiating the two bikes.

Peloton is by far the king in the category but also comes with a $1,900 price tag. It weighs 135 pounds, has pedal clips, an integrated and interactive screen, and high-end parts. Does all of that warrant a $1,900 price? Personally, I don’t think so. But the insane number of sales that Peloton is producing says I should just take a seat. Is the Peloton bike interesting and unique? Absolutely. Is it getting people active and exercising? Yup. So, if $1,900 is what it costs to get in shape and improve your health, it’s a wise $1,900 investment.

Here’s something I find interesting. While the Prime Bike had many of the same features as the Peloton version, I still feel you can create a similar experience while on a tight budget. How? Well, just take a peek on Amazon and search for spin cycle or spin bike. You’ll find bikes for as low as $220. Most people already have a tablet such as an iPad or even a smartphone where they can get interactive content to use while cycling. Therefore, those who want to even cut the Prime Bike’s price in half could just as easily do so if they did their own homework and checked pricing on Amazon.

Do I Think the Move from Echelon Was Intentional and Dishonest?

Plain and simple… no. Did the Prime Bike get a TON of press? Absolutely. Did all of the attention run up the flagpole at Amazon HQ? Yup. Did it raise the question of who approved this? Seems that way. But overall, I don’t think Echelon did this intentionally and without some communication. The last thing you want to do is piss off a colossal behemoth like Amazon and then think they’ll allow you to sell their product on their website ever again.

But putting the shoe on the other foot, can we really trust Amazon? I mean, this is the company that was selling illegal research chemicals on their website and in their statement said they “did nothing wrong.” So, there’s that.

The bottom line here is that these brands need to figure out where they go from here. A simple search on Amazon for “Echelon” comes up with a ton of products. So, Amazon can’t be that mad at them for this miscommunication somewhere.

Does Amazon need Echelon? No. They have hundreds of fitness equipment brands and products on their website. While the Prime Bike was great, they have plenty of other options out there, and had the Prime Bike not gotten all of the press that it did, people would have probably never even known that Amazon was selling the bike. With so many other options on their website, customers would have merely purchased a different bike in the same price range (or cheaper) if they were in the market for an exercise bike.

That said, I feel that Echelon absolutely needs Amazon. Face it, Amazon is the central hub these days for all purchases. If it’s on Amazon, people will probably buy it from their website. And if you have Prime, you’ll almost definitely buy it from Amazon. So, is this the last we’ll hear of the Prime Bike? I think so. But like I mentioned, it appears to be the exact same product being sold on other e-commerce websites like Walmart (if you still were in the market for a sub-$500 bike).