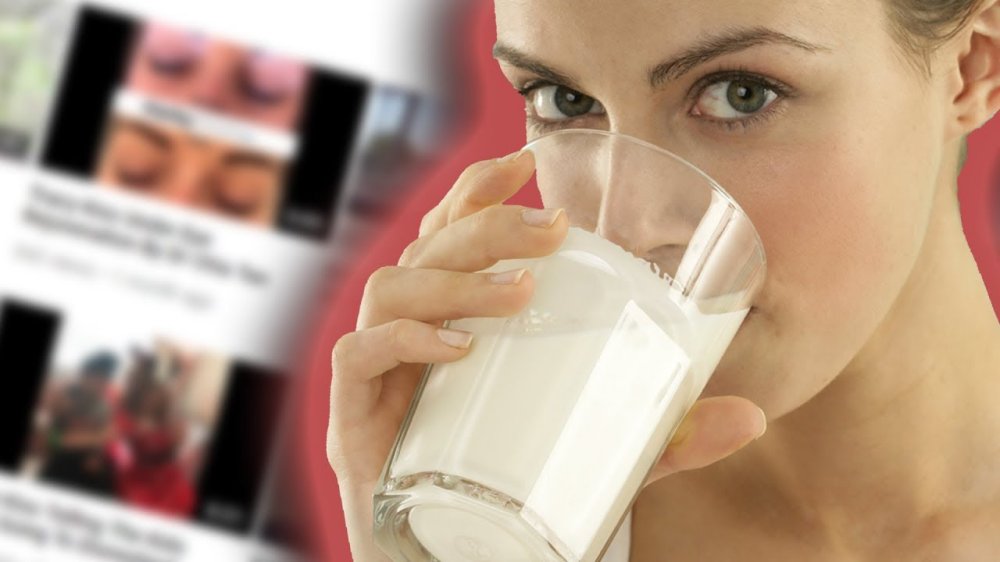 I’m always on the lookout for interesting new topics to cover, and when I saw this headline, I thought to myself, “There is no f*ckin way this is legit.” Boy, was I wrong! While scrolling through a bunch of bodybuilding topics, I came across the headline, “Vegan Bodybuilder Swears by ‘Semen Smoothies’ to Keep COVID Away.” Look, I know these influencers will do just about anything to build their audience and make money, but this one might take the cake.

Is This Chick Jerking Us Around? (Literally…)

So, here’s the deal. There is a 32-year-old vegan “bodybuilder” (AKA, fitness influencer) in Aylesbury, Buckinghamshire, who apparently drinks a semen smoothie to help maintain her health. Her name is Tracy Kiss, and she has a couple of Instagram accounts – one being tracykissdotcom and the other being tracykissfitness.

When I saw the “dot com,” I immediately knew where this was heading – especially after viewing her Instagram pages. That being said, her website looks like she is merely ripping off content from the internet and calling it her own. The homepage looks like a blog, but I honestly don’t believe for a minute that the content is actually hers as the topics are all over the place and really doesn’t make any sense or flow with what she claims to be interested in (for instance it goes from hair tips to buying a home). If I were to bet, she has someone write the articles, and all of them include a link that gets her paid, or she is paid to put the article up to promote a brand.

Here’s the interesting part… she calls herself (according to her website) a social influencer, bodybuilder, mother, and vegan. Let’s focus on “mother” for just a second. Is what she’s doing really a good look as a mother? What kind of image is she portraying, and what kind of model is she being for her kids? I get the whole “love your body” movement, but there’s a fine line between being tasteful and being slutty. If you enjoy that side of you and you take photos for your significant other, cool. But putting them online where your kids can see what you’re doing? Eh, poor taste, in my opinion (I’m sure some will disagree).

This chick is online promoting her semen smoothie that she makes using her boyfriend’s… you should be able to put two and two together. Is she for real, or is this a ploy to get people to join her website? Here’s where I think this entire story is a bunch of bullshit.

Again, if you go to her website, it looks like a blog that she’s ripping off other people’s content and calling it her own. But then, when you look up at the top of the page, her logo has a pair of lips, and then you notice the “members” tab. Gee, I wonder what happens when you click that? You betcha! You can either go to her OnlyFans page or her VIP site. Both of which look to contain the same type of content (NSFW). Oh, and if you apparently have nothing better to do with your money, you can “tip” her where you simply send her money – any sugar daddy’s out there?

Let’s circle back, and if you went to her Instagram pages or her website, I’ve probably already lost you, but for those who are still here, I want to look at this whole thing a little closer. I’m honestly so sick of people claiming to be a “bodybuilder” or “fitness influencer” or claiming “plant-based fitness” and even going as far as to say they are a “personal trainer and nutritionist,” but all they’re really doing is trying to get you to pay for their nude photos and send them money every month for access to their website and images. This chick even has an area where you can “chat” with her. Hmm, wonder what happens on those sessions?

While there are hardly any photos of her with her kids on social media, I find it quite disturbing that she posts a photo on her Instagram where she is with her kids, and then the very next photo, she posts one of her basically naked. *facepalm*

Listen, keep your criticism of my comments about her to yourself – frankly, I don’t care what you think, you can save your breath. This is my opinion.

What’s going on lately in our industry is on a whole new level. People are blatantly using our industry to sell their nude photos. And this woman promoting her semen smoothie is just a way to bait all of the lonely men to spend their nights alone jerking off to her photos and spending money on her VIP site and OnlyFans. I bet her kids are so proud of their mom when all of their school friends look her up on the internet and realize what she’s doing. But hey, if you’re cool with that, so be it. It just seems like it’s not the best thing to do as a parent.

I’m going to put it out there, if you have to create an OnlyFans account, you may not have any real life skills if degrading yourself is the only way you can make money. Here’s a newsflash guys, the women on OnlyFans don’t care about you, they only care about your monthly subscription to their websites. They wouldn’t even look at you in real life. And let’s be real for a minute, why would people pay for a random person’s OnlyFans when if you’re that desperate, you can pretty much get anything you want for free via a simple Google search these days?

The “OnlyFans” She’s Attracting Are Lonely and Unhappy Men

She went on the record with The Sun, basically claiming she’s all plastic, spending over £50k. She’s had four boob jobs, a nose job, two eye surgeries, a Brazilian bum lift, and best of all… a surgery to give her a “designer vagina.” All of these were funded partially from her “modeling” work. I probably just lost 98% of you, and you’re over on her OnlyFans page now.

I totally understand that sex sells, and those who are in the fitness and bodybuilding industry look amazing. But there seems to be too much crossover, and it’s giving the industry a bad look. I don’t know how to fix this, but I think it’s only going to get worse before it ever gets better.