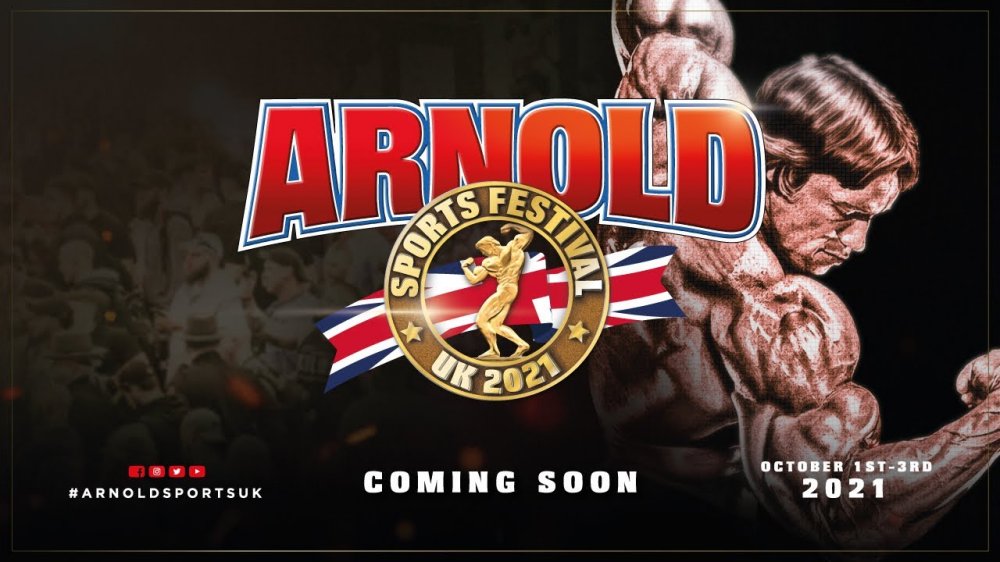 A recent article in Fitness Volt stating that it was likely the 2021 Arnold Classic would be postponed to September, has many talking in the fitness industry. Interestingly, the promoters of the event have stated they will make an announcement on dates this week, throughout their official platforms. It seems FV broke the story, so kudos to them on that, and also kudos to event staff for not keeping the public wondering what’s going on. That being said, it is early January 2021 and by this point most fans have already long made hotel reservations and booked airline tickets for the March event.

This year is different because most fans don’t even know, with any degree of certainty, that The Arnold will even happen. There’s been rampant speculation that the event may change dates, move locations, and/or change formats. Who can forget last year’s event? The amatuer competitors, who had flown from all over the world, went to sleep not knowing if they’d have a stage to compete on. Could you imagine the nerves those people must have had? Can you imagine all the time they spent, all the effort put in, all the money, and for what?

Although the show did take place, the friends and families who traveled to see the show, weren’t allowed to sit and watch. The Arnold Amatuer was an audience-less contest. Thankfully, the main event had some audience, but the show was a shell of its former self. Also, there was no expo. The Arnold Expo is the biggest, most exciting event of its kind. No other expo, whether FIBO, BodyPower, or, even, The Olympia, compares. In 2020, the expo went virtual. Nonetheless, Arnold and The Lorimer’s put on a world class production, crowned a new champion, and didn’t drop the ball. The question now is, does it make sense to keep the original date, given the fact that Covid 19 continues to ravage the country and heavily influence the direction state governments take. Even with three vaccines in active play, 2021 isn’t looking to be any different than 2020.

The Arnold is the second biggest event in the sport of bodybuilding; the first, is the Mr. Olympia. Although both contests are sanctioned by the IFBB Pro League, they are very much distinct from one another. They’re also both very unique from other IFBB Pro League contests, as well. Over the course of time, certain parts of these contests become carved in stone. The status quo has become that The Arnold starts the year and The Olympia, more or less, closes it out. There may be contests before the Arnold and after the Olympia, but these two contests are very much the alpha and omega of the bodybuilding contest season, every year. And every year, the shows happen in Columbus and Las Vegas, respectively. The Arnold is the second biggest show and as such, its winner is usually considered the #1 contender at The Mr. Olympia. The Arnold is an invitational and the Olympia requires qualification. Then 2020 happened.

The Arnold was still in Columbus, still at the given date, but the calm before the storm was over. The Arnold was at the beginning of the chaos and if the promoters thought their years and years of loyalty to Columbus would have made any difference – they were wrong. The fact is, the City didn’t do anyone any favors. Everything started to shut down, cops guarded doors, and fans were left scrambling for answers. The whole point of smartphones, the internet, and social media, is about never being in the dark. People want to type in or speak a question and have a million different options to hearing the answer. When the searches come back with no returns, people start to speculate, and go nuts.

The truth is, having The Arnold in March would be insanity, especially given the almost draconian measures Columbus took in 2020. If anything changed from then to now, it’s that the government cares even less about business interests, or even, in some cases, personal freedoms. If there’s to be a decision based on public safety, it will trump all other concerns.

Businesses in our industry would certainly be weary of spending huge amounts of money on renting space and then building and transporting booths, products, and putting up workforces if it’ll be done to chance. What guarantees could promoters give businesses that a contest in cold, snowy, March won’t hit the same bumps in the road as in 2020? Also, sometimes, changing dates, alone, isn’t the answer. For some reason, The Olympia ditched Vegas for Orlando. They had moved the date, but ultimately that wasn’t enough.

Moreover, I’m opposed to events building long term relationships with cities that don’t truly deserve it. What, if any, assurances did Las Vegas give to the Olympia promoters? I’d bet there probably wasn’t any direct communication between them. In all honesty, what impact does The Olympia have on the Las Vegas economy? Do hotels ever sell out? Does it have an impact on transit, restaurant menus, or airline tickets? I don’t really think so. The Olympia is always in Vegas, largely, because of the promoters preference or maybe it’s because it’s a lot easier to keep the event in one American city.

When it comes to The Arnold Classic, however, there’s no question the event helps the City. In fact, The Arnold gives downtown C-Bus businesses guaranteed income each year. For many of these businesses, the money they make during this one week of the year, provides them with a cushion. Should they run into any bumps in the road or a critically-needed expense, the money is there. In 2020, the pandemic ruined all of that. The last thing anyone was thinking of, was dining out. They wanted to socially distance, wear face masks, and constantly reach for the hand sanitizer.

What guarantees can Columbus, or any city, give businesses? If we were in Florida, where I suspect the event will move, there’s a consistent deference of the state that will look far more attractive to businesses and the ticket-buying public. Florida has pushed hard on social distancing, face masks, and having PPE readily available, while at the same time staying open, not instituting overly-invasive health measures, and more or less limiting the scope of interactions with the public. In some states, it’s not just the media who’s whipping everyone into a frenzy, but state and local governments, as well. In Florida, officials have been far more observant of keeping calm and order in governance. Other states have multiple press conferences per day, loaded with speculation, and utterly accomplishing nothing.

If the Arnold Classic moved to, say, September and moved to Orlando, FL, that could be a heck of a move. Who knows, maybe the event would go one step further and announce Orlando as its new permanent location. I suspect that’s what The Olympia will end up doing. Things aren’t just going back to normal, across the board. Why temporarily move to a better place, why not move altogether? Why not have the event in a different city each year? It may be a little more work, but it’ll pay off in the end.

Look at the World Series or the Stanley Cup, look at the Olympics? Change is good and change also shows versatility. If The Arnold happens in Columbus in March (or even September), it might be doomed in 2021. If it happens in Orlando in September, it might grow more than years in the recent past. That seems like a no-brainer to me. On the other hand, such a move could have a far greater effect on the fitness industry and the sport of bodybuilding.

Whereas The Arnold may move to September, that would work well if The Olympia happened in December, again. But the Olympia has traditionally been a September event. There’s no way The Arnold and Olympia would happen in the same month. If so, it would almost seem like the events were on a collision course with one another. Also, what about Ahleticon? If Arnold moved four months up and The Olympia moves to December, would Athleticon still want to be in June – or – would they want to move up also? Maybe they might want to move to Orlando, too. Huge contests like The Arnold and Olympia don’t just get rescheduled without changing the whole sport in the process. That could be a good thing, but it could also spell utter chaos.

In the end, this article asks a lot of questions. Sadly, we don’t have the answers yet, but I’m glad our wait won’t be a long one. By the end of this week, we’ll have some official answers to work with, and that’s fantastic news. I suspect the announcement will be exactly what we’re speculating on and if so, we might have a great event to look forward to. If promoters limit themselves, then we’ll likely have something; maybe not anything to write home about, but we’ll, likely, have something. If promoters are bold, think outside the box, and take some chances, then we might have an even better 2021 roster of events than we ever thought possible!! I suspect that The Arnold will do like The Olympia in 2020. My guess is September sounds about right and I’m almost positive the Arnold will be at the same place the 2020 Olympia was.

What say you? What do you think the big announcement will entail? Would you go to The Arnold in September?