Newer PostCould Athleticon Stomp Out the Arnold Classic in 2021?
Older PostDavid Henry Could Be the Shocker in Orlando
Share on FacebookShare on TwitterShare on LinkedinShare on Pinterest 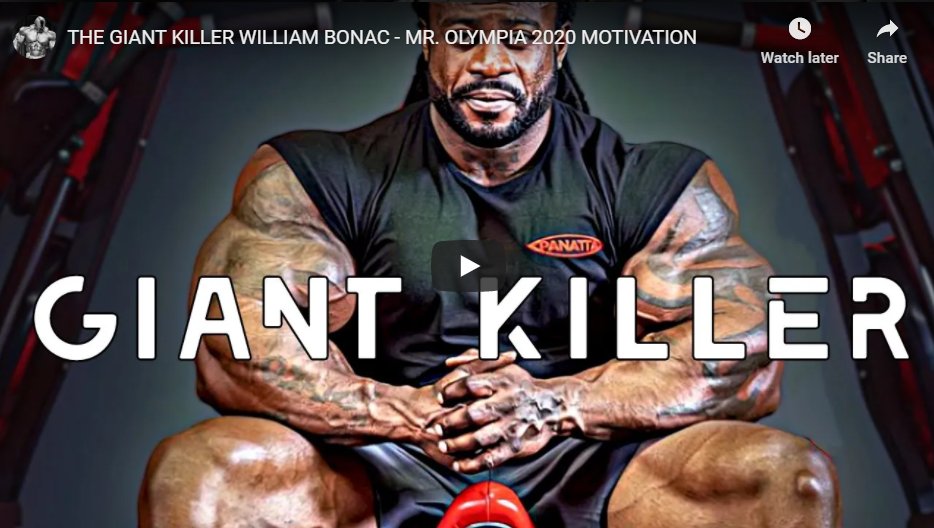 Let me come out and say it. It’s December 3rd as I pen this article for Iron Magazine. You’ll probably read this December 4th or 5th and I doubt this issue will be corrected by then; but even if it is, the basis of this article stands. One look at the Olympia promos to date and a certain kind of picture gets painted. Thankfully, they’re starting to give Brandon Curry more of center stage on the promos, where he belongs, as the reigning champion, but they’re missing their mark with other notable competitors.

That being said, I understand that 2020 has been a very tough year for bodybuilding and with this being the first year the contest is in operation, under the ownership of Jake Wood, they want to hit a home run. The Olympia welcomes the return of Women’s Bodybuilding, it’s increased the prize money across the boards, and it promises to deliver a PPV package unlike any seen to date. I also get that bodybuilding contests – from local shows to the Super Bowl of Bodybuilding – must generate a profit. You need to sell tickets – especially given the high likelihood that the 2020 Olympia won’t have an expo. It’s necessary to put emphasis on marketing and I totally give the promoters a pass for that. I wasn’t exactly thrilled that Big Ramy got to a special invite, while An Nguyen who was tied with him for points, didn’t. That was a purely business move. I get it. Another purely business move was courting Phil Heath to return. Whatever, if any, arrangement was made there – I get that too. They want to sell tickets and PPV. Fine. What I don’t get is ignoring and overlooking top competitors like William Bonac from the event’s promotional materials. That makes zero sense to me.

William Bonac should be the #1 contender. In 2019 he placed 2nd to Brandon Curry at the Arnold, then 2nd to Brandon Curry at the Olympia. In 2020, he wins the Arnold, besting Dexter Jackson and an impressive looking Big Ramy. But as the 2020 Olympia rolls around, there aren’t many posters including Bonac, there’s also no posters featuring him, prominently. There’s standalone posters for Heath and Ramy, but not Bonac. There’s none for Roelly, either, which is upsetting, but Bonac is the #1 contender. Phil is not the #1 contender, Ramy didn’t even earn his spot, didn’t compete at the 2019 Olympia, and didn’t place well in the 2018 event, either.

The ONLY reason Ramy got his spot and gets his press is purely to sell tickets. I take issue with the way The Conqueror is being treated, but there’s still time. There’s still a solid two and a half weeks to really push hard, to really put some spotlight on one of the greatest bodybuilders in the history of the sport. And c’mon.., what does a graphic cost? $50, maybe not even that, maybe $25. All they’re doing is using the same template, switching out the athlete’s picture and including their legal name and nickname. That’s about it. Surely, the powers that be can have their graphic designer take the whopping fifteen minutes to make this happen.

Bodybuilding is the sport we all know and love, but in order for it to grow, it needs to reward merit above all things. Rewarding merit takes a page from other sports. Sure, there’s ways to keep things interesting, whether you call it a “special invite” or a “wild card,” but the cream should always rise to the top.

On a recent interview that Aaron Singerman did with Ron Harris for Muscular Development, Aaron asserted, quite confidently that if Kai Greene wanted to compete, that Dan Solomon would OK it at the eleventh hour. If that’s so, then what does that say about the event? Kai isn’t a past Olympia winner, he already got a special invite back in the day (which he didn’t even dignify with a officially declining it), and he hasn’t competed in 2020. In fact, he hasn’t competed in 2019, 2018 or 2017, either. It’s mind boggling, though, that if he wanted to compete, that he could just get a pass because he’s Kai Greene. That’s not how a real sport operates. If the Mr. Olympia is the same event that Arnold talked about in Pumping Iron, a stage reserved for bodybuilding champions of that year, then how can guys just wander onto it because the promoters lift the rope for them? That’s not merit-based, that’s just business-based.

I have a world of respect for everything Dan and his team are doing, but I’m not a shill. I speak my mind. When you stop to think about it, they’ve had to switch dates, switch states, and work under the most difficult conditions of any year in the sport of bodybuilding. What they do, is nothing short of amazing. What I do is write, vlog, and put out content.

I really respect what Dan said to Ron on his interview at Muscular Development. If Ron handicaps a contest and a competitor gets upset because they don’t like where he placed them, then that athlete is in the wrong. It’s Ron’s job to be an unbiased journalist – as is mine. Iron Magazine has been around since 2004, it has over 10,000 articles, and when I write an article for it, I put the same amount of passion and thought as I would for StrengthAddicts.com (my personal page).

Now, most people aren’t going to criticize the O because they’re scared they’ll lose their press credentials. That being said, there’s a difference between constructive criticism and just being a hater. A hater is the equivalent of a troll. They just want attention and that attention usually is obtained through trashing others. Constructive criticism is intended to build up, improve, and/or suggest different ways of doing things. Further to that, the fear of losing favor or press credentials is a thing of the past. I don’t believe Dan runs the show like that. Maybe Robin Chang did, but I can’t really speak on that because I never had any issues with him.

The bottom line is this, at least as far as I’m concerned, there’s top guys and there’s media draws. Both deserve credit for different reasons. Some guys are hybrids. A guy like Roelly Winklaar is most definitely a top guy and most definitely a media draw. He was the 2018 People’s Champion and he’s a top level competitor. All that being the case, if you didn’t know any better, you’d think Roelly wasn’t even doing the contest. He’s received virtually no coverage. That just doesn’t make any sense.

Maybe Winklaar was offered press and declined (he wasn’t nor would he, but you can pretend otherwise). Sometimes things that make you scratch your head, make all of us scratch our heads in confusion, too. Promoters aren’t perfect – they don’t know everything so that’s why I pen these articles. I’m the farthest from perfect and Lord knows I’m flawed, but I get to write articles about things I think could be improved. If the powers that be read them and remember what I’ve written when they make the big calls, that’s to me what hitting the jackpot is to a lottery player.

If you take one thing – and one thing only – from this article, it’s should be this: GIVE WILLIAM BONAC MORE PRESS!