Will We Ever See Hadi Choopan Compete on Stage Again? 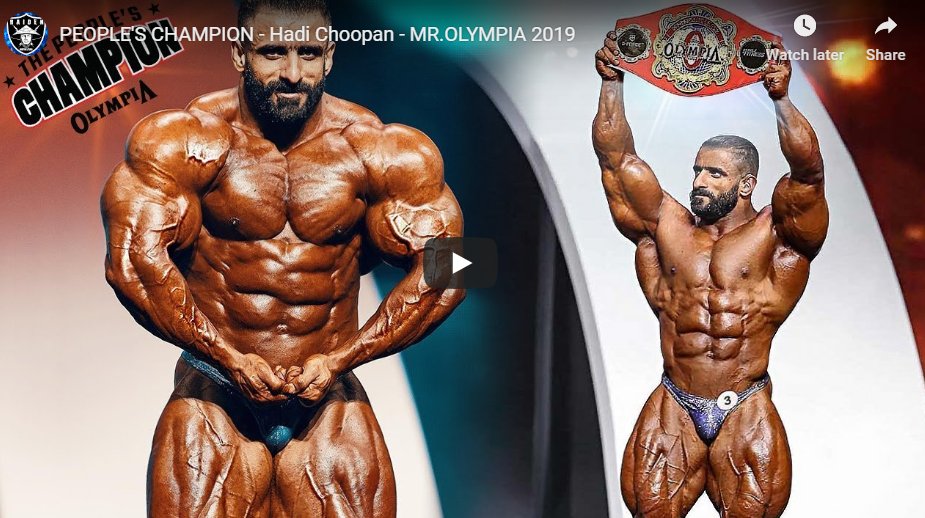 I am not a fan of politics. However, I understand that military actions do occur when there is a threat to the US or our allies. That said, the most recent overseas airstrike the US made, that killed an Iranian leader, could be the nail in the coffin for Hadi Choopan and his bodybuilding career.

Hadi Choopan Was Starting to Make His Mark

When it comes to bodybuilding, Hadi Choopan has the heart of a champion. He trains like a man on a mission to do serious damage in the industry and has done everything possible to make it over to the US and show us all what he can bring to a bodybuilding stage.

That all being said, 2019 may have been the last time we see him on an Olympia stage. It went down to the wire last year and many thought it would be another opportunity missed because Hadi was having an issue getting his visa in order to travel to the US. Due to the restrictions President Trump put on travel, many visas were rejected and many foreigners were not allowed to travel to the US.

Somehow, someway, we lucked out and were graced by his presence in Vegas. And truth be told, I don’t think there was a single person who wasn’t happy seeing him posedown next to his peers and ultimately placing third behind Olympia winner, Brandon Curry, and runner-up, William Bonac.

Hadi Choopan was one of the best 212 competitors we’ve seen in a long time. He came almost out of nowhere and shocked us all with the physique he brought to the stage. Then we heard Hadi would be (much like Flex Lewis) moving up to the open class. Many thought he was crazy but looking at the musculature on his tiny frame, I knew he would knock off many of the top guys in any lineup he appeared in.

While Hadi worked his magic alongside his “Pro Creator” trainer, Hany Rambod, it’s safe to say leaving Vegas, Hadi was hungrier than ever to get back on that Olympia stage. The fans loved him, so much so, that they awarded him the “People’s Choice” award which the prior year was won by Roelly Winklaar. Hadi was a hit in Vegas and if no one knew his name before the show, they absolutely left the show knowing exactly who Hadi Choopan is.

However, the excitement seeing Hadi Choopan on the Olympia stage all came to a screeching halt last week when we found out the US targeted an Iranian leader, killing him from their attack. This sent shockwaves through the world and Iran vowed to seek revenge for his death. President Trump asked those Americans in the region to leave immediately and come back to the United States. The actions we witnessed could have sealed Hadi’s bodybuilding fate. In fact, it worries me that Hadi Choopan’s career may have just ended if he’s not able to ever come to the United States ever again to compete.

Did Hadi’s Career End as Quickly as it Began?

It’s hard to deny that Hadi Choopan has a bright future ahead of him. And while he can compete in every show outside of the US, there’s nothing like the Mr. Olympia competition – the Super Bowl of bodybuilding. And the fact that he was so close to stealing the Sandow, had to have lit a fire in his belly to come back better than ever in 2020 for a chance to win it all. But that chance may never come – at least not in the near future it appears.

I’m going to voice my opinion and maybe you agree (or disagree). Watching Hadi Choopan on the Olympia stage was like watching a kid walk around a candy store. He was clearly the happiest man on that stage. You could see it on his face. The man was smiling from ear to ear, joking around with the competitors, giving them five, slapping them on the back, and having fun. Hadi Choopan was so appreciative of the opportunity to compete on that Olympia stage that it’s truly going to be a shame if he won’t be able to make it in 2020.

I can’t say I know how they got him over in 2019, but I hope they can work something out to bring him back to the US to compete. While I understand the reasoning for certain travel bans, Hadi does not pose (a little bodybuilding humor) a threat on US soil – unless he’s in his posing trunks on a bodybuilding stage, then every bodybuilder should be afraid.

Personally, I tip my hat to Hadi and Hany for the package they brought in 2019 and I hope they can figure out a way to get him back into a bodybuilding lineup here in the US so he can once again blow us away with his insane physique. While some may be against you, Hadi, I’m 100% behind you and support you in your efforts to compete and become the best in the world.