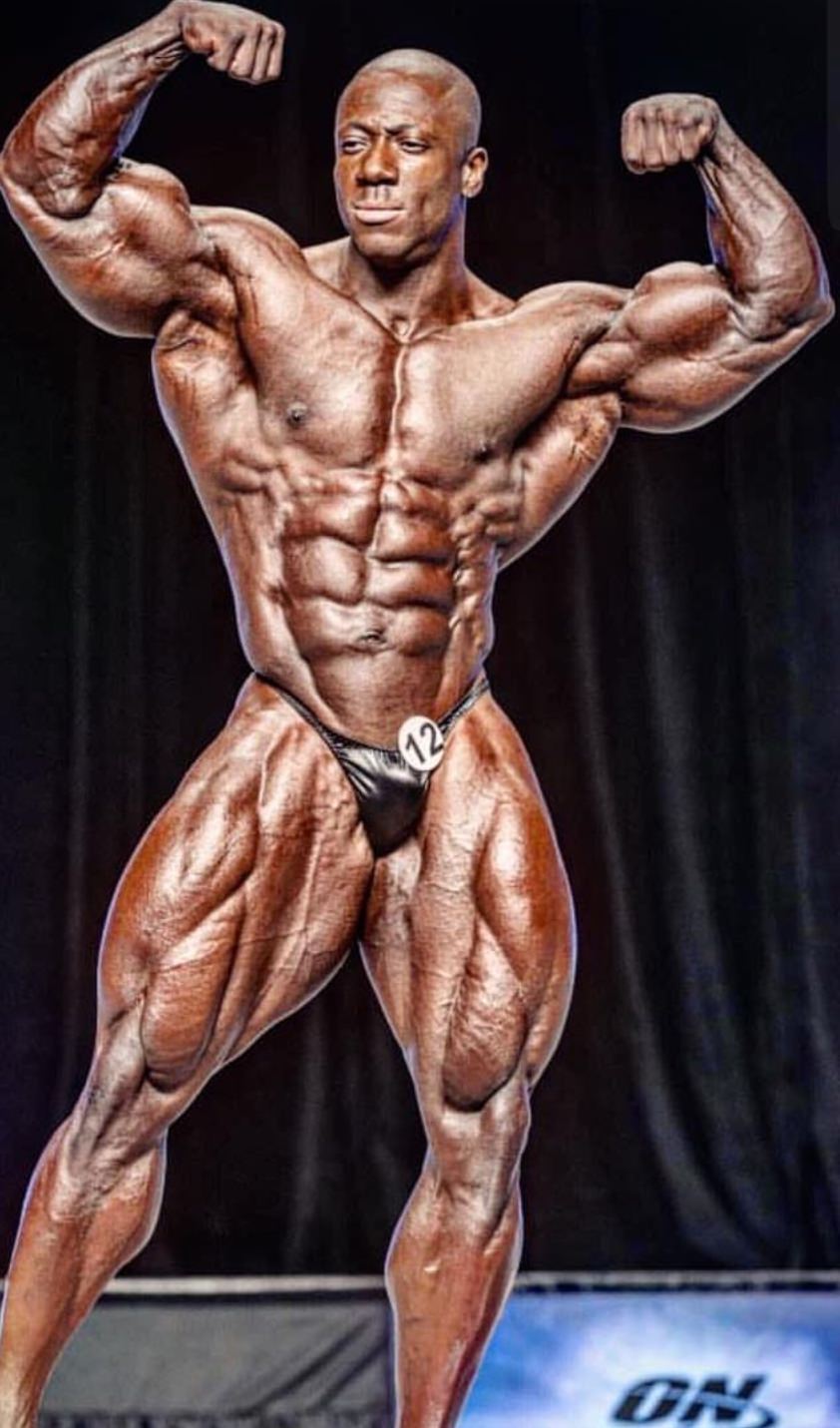 This has got to be one of the biggest what-if type questions out there, largely, because the outcome is beyond speculative. Rhoden has been a fan favorite all over the world since 2016 when he took a controversial runner-up to Phil “The Gift” Heath. This is for a couple pressing reasons.

For starters, sports get boring whenever there’s a team or player that wins everything. People love competition, they like the suspense, and it’s that contentious climate that creates some of the best debates on the message boards, in between sets at the gym, and of course in the audiences of some of the biggest contests. Fans like close, tough battles, where pundits and handicappers can break down each pose, speaking to the strengths and weaknesses of each competitor. Whenever you have complete dominance, however, it can get boring. Phil Heath wasn’t the dominant force he was marketed to be, but held on for seven years. There were years Kai was so close, a strong case could have been made for him. In 2016, Rhoden pushed the champ hard. Then there were other years, like 2017, where The Gift was the legitimate victor. All in all, however, fans were growing tired of Phil’s blocking critics, feuding with social media stars like Luimarco, and taking great exception at any competitor who openly challenged his reign.

The fans liked Shawn because he didn’t back down. They also liked Shawn because he wasn’t considered to be the guy to be the next champion. If we were to go by marketing, it would have been Kai or Ramy, maybe even James “Flex” Lewis coming up from the 212, but not Rhoden, never Rhoden. You have to realize, I took A LOT of abuse on the message boards because I was one of the few who constantly predicted Shawn would go all the way. Everybody laughed at me and everyone said that was the longshot of the century. Flexatron was a real longshot – then and, interestingly, now.

The fact is 2017 was a tough year for Rhoden. He was sidelined because of a jaw injury that literally prevented him from eating. There was such a build-up after 2016 and his then sponsor, Pro Supps, was pushing hard for him. If you were active on the bodybuilding websites, you couldn’t help but noticing the very strong push behind the 2016 Olympia runner-up. Rhoden was taking the Olympia so seriously for 2017 that he skipped the Arnold Classic. That could have been an easy pay day for him, especially given the fact that was one of the weakest lineups in ages. No disrespect to Cedric or Dallas, but Rhoden would have cleaned house, fresh off of taking 2nd at the Olympia. Still, everything was going into the 2017 rematch. When he didn’t win, didn’t take second, and took a tough, but respectable, placing, he lost his main sponsor and once again, people wrote him off.

Some guys are the people’s champions. Other guys are the blue collar workers of hte sport. Some guys, like Rhoden, are the underdogs. They’re overlooked by the press, largely overlooked by the fans, and sometimes lose big money because even their own sponsors don’t see what they see. I’ll still say, how colossaly dumb would a supplement company CEO feel like, if the guy they dropped the year before, went on to win the biggest title in bodybuilding the year after.

Some guys lose their biggest sponsor and fall to pieces, but the real fighters, the real champions, they’re unphased. They know what needs to be done and they do it. Shawn fought so hard in 2018, I can still remember watching the videos where he was literally assisted to walk. That’s some Rocky Balboa shit right there, tenth round, holding onto the top rope and beckoning Apollo Creed to come back for one more go at it. Phil was definitely not Apollo, but Apollo would be the industry, the naysayers, the critics and of course the haters. When Shawn won in 2018, he shut everybody up.

Now we have an understanding of what he’s facing legally and while I would never speak as to guilt or innocence, I will say that I hope the process is carried out, that Shawn’s rights are respected, and that his legal team be able to ensure he receives a fair trial. With that said, there may or may not be a trial. In the event Shawn is acquitted or the case is disposed of, I believe he’s owed the right to compete and I do believe that’s always been the plan. If and when the charges are dropped or the case is won, then everyone on the planet yearns for the day Shawn hits the stage. Whether or not he can beat Brandon Curry, Flex Lewis, or any other competitor really isn’t the point. The fans simply want to see their 2018 champion back up there.

To those who argue that had he never had to leave the sport, that he would have won in 2019, all I can say is that that’s mere speculation. I’m not one to speak in hypotheticals; I’m not one to compare photos of competitors from different eras and pontificate over what the results would have been on in some kind of bodybuilding celebrity matchup. I leave that nail-biting content for the youtube stars and wannabe influencers.

I, personally, don’t think we’ll see Shawn on stage – any stage – competing in 2020, simply because I can’t imagine his case will have concluded by that point. Most of the courts are backed up as a result of Covid19 and while many are using innovative features like Zoom for select hearing and motions, I would think that given the gravity of the charges, that Rhoden’s legal team would opt to do things in-person and all in their due time. This is not the kind of trial that either side would want to speed through. At least that’s my opinion.

That being said, we all see Shawn training and packing on muscle like someone who is planning to compete. There’s really no reason that any competitor would hit it that hard in the gym, eat that strictly, and post so many updates, simply for hits. That’s never been Rhoden’s style and I can’t imagine it is now. That’s something a new name in social media would do, someone looking to get Instafamous and/or drum up some noise for their Youtube channel. The bottom line is, Rhoden wants it, he’s fighting in the trenches, and he’s not going to put himself through the emotional rollercoaster of leading his fans on, just for shits and giggles. He’s not that guy – in fact I don’t know anyone who is.

Ok, so sure, Kai Greene has been known to tease the fans over the years. Maybe he’ll imply something, laugh at a certain time, maybe he’ll be subtle and maybe not so subtle, but that might be a sound bite or two. Rhoden has been looking and sounding like someone who’s on prep for the biggest contest of their life. One things is marketing and another is living the life of a competitor. Maybe Rhoden is taking a page from the Kai Greene manual or maybe living the life is the closest thing to feeling like an active competitor. Maybe this is more than a labor of love, maybe this is all that’s keeping Rhoden grounded.

Again, I won’t speak to guilt or innocence, but what I will say is this. Imagine IF you were totally innocent, but you had serious charges over your head. You’re innocent until proven guilty in terms of your personal freedom; however, you can no longer compete, you see all your sponsors leave you, and you even a lose a lot of fans in the process. You’re basically a spectator. You can’t defend yourself, you can’t do anything, hell, you can’t even say anything. Maybe training for a show, even if you know deep down you probalby won’t be able to compete, is all you can do. Maybe Shawn’s whole prep rests on whatever bleak light can be seen at the end of the tunnel. Maybe his whole prep is fueled by hope?

Do you think Shawn will compete at the 2020 Olympia?