Will Big Ramy Dominate in Columbus? 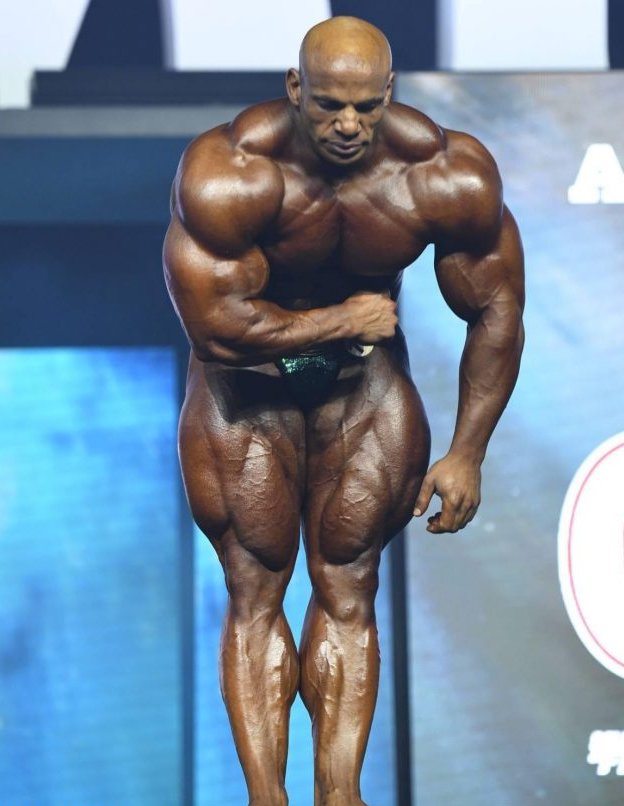 As the 2020 Arnold Classic fast approaches, more and more people are heading over to Big Ramy’s IG, they’re feverishly checking the message boards, and reading every magazine they can get their hands on. Hardcore bodybuilding fans are hanging on the commentators every word, from legends like Ron Harris of MD, Shawn Ray of Digital Muscle, and Nick Miller of Nick’s Strength and Power. Even Dave Palumbo is getting some hits.

The truth is, since Big Ramy broke his social media silence, things look a lot more likely to happen. We mustn’t forget that many fans grew disillusioned at word that 2018 Mr. Olympia Shawn “Flexatron” Rhoden would, in fact, not be competing, despite a confusing graphic that went out in late 2019, featuring him and Ramy. Many thought for the worst, assuming that at some point Big Ramy would also be out. The fact is, a recent post by Ramy and another post by his sponsor, have created a great deal of much-needed reassurance between the Ramy camp and the fans. The people who buy the tickets, the supplements, and who keep the sport alive, have been let down far too much. People want to see Big Ramy compete at his first Arnold, – it’s long overdue. The big question is, will Ramy show? WIll he compete?

I honestly can’t believe we’re even having this discussion in January 2020, but I’m still not convinced we’ll see The Egpytian Phenom on stage. The Arnold Classic is the second biggest bodybuilding contest in the world. We know that one of the most famous athletes – ever – is going to be competing there. For starters, this contest is an invitational, so you can’t qualify for it. Not just anyone can decide they’ll do the Arnold. There’s a limited number of spots and the prize money is out of this world. The bragging rights that come with a win in Columbus, are also second only to win at the Olympia. There’s a lot on the line, to say the least. Also, there aren’t too many people that are no-shows for an event of this caliber. Then again, I still remember watching videos about why Ramy’s shoulder issue, which sidelined him from the 2019 Arnold; I just really hope nothing prevents him from hitting the stage in under two months. It would be a massive hit, if both guys on that confusing promo (Shawn & Ramy) didn’t, in fact, make it to the stage. I realize that last year, the issue with Ramy was allegedly a shoulder injury, but Ramy skipped both 2019 Arnold and the Tampa Pro, which also caused him to miss the 2019 Olympia. The two IG posts, one of Ramy training shoulders and the other training back, do in fact inspire some confidence; however, Ramy is covered up pretty extensively. This is a tried and true approach to prepping. It increases hype, throws off the competition, and keeps the athlete focused on getting ready for the stage, as opposed to getting meaningless accolades from gym goers and social media folks.

That being said, I find it troubling that we still don’t know who’s coaching Ramy. We know it’s not Neil Hill, even though Ramy has echoed Hill’s assessment all 2019, asserting that he needs to come in lighter, more streamlined, and more conditioned. We don’t know if he’s with Dennis James, the Camel Crew, or Chris Aceto. We don’t know anything, actually, and with less than two months out, that increases my concerns that he’ll even compete. On the flipside and not that I’d ever think any champion would do this, but flirting with the idea of competing, putting out content in contemplation of competing, and especially talking about competing, will have an undeniable factor on increasing audience size, increasing relevance, and increasing sales. Again, I don’t think this is Ramy’s style, but there are a handful of champions who have mastered this approach and laugh all the way to the bank each year.

If Ramy were to compete in his first Arnold Classic in just under two months and win, this would be the single biggest moment in his career. I feel that this win would trump his NY Pro title, would trump taking runner-up to Phil at the 2017 Olympia, and would truly put him on the map – once again. Right now, Ramy is largely being talked about because of his past. He really needs either a very strong Top 3 placing in Columbus or a downright win to ensure his place for the 2020 Mr. Olympia, one of the most competitive in years. If he wins, he can focus on the Olympia; however, anything shy of a victory, will mean he’ll have to compete again to qualify. He could win a show or accumulate enough points. Hopefully, it’ll be the former as opposed to the latter.

This is where we are. We know Ramy is said to compete, we have all of two videos worth of proof, and a ton of questions. If he competes, what will he look like and who will he have in his corner? If he competes and wins, then what? Also, we have to ask, what happens if he competes and the streamlined experiment is a flop?

Let’s not forget that Ramy is no spring chicken and that over-the-top size has been his calling card since Day 1. If he now, all of a sudden, drastically changes gears, with an unnamed coach (or no actual coach), and tries to debut this new look on the second biggest stage in the sport, with probably its most stacked lineup in the last five years, what happens if he gets relegated to second callouts? Does he go back to the drawing boards, is that it for the year, what? What happens then? I mean, I know that no one wants to ask this question, but Ramy went from runner-up in 2017 to sixth in 2018 at the O. Is it that hard to believe if his new look isn’t a 100% hit that he falls outside the Top 6 in Columbus? This isn’t the 2017 Arnold, it’s 2020, and in 2020, this will be an all out war, with the very best in the sport battling for the top placings.

There’s a lot of unanswered questions before us. I have a feeling we won’t know many of the answers until the day in question arrives. That being said, we are living in a very exciting era of the sport – where anything can happen!