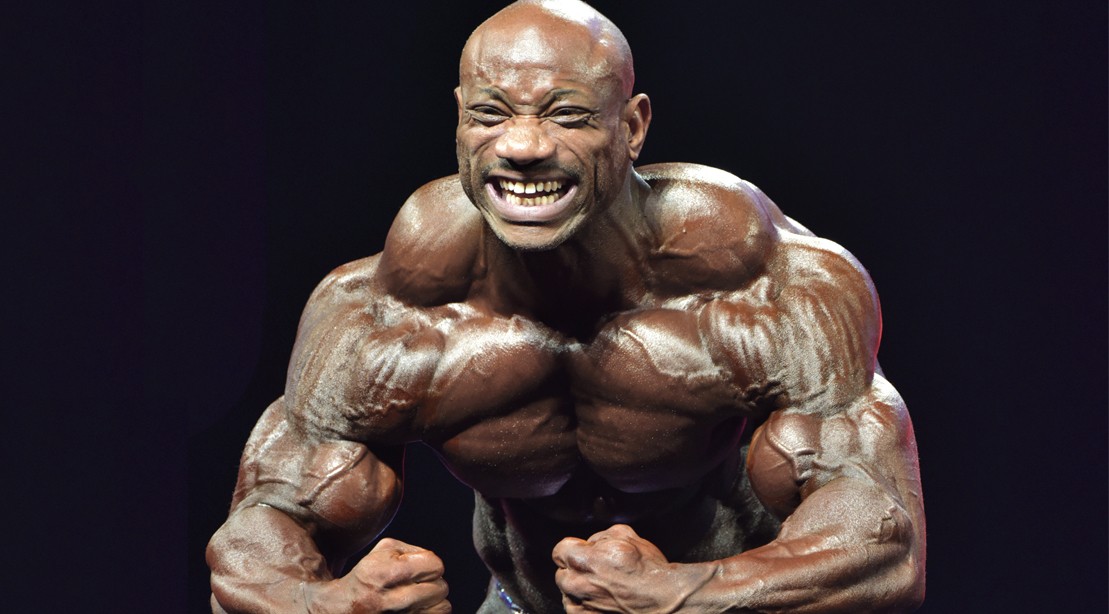 Dexter Jackson will go down in history as the winningest pro in the history of bodybuilding. He’s won pretty much every title imaginable. He’s won the Arnold 9x, he’s won the Olympia, and even won the Masters Olympia. He’s competed throughout the world, worked with the biggest supplement companies, and continues to do very well on stage. Just this year, he took a solid second place to 2x Arnold champion William “The Conqueror” Bonac. There was also some talk of Dexter doing the much talked-about Athleticon event in Atlanta (which has been postponed to 2021) and of course, what’s commanded the most conversation about The Blade all year long, has been the 2020 Mr. Olympia, which is said to be Jackson’s last.

Many in the industry are sad to see one of the elder statesmen of the sport go into retirement, as am I, however, I don’t actually think he’ll retire. There have been plenty of athletes, actors, and bands who have said they were retiring – only to have a change of heart when the said day and time arrives. Others have one-upped that, using the concept of retirement as a marketing ploy. I want to state unequivocally that I don’t think Dexter played it like that, but I do think he may have second thoughts. Why would anyone who takes runner-up at the Arnold Classic retire? Also, what about the Olympia? If Dexter is once again in the Top 6, especially if he’s in the Top 3, why would he retire? His approach to training seems to work, he continues to place well, and if money is any concern, he continues to do very well with prize money. I do understand he’s older, but even if the sport is starting to catch up to him, he could easily compete just once a year at the Olympia – or – once a year, anywhere else. If he truly does retire, what will his future look like?

Dexter has done things the right way. His training, largely under the eye of Charles Glass, has been second to none. This is not to say he lifts the heaviest, but what he does is, what works. Bodybuilders aren’t supposed to lift like powerlifters and ego lifts are for insecure folks who yearn for acceptance. When you’re a 9x Arnold Classic champion and a Mr. Olympia, you turn heads with your physique and your contest record – you don’t need to lift crazy poundages, scream, and run in circles high-fiving your workout partners. The fact is, Dexter hasn’t had any serious injuries and to my knowledge he hasn’t had any minor ones, either. This is attributable to a guy whose longevity in the sport is second to none.

There have been guys who competed that were older than Jackson, but this isn’t merely about his age, it’s about his time in the sport. Moreover, his time has always been on top. He’s been consistently one of the best in the world. In fact, we have to look at Columbus, yet again, because who takes runner-up at the second most important contest in bodybuilding, the year he’s supposedly going to retire? There are guys who spend their whole careers working towards a placing like that and Dexter gets it as he’s making his way for the door? That, to me, isn ‘t someone ready to take it easy, that’s someone who with just a little more effort could win that show and maybe even another Olympia.

When you compare Dexter to other former Mr. Olympias who continued competing, his run is also totally different. Samir, like Dexter, won only one Sandow. Samir, like Dexter, continued to compete long after the year he won. Dexter, unlike Samir, remained a fixture in the Top 6, even getting better placings some of the years he competed in the future. With Samir, and other Mr. Olympias, the placings consistently worsened. Coleman went from 2nd to 4th; Cutler went from 2nd to 6th. Dexter lost the title in 2009, but has always been a top contender for regaining it. In fact, the only competitor that 7x Mr. Olympia Phil Heath ever truly feared, was Jackson. And that’s not puffery or speculation on my part. The Gift, himself, has stated on a number of occasions that a 100% Dexter Jackson was most definitely on his radar.

So if Dexter’s training hasn’t resulted in any injuries, why retire? If he continues to training under someone with the skill of Charles Glass, coupled with knowing his own body after so many years of competing, then it stands to reason if Dexter kept training (maybe with minor adjustments when appropriate) that he could keep competing another 5-10 years. The training isn’t what’s making him want to retire. At least, it doesn’t seem like it to me.

Competing, on the other hand, may be something Jackson wants to leave behind him. A lot of guys hate contest prep. Whether it’s the caloric manipulation, the drugs, the training or the mental game, a lot of guys just don’t like the process. Bodybuilders are their happiest when they can go on the guest posing circuit, eat more freely, train heavy and get huge. Most guys today, unlike their counterparts in the 80’s and 90’s, don’t suffer. It’s not even a question of whether they like to or don’t like to, they just for the most part don’t suffer like the older cats did. Physiques have changed, for better or for worse, and the few guys who still hit it old school, are making a killing. There’s a reason Dexter Jackson has been doing so well.

Unlike a lot of guys he shares the stage with, he knows contest prep like the back of his hand, he’s so regimented that he never has to suffer ridiculously. Guys who never get sloppy in the off season and who prep over time, don’t have those hellacious peak weeks. Why subject your body to seven days of hell, when you can gradually evolve over 12-16 wk prep? Also, not every person is the same. Unlike a lot of guys, Dexter can have sodium pretty much the whole time. That’s my point exactly. If you can have salt, why eat bland food? If you can’t have salt, then don’t, but a lot of guys (even with the best gurus) simply do what everybody else does. It’s really kind of like amateur hour, at the most prestigious pro events. Dexter knows what works – both in the gym and in the kitchen – and he’s firing on all cylinders. He looks insane, places in the money, and again I have to ask – why retire?

If money is no concern, then it doesn’t require much attention, but since when is money of no concern? Even rich people, them especially, will always tell you to earn hand over fist. Why would anyone walk away from a $150 or $400k payday for a single show?

Could Dexter win another Arnold Classic? OF COURSE! He just almost won his tenth one, five months ago. Could Dexter win another Olympia? That question gets asked every year. It’s one thing if Dex had to play 80 games or be engaged in a sport for nine months out of the year, but one prep and one show, for all that money, to stay on everyone’s minds, and to continue bridging the gap between not one two, but three eras? That seems well, well worth it. That being said, the man has the right to retire and relax, but the fans don’t want him to go. We’d like for him to stay – indefinitely! And I suspect, a big part of him, wants just that too.

What will Dexter do if he truly does retire? Unlike Kai, Jay, or Dorian (just to name a few), Dexter doesn’t have a supplement company. I believe he’s had his own before, or at least one that had his name on it, but I’m not sure how well it did. There are so many companies out there and if Dexter is retiring because he wants a break, hitting the expo circuit would definitely not be the life of calm and serenity. If anything, the expo circuit would be substantially more taxing than doing one contest a year. He is also a successful contest promoter, but there’s only so many sanctions. He could partner up with other promoters, but in the age of Covid, contests aren’t exactly all that lucrative. If anything, they’re surviving, but I can’t imagine there’s a long line of people dying to get into that aspect of the industry, anytime soon. There’s always personal training, but Dexter has had to leave that before, largely, because of the drama.

Dexter doesn’t like drama.. So who knows. Maybe he’ll get into media. Maybe he’ll be a hit, following in the footsteps of legendary, Hall of Fame bodybuilder “Sugar” Shawn Ray, who gets mobbed wherever he goes by screaming fans. There’s any number of things Dexter could do. Maybe he’ll get into politics, like Arnold. Dexter Jackson for Mayor of Jacksonville. Stan McCrary could be his campaign manager. Who knows? The sky’s the limit for The Blade, but he doe love bodybuilding, he looks awesome and I just don’t think retirement is for him. With Phil Heath back, Flex Lewis in the Open, and the beginning of the Brandon Curry era, Dexter will always have a place in the Top 6. Most guys could only dream of that good fortune and Dexter could have it for another 3-5 years just by doing what comes so naturally to him.

What’s your take? Will Dexter retire? And if he doesn’t, how well could he do in the future? Could he win another Arnold, Olympia? I look forward to reading your feedback in the comments. Thank you for reading my article, here, at Iron Magazine.