Newer PostHunter Labrada – The Next Generation of Greatness
Older PostThe Ms. Olympia Wouldn’t Be The Same, Without Iris Kyle!
Share on FacebookShare on TwitterShare on LinkedinShare on Pinterest 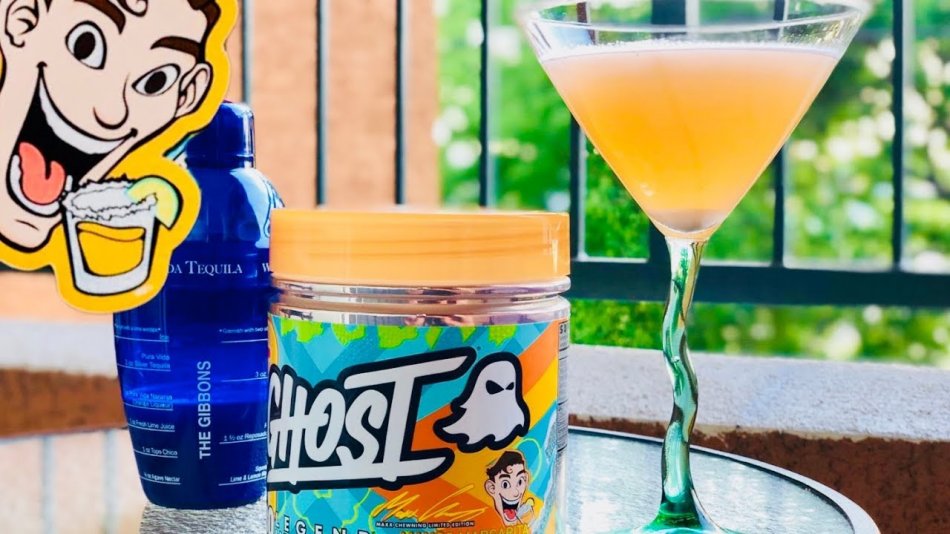 To be totally honest with you, I don’t even know where to start with this article. I guess I’ll kick it off by saying I have a ton of respect for the brands I’m about to throw under the bus (that just sounds so insincere, no?), but I feel they are doing the supplement industry a disservice. I’m not sure what’s going on, but why all of a sudden is there a push for alcohol flavored supplements?

Let’s First Think About the Demographics and the Impressionable

Ok, supplement companies love the gullible and uneducated – especially new brands who only jumped into the industry because they thought they would make a quick buck and then cash out and bounce. While they’re incorrect with their thinking, they tend to target the 18-25 demographic who may be just getting into supplements and market their products in such a way with flashy and cool looking labels as well as names to entice these young consumers to make a purchase.

While I don’t consider either of the brands I’m about to mention as being “small” I still don’t agree with what they are doing. And again, I respect the heck out of these two brands.

The Ghost and Axe & Sledge Saloon

Alright, here goes… I simply don’t understand where the thought came from or why it was even considered a good idea but both Ghost Lifestyle and Axe & Sledge have launched alcohol flavored supplements (or at least named as such).

I may be the minority here, but I feel it’s a terrible idea. Again, going back to the demographic, Ghost Lifestyle is one of those brands that fit the mold of a younger demographic – probably many of whom aren’t even of legal drinking age and are between the ages of 18-20 and simply want to look cool when going to the gym with their buddies. But things have seemed to go over the top. Ghost launching a Maxx Chewning Mango Margarita and a Rob Lipsett Whiskey Sour product leaves me scratching my head. Why?

While I fully understand the brand wants to be the cool, hip, younger lifestyle supplement brand, I don’t agree with what they are doing. Frankly, I think it’s as reckless as supplement companies naming their products after actual steroids.

Not to seem like I’m singling out Ghost Lifestyle, Axe & Sledge which is another brand I think is really cool and on the rise has come out with a Whiskey and Cola product. Now, I don’t think Axe & Sledge is going after a younger demographic, but nonetheless, I don’t feel like producing alcohol flavored supplements is in the best interest of the industry.

Maybe I’m wrong? Maybe I’m the only one who feels this way. I just don’t associate the supplement industry with alcohol. In fact, I view them on opposite sides of the spectrum in terms of health and fitness goals. Now, don’t get me wrong, I’m not naïve to think that those who exercise don’t drink alcohol. Just like I’m not naïve in thinking people under the age of 21 don’t drink at parties. But there’s just something off here that doesn’t feel right when we start introducing alcohol flavored supplements. And more worrisome, where does this lead to? Slamming a whiskey sour flavored pre-workout before driving to the gym just isn’t something that easily rolls off your tongue.

Who knows, maybe I’m just a supplement flavor purist in the sense that I feel people like to use supplements (such as protein powder) that actually tastes like something you’re not supposed to be consuming such as a dessert. For instance, Ghost has a bunch of killer protein powder flavors like Chips Ahoy and Nutter Butter. I guess putting the shoe on the other foot, you can say the same thing for people who drink alcohol may want something that tastes like a rum and Coke or a margarita, but it still just doesn’t feel right. Like the two shouldn’t be intertwined in the supplement industry.

What do you think? Am I totally nuts? I understand it’s just a “flavor” and not supposed to truly be like the “real thing” but are alcohol flavored supplements something you’d be interested in trying and using or would you prefer more of the traditional stuff like what we see on the market today.

I’m All About New Flavor Systems and Ghost Nailed Them

Time to flip the script. While I don’t agree with the alcohol flavored supplements coming to market here of late, I do need to give props where props are due and that is the fact that Ghost Lifestyle is stepping up to the plate and cracking them out of the park in terms of new and unique flavors. They are collaborating with some great brands and coming to market with some bangers.

Who would have thought 10 years ago that we would be using supplements that taste exactly like Sour Patch Kids, Warheads, Swedish Fish, Sonic Cherry Limeade, Welch’s Grape Juice, Chips Ahoy Cookies, Nutter Butters, or Bubblicious Gum? I tip my hat to them for being so creative and working deals with these brands to collaborate. I can only assume, but those deals had to cost some serious money to get the rights to not only use the name but also work with the brand themselves to flavor the supplement dang near identical to the real product.

I’d love to hear your feedback regarding this topic and if alcohol flavored supplements are here to stay or if the tribe will speak and vote these products off of the island. Let us know down in the comments.