Newer PostWhy Do Supplement Brands Forget About Customers After Age 35?
Older PostCould There Ever Be Another Muscle Beach?
Share on FacebookShare on TwitterShare on LinkedinShare on Pinterest 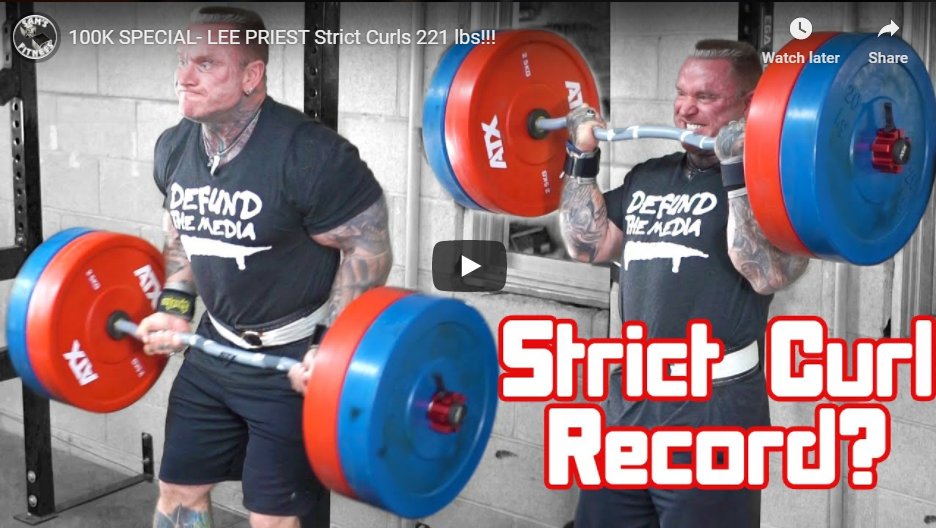 For some odd reason, personalities in the industry are using fake weights. And I’m not here to discriminate, it goes both ways – men and women. What I’m left scratching my head over is what the actual point is of using fake weights? I mean, congrats that you do one lift that looks impressive, but then when you’re training without using fake weights, your strength is diminished. Do they not think other people wouldn’t catch on and even call them out?

So, Let Me Get This Straight…

It intrigues me about the whole process of using fake weights. Let’s look at Brad Castleberry, for instance. I have nothing against Brad, I don’t even know the man. But he’s been at the center of attention for quite some time now.

Brad claims to be mister upbeat and mister positivity, but in the grand scheme of things, using fake weights makes you look… well, weak. Now, I’m not downplaying whether or not Brad is strong, he seems like it when he’s clearly not using fake weights. That said, what’s the benefit? You look cool on Instagram? I’m sorry, but if you need to use fake weights to make yourself look cool on social media, you have some serious mental issues and insecurities that you need to work through.

Who cares how much you lift? In Brad’s case, he has an incredible physique. Does anyone really care how much he lifts? Clearly, he works out hard, and it shows by his size and conditioning. Just be real. There’s no reason for using fake weights to impress people. Heck, don’t even post workout videos if you’re afraid of what people will think. You already look jacked, and everyone would just assume you’re strong. Why take things a step further by needing to toss some fake weights on a bar to pretend like you’re strong? You’re merely opening yourself up to be called out.

But let’s think about the whole process that would need to occur and how hysterical this really is. So, you mean to tell me that you walk into the gym with your own weight plates? Am I the only person who finds this hilarious? What does everyone else think is going on? “Oh, here comes Brad again looking to impress his followers with another fake lift.” Congrats. It’s ridiculous. Then when you’re done, you take your fake weights back out to your car? That’s quite the production.

Using fake weights is similar to the people you see on social media who you know are broke, yet they post pictures of themselves next to Lambos and private jets like they own them. People see right through it. Most people aren’t that stupid.

This industry is made up of plastic surgery, anabolic use, and people with body dysmorphia who look in the mirror and think they look horrible when in reality, they look better than 99% of the people walking the streets. Our industry is not the norm. Bodybuilders are not normal. And I say that in the nicest way possible. Their main objective is to build a freaky physique that turns heads – and most of them accomplish this feat.

FunnyMan Lee Priest Gets in on the Action

Now, for those who know Lee Priest, you know he is a jokester. He likes to make people laugh and is, by nature, a funny guy. I’ve been a fan of his for a very long time. I respect how open and honest he is versus hiding his real feelings. Well, it appears he posted a video where he looked to be strict curling a ton of weight – nearly what the world record is. Anyone who watched the footage surely had to know he was messing around, right? Nope. People took it seriously and were posting all over the internet that he’s going for the world record.

Listen, Lee Priest has multiple injuries. He’s not going for a world record in the strict curl. That’s not to say that back in the day he didn’t curl 300+ pounds once (at least that’s what he says and mentions there’s a video somewhere of him doing it).

But everyone ran with this story, and then the obvious happened… people started calling him out for using fake weights. The truth is, he didn’t use fake weights. They were 100% real, but being bumper plates, they looked huge. The reality is, everyone thought the inside plates were each 25kg (55lbs), but they were really 2.5kg plates. Oops.

In another video, Lee called out the people who said he used fake weights and even explained that he was trolling those who are all of a sudden huge fans of strict curling and wanted to have a little fun. Even at the end of the video, you can see him fake a grimace like the weight was heavy. If you watched the original video, he didn’t struggle at any point, which was a clear indicator that something didn’t seem right – and they’d be correct.

Can We Just Stop Already with the Fake Weights?

First, we had people Photoshopping their images. Then we had apps that would smooth out your skin and even add abs to a photo. Now, we have fake weights. This industry is so deceptive here of late that it’s unbelievable.

One of the reasons people go to the gym is for the support system. What are we promoting if everything done in the industry is fake and deceptive? What kind of message is the industry sending? People are setting unrealistic expectations by doing all of this trickery.

Something needs to give, and change needs to be made. I don’t expect people to stop using anabolics in the industry, it’s ingrained at this point. I only have one voice, but I can’t be the only person who thinks all of this is getting out of control. Let’s get back to the positivity and promoting health and fitness – the reality of needing to put in the work and pushing one another to be the best they can be.

What are your thoughts on all of this? Are you sick of seeing fake weights being thrown around online and on social media, or couldn’t you care less? Let us know down in the comments.