Newer PostEmployee Uproar: Joe Rogan Is Trying to Be Censored by Spotify?
Older PostAmazon Found to Be Selling Illegal Injectables? Denies Wrongdoing
Share on FacebookShare on TwitterShare on LinkedinShare on Pinterest 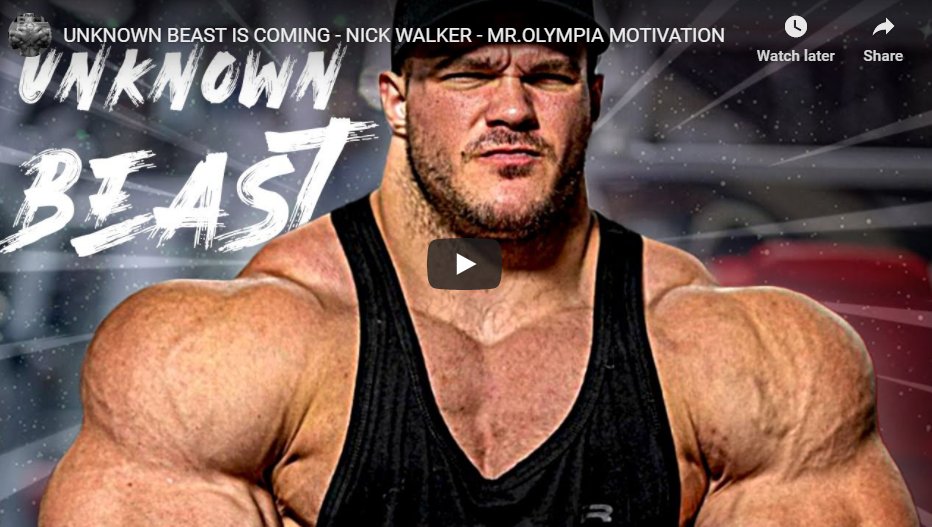 For this article to even have a shred of a chance of happening, a few things needs to take place. For starters, Big Ramy would have to actually compete in Chicago. As it stands, we don’t even know if The Egyptian Phenom has serious plans of doing the 2020 Mr. Olympia. After his impressive first-ever Arnold Classic, taking a strong Top 3 to past champions Dexter “The Blade” Jackson and William “The Conqueror” Bonac, Ramy may very well call it a day on 2020. The Arnold was his first contest with new guru Chad “The Diet Doc” Nichols and it might be wiser to wrap up a chaotic year. That being said, Big Ramy is a competitor who’s finished as high 2nd place at the Olympia (2017) and he’s always been a contender for the Sandow.

Let’s not forget that Ramy was being groomed to beat Phil Heath. I was the only guy (that I’m aware of) predicting Rhoden to be the guy to bring the Heath train to a screeching halt. When things didn’t come together in 2018 and 2019 and was equally confusing, all eyes were set on 2020. I just can’t imagine Ramy won’t make a real attempt to qualify for the O. With both the Tampa Pro and New York Pro coming and going, the number of opportunities to get qualified are becoming less and less.

Many pundits believe Ramy will jump into Chicago. This is a Tim Gardner production, so we know it’ll happen, and we also know that it still provides some much needed time between it and Vegas for some regrouping. With the exception of Akim Williams, who darn near won the 2019 NY Pro, there aren’t any big names signed up. There is the new rookie Nick Walker, who many believe will repeat the good fortune of Hunter Labrada in Tampa, in Chicago. That being said, there’s no way a rookie would upset a guy on Big Ramy’s level, right? I mean, 2017 was 2017, but in what universe does a rookie beat an Olympia runner-up? Well…, if 2020 has been anything, I’d say it’s defintiely been strange. I could see Nick upsetting Ramy and here’s why.

Just for the record, I know I’m in a minority here, but I still wanted to write this article becasue I’m the first one to float the idea and I definitely want to take credit for calling this showdown – IF – it ever happens. I even did a poll on my @StrengthAddicts IG. The voter turnout was insanely high, but it was a 60/40 split with folks betting Ramy, even at 80%, would stop Nick Walker. That’s not a sentiment I think Walker or his coach Matt Jansen, echo. I think they think they could bring a package that not only would be competitive against Ramy at 80-85%, but beat it.

So wait, why would anyone do a contest at anything less than 100%? That’s usually a pretty valid question, but not when you’re dealing with Top 6 Olympians. Up until 2020, Ramy had never done the Arnold. Up until 2018, this wasn’t a guy who had to worry about qualifying. Any show he wanted to enter – he’d win. At the O, he became accustomed to automatically qualifying. Fast forward to 2020, he goes to the Arnold for the first time, looking mighty impressive but comes up short. In the old days, Top 3 got you qualified, but today, you either win a show or you go 100% blue collar and compete until you get enough points to qualify.

Can Big Ramy do what Maxx Charles has been doing? Hell no!! Could he do it one day? Sure, if he had that kind of discipline, but when you’re on top, as long as Ramy was, it’s very hard to all of a sudden become a fighter. I think guys at the top get spoiled, and once that happens, it’s hard to change. Also, Ramy is no spring chicken. If he does the O, he’ll have to peak twice at the highest levels of competitiveness in one year. He’s certainly not going to peak in Chicago or the Spain show. He’ll bring just enough to win – and – win against what he hopes will be a weak lineup. I’m sure he has Akim on his radar – as he’s most definitely a threat – but beyond that, the guy might think no one else is a threat.

If Ramy comes in at 80-85% it opens a window for Walker. Side by side, one guy on and firing on all cylinders against a guy who maybe isn’t shredded, maybe is holding some water, and/or who maybe isn’t conditioned perfectly and the tide can turn. Also, you can’t overlook mindset. On the one hand, you have a guy who desperately wants to qualify but who has to keep some gas in the tank for Vegas. Next to him, you have a guy who just dominated the NPC North American Championships (without looking his absolute best), with a physique that’s ready for the pro stage, and riding a huge wave of momentum.

There’s an undeniable psychological angle to this potential showdown. Ramy won’t, he can’t bring his best to Chicago because that will mean he’ll have to do it again in Vegas. He also can’t bring his best because what if he does bring 100%, but he gets beat by Akim Williams? Does Ramy then try to peak again for the Spain show? This is a really bad place for a former Top 6 Olympian to be in. If he truly wants to do the Olympia, his back is literally against the wall. There is simply no way Ramy isn’t including Walker, along with Williams, in his decisionmaking process relative to doing Chicago.

The fans will be livid at any suggestion The Egyptian Phenom could lose even a single pose to a rookie, but that’s simply not objective. What, if any, bodyparts does Ramy have that make him a champion? He’s got great bodyparts, but there isn’t a single muscle group or single pose that he nails so perfectly, that it automatically sets him apart from the pack. What he’s got is size. Size, size, and more size!! Guess what, Nick Walker has size too! If Walker comes in shredded and Ramy brings a lackluster 80%, Nick Walker wins.

So what say you? Is the Ole Iron Duque nuts? Or would this be an epic showdown for the record books? Could you imagine a Top 3 posedown that included Walker, Williams, and Ramy? That’d be like a Mass Monsters Conference. Slabs upon slabs of dense muscle, giants battling giants, in The Windy City. Who’d win? What say you?