Newer PostShould the Arnold Classic Columbus Move to A Different State?
Older PostCoronavirus Scare: How to Prepare Your Family and Stay Healthy
Share on FacebookShare on TwitterShare on LinkedinShare on Pinterest 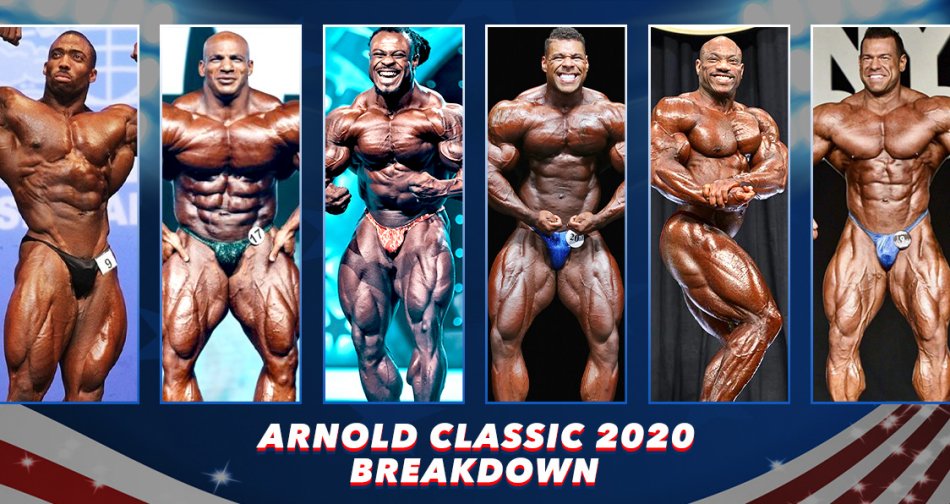 If you clicked on this article to read about how we can all be grateful for everyone being safe and sound at the 2020 Arnold Classic through all the precautions and that the Coronavirus has stayed away – this isn’t that article. In fact, I’m over the whole Coronavirus “scare” which, in my opinion, has been blown out of proportion.

The 2020 Arnold Classic was rocked by the bad news surrounding the expo being canceled and then most events being held without spectators. But for me, I saw several absolutely amazing things from the 2020 Arnold Classic that I think we all need to pay close attention to because it’s what makes the sport of bodybuilding so special.

All Forms of Athletics Travel Through Bodybuilding

The Lifetime Achievement Award at the 2020 Arnold Classic was given to Paul Michael Levesque, aka Triple H, (the WWE Vice President, actor, and Hall of Fame wrestler). During his speech, he spoke about how it was bodybuilding and guys like Arnold and many other bodybuilders who inspired him to transform his physique.

He mentioned that if it wasn’t for bodybuilding, he’d never have been as successful at wrestling and achieving what he did for his own sport. This really made me sit back and think about things. A couple of months ago, John Meadows posted a YouTube video where he and Philadelphia Eagles player, Lane Johnson, hit up IronSport Gym in Glenolden, PA to train. Lane mentioned he needed to put on size (muscle) to help him perform better against his opponents. What type of program did they use to accomplish this? A bodybuilding program to promote hypertrophy.

You can also look at a sport where not many people are given credit for their hard work in the gym – basketball. Look at the NBA. Lebron James came into the league a stick-figure. Young, undersized, yet extremely talented. Over the years he’s put in the work in the weight room, put on a considerable amount of size, and now drives down the lane getting hit from all angles yet still makes it to the hoop to score.

Bodybuilding is the foundation for a lot of athletes whether they realize it or not. While bodybuilders may never be great athletes, all athletes have to walk in the shoes of a bodybuilder from time to time to be the best at their sport. In most sports, size and strength matter. Bodybuilding can ultimately help with both.

The Love of the Sport Runs Deeper Than the Financial Gain

Think about other professional sports. There are athletes out there making a million-plus dollars every time they step on the field or court. That’s absolutely insane. Then you have bodybuilders who can step on stage after training for an entire year just to step on stage to show off their physique for one night not even walking away with a penny. Even if a bodybuilder competes all year long, they’re going to be hard-pressed to ever see a million dollars a year from competing.

The love of bodybuilding is unlike any other sport out there. Bodybuilders love what they do. They have the passion to walk into the gym every day to train. They put their bodies through hell and back just to be able to walk on stage in their trunks and show off their hard work. Go ask Lebron to go out on the court and play in a pair of briefs and see what he says – it isn’t going to happen.

The money in bodybuilding is nothing close to what other athletes are getting to play other sports. So, it’s clear the money isn’t the driving force for IFBB pros. It’s a true love and passion for what they’re doing. People love to eat, but bodybuilders are constantly eating. To the point where they don’t want to look at another meal and the thought of food is enough to make them feel sick. They essentially force-feed themselves to help put on lean mass.

Bodybuilders are willing to put their bodies through the wringer in order to achieve the level of success they do on a pro stage. They get the crowd hyped and pumped up. A bodybuilder’s passion is almost as much for the fans as it is for themselves.

Look at the 2020 Arnold Classic. Do you really think the bikini competitors who place in the top five do it for the money? Heck no. Top placings only get a few thousand dollars. How about Dexter Jackson? Do you think he’s been in the game as long as he has because of the money? Do you think he NEEDED a paycheck from the 2020 Arnold Classic? No. The man simply LOVES the sport of bodybuilding.

When you think about bodybuilding, it’s impossible to not see it as a true brotherhood. It’s brothers in iron. Look around you at the gym. People you never knew before becoming your friends. You work out next to them and push each other. You show up each day because someone else is holding you accountable. It’s as if you were a family.

I feel like Big Ramy nailed it on the head when he gave his speech after being awarded the “Most Muscular” award at the 2020 Arnold Classic. He mentioned that last year was extremely difficult for him because he wasn’t out on the stage. He not only missed competing and the stage, but more so he missed his friends (the other competitors). Ramy talked about everyone he stands next to on the line are his friends and he missed that feeling of being there shoulder to shoulder with them. It truly showed bodybuilding on a deeper level and what the sport means to so many people.

You can do battle with the person standing on either side of you at a bodybuilding show, but at the end of the day, they all respect one another. While they may have wished they had placed better, at the end of the show it’s nothing but love. You can see that especially with guys like Cedric who hasn’t exactly been placing where he wishes he would but is always the first to shake someone’s hand, give them a fist bump, provide a celebratory hug, or grab someone and whisper in their ear some words of wisdom and encouragement.

Heck, I think if more people acted as the bodybuilders did at the 2020 Arnold Classic, the world would be a much better place.