Newer PostDid We See the LAST Arnold Classic in Columbus, OH?
Older PostDo’s And Don’ts To Getting Sponsored
Share on FacebookShare on TwitterShare on LinkedinShare on Pinterest 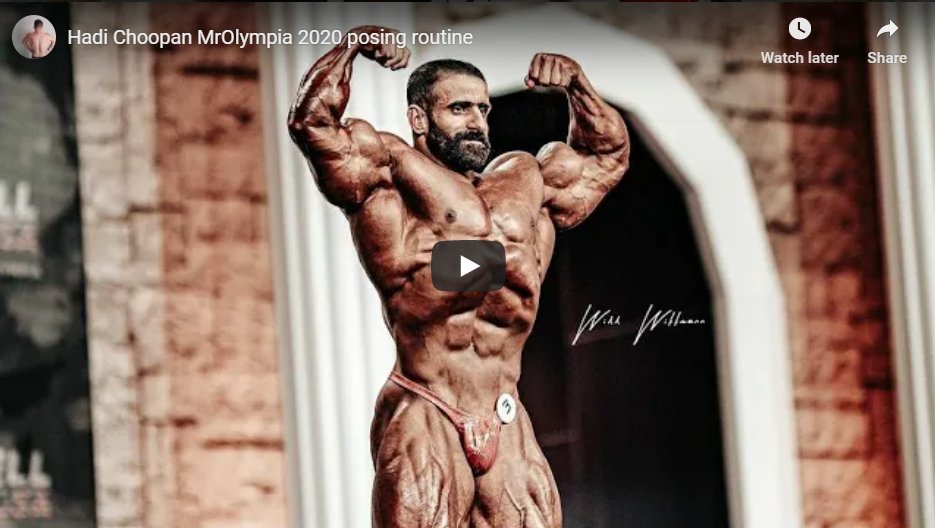 For starters, I’m not a big fan of the term being “robbed,” simply because bodybuilding is a subjective sport and whatever the judges are looking for, is correct. Unlike objective sports (e.g. basketball, baseball, football), when it comes to physique based sports, those who score the various rounds, are looking for criteria that corresponds with what they believe will collectively decide the winner. This is why different judging panels in different regions of a country could award placings significantly differently than others. This is part of the reason why I have always contended that bodybuilding is one of the toughest sports on the planet.

Many outsiders think it’s just lifting weights and drying out for 48 hours. That’s not even one-tenth of what’s entailed in a local contest, let alone battling to be one of the best in the world. With that being said, there is consistency in judging and by the time you reach “the super bowl of bodybuilding,” you’re dealing with very keen, seasoned eyes. The judges at this level can make tough calls with split-second timing. They have the ability to put competitors through a series of comparisons, switch them around, and see them in various different lights. Maybe a competitor looks sharper at stage-right than stage-left. As opposed to smaller contests where expeditors might be trying to meet a certain schedule, judges at the Olympia level can put the competitors through however many comparisons as needed. This is especially true when determining the winner.

We saw the Top 4 at the 2020 Mr. Olympia reviewed and scrutinized ad nauseum. No one can say the judges didn’t take their work seriously. The four top guys: Brandon Curry, Big Ramy, Phil Heath and Hadi Choopan were studied carefully, from the prejudging, mandatory poses, transitions and individual routines. I’d say judges were probably still scoring by the time of the posedown. It was that close of a contest, at least as far as I was concerned. The major question, however, was whether The Persian Wolf, Hadi Choopan, received a placing comparable to the quality of his physique, the effort he put forth on stage, and his look compared to those who placed higher than him.

Hadi is always a bit of a wildcard. For starters, he hails from Iran, which has incredibly tense relations with the United States. The lack of strong diplomatic ties, makes travel very difficult, for whatever purpose. Although Choopan took 3rd place at the 2019 Mr. Olympia and won the People’s Champion award, when two countries are on the verge of nuclear war, neither is going to care much about a person trying to get to a bodybuilding contest. The hardships of Covid 19 created even more obstacles. With big names like Roelly Winklaar (at the eleventh hour) testing positive for the virus, this added another level of complexity for Hadi to make it to America. When news broke that Winklaar was sidelined as a result of the virus, it was still uncertain whether or not The Persian Wolf would in fact make it to Orlando. Could you imagine a competitor, at this level, with a prep as challenging as this year’s must have been, uncertain as to whether or not they’d make it in time to hit the stage?

Choopan’s cortisol levels must have been soaring – or – maybe he had ironclad faith. I don’t know, but I can tell you that most people would be on edge. Further to that, it’s widely known that flight causes people to hold water and being jetlagged also presents issues. The reality is, Hadi wasn’t coming on a two or three hour flight; he was flying halfway across the world. Nonetheless, he made it in time and he looked pretty jacked. He’s probably become well acquainted with bumps in the road and probably instinctually overcomes adversity.

Once the athletes hit the stage, there Hadi stood out. It was as clear as day he belonged in the first callout and what he lost in size to guys like Ramy, Curry, and Heath, he easily made up for it with dense muscle, deep cuts, and spectacular vascularity. It almost defied logic. How did this guy who look so rested, so put together, and so ready? He must have been running on pure passion and adrenaline because from the moment of the first callout to throughout the meticulous comparisons, Choopan never skipped a beat. Perhaps the most eye-opening, jaw dropping moment was when Hadi stood side by side with The Egyptian Phenom, Big Ramy. The size differential was so apparent that as a spectator it was hard not to fixate on; however, once you removed size from the equation and compared body parts, compared freakiness, and assessed the overall flow of Ramy and Hadi, then the decision of who was better took a different turn. Hadi held his own against The Egyptian Phenom and both pushed the envelope in their own way. Interestingly, both guys also got harder the more they posed. For a lot of guys, it’s the very opposite, but there was something very special about the Olympia in Orlando. You had what looked like not one, but two upsets!!

With that being said, Brandon totally reinvented himself, taking his physique up several notches. In my book, Brandon won the contest the second he took to the stage, but of course, I totally see the case for Ramy and/or Hadi as well. I think any of those three guys could have won the Olympia and there wouldn’t have been public uproar over it. With that being said, I don’t believe Hadi got a placing commensurate with his look. Do I think he got robbed? No, I don’t think I’d go quite that far and not because I’m chicken, but because it wasn’t a robbery. I would dissent with the judges though. After all, my gripe would be over one placing, if anything, and one placing – especially in the Top 6 is hardly grounds to cry a river. Whether Hadi was 4th or 3rd, he’s still automatically qualified for the 2021 Olympia, he still made good money, and he still got a ton of accolades. Still, if we’re speaking on principle, he should have been placed higher and the vast majority of fans would agree with me. So why didn’t he?

The fact is we can’t say Phil placed higher because he’s a previous Mr. O. Dexter Jackson retired at the 2020 Olympia and he barely made Top 10. Before the O, would anyone in their right mind had said that? I’ve made some longshot predictions in my day but one’s thing to make a longshot prediction and it’s quite another to be crazy. Saying Dexter wouldn’t make the Top 10 would have fallen into the batshit crazy category. Nonetheless, that’s exactly what happened. Seeing Dexter in a callout with Hunter Labrada – no disrespect to Hunter, was crazy. Jackson was marketed as a guy who could win the title. Granted, that’s the disconnect between marketing and reality. Anyways, if Dexter could be relegated to 9th and he was a major draw, then there’s no reason Phil couldn’t have taken a similar tough placing. So we can totally dismiss any argument based on politics right now. If politics were at play, then Curry, Heath, and Jackson would all have found places in the Top 6.

For as critical as I am of Phil, he did look good, just not Top 3 good. Top 6 good? Sure. I have always had Phil in my Top 6, even if at the tail end. The fact is, Hadi was better. He was sharper, more dialed in, and most importantly of all, he improved from last year. Heath critics might say that Hadi is a 212 guy, that he lacked height, but this is bodybuilding – not basketball. Who cares about height. What difference does it make? If anything height is more often a detriment than a benefit. Was Hadi better than Brandon? I’d say no, but he was definitely better than Phil, and had he gotten 3rd, who knows, maybe he would have been in better comparisons.

Personally, I think a Ramy, Curry, Choopan, Top 3 would have been electric. I also think Bonac was far superior to Heath and as a result of Phil’s high placing, The Conqueror went from 2nd in 2019 to 5th in 2020. That’s a huge drop, even though he looked better this year than last. How ironic is that? You look better at a contest but do worse? Did Phil get a gift? Maybe so. Jay certainly got one in 2013 when he landed in 6th and Big Ramy had to settle for 7th. Who knows, maybe if Dexter wasn’t Mr. O and wasn’t retiring after being the winningest pro, maybe he might have been 10th, maybe 11th. I haven’t heard too many people unhappy Dexter took 9th. He had an amazing run and is definitely a GOAT, but he couldn’t have retired at a better time.

So here’s the question. Was Hadi robbed? Yes or no.