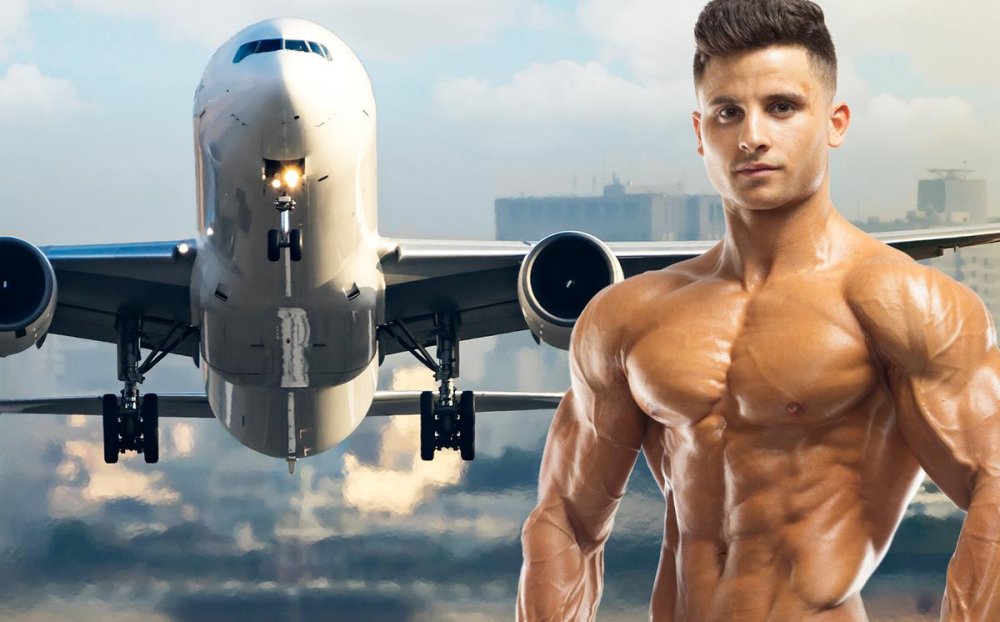 Travel is a huge concern for competitors – both at the amateur and pro levels – because of many factors which include scheduling concerns, cost, and convenience. Fans never think about how their favorite competitors make it to all the stages around the world they see them at. Competitors today can really add up the frequent flyer miles. Even athletes who never leave the country, can fly many more times than they can even count on two hands. If we lived in a country the size of Belgium, then competing nationally would just mean a few long car drives – if even that. If you live in the United States, you live in the fourth largest country in the world. The U.S. is pretty much like fifty countries, from small to huge.

Take states like California or Texas, where there’s shows all throughout, within their boundaries. Travel by car isn’t exactly feasible but while flights offer far greater convenience, this method of travel isn’t always going to be affordable

Getting there is just one part of a competitor’s budget, you can’t forget lodging. Now more than ever, promoters really prefer competitors staying at the host hotel of their contests. Promoters get special block rates for a number of rooms/floors depending on the size of the event. While the rates are usually much better than if you walked in off the street, they’re very much a business for the promoter as well, but we’ll get into all that.

Oh yeah, and you can’t forget food, right? In this article I’m going to discuss some aspects of competing that you may be totally oblivious about. My goal is that you’ll have a greater appreciation for everything competitors go through. I also hope that if you’re an aspiring competitor, perhaps oblivious to the need to have a budget, that this article will get you thinking more about the amount of money you’ll need to be an active competitor in 2020 and beyond.

Travel will more than likely be the single most expensive item in your budget. If you’re a competitor and you have the ability to compete locally, then your travel costs might be pretty minimal. For example, if you lived in Louisville, KY, where I live, you could compete in Louisville, Lexington, across the river in southern Indiana or northern Kentucky / southern Ohio. That’s actually a pretty good amount of ground to cover, which can be accomplished with a full tank of gas. That’s not bad at all; however, at some point, you, as a competitor, will want to compete with different people and in front of different judging panels. You will want to know what you’re made of and you simply can’t do that by staying sheltered in one geographic zone. Regional and national flights to major cities can be cost-effective, provided you book with enough time in advance.

No matter what you have may have heard, the airline industry is pretty much unregulated when it comes to how badly they can gauge you. The less time you have to book an airline ticket, the more money you’ll get hit up for. If you don’t mind traveling on budget airlines like Allegiant, Spirit, or Frontier, you might be in good shape, but you’ll be charged extra for absolutely everything. Most competitors don’t travel with just a book bag so whatever you save on the cost of the flight, you’ll pay for in baggage. Not only that, but most discount airlines have smaller seats. If you’re a Class A Bikini competitor, you might be ok, but I wouldn’t want to see how a 225lb bodybuilder would do in a smaller seat, with less leg room, and unable to recline their seat.

Cheaper flights definitely come with a price. If you travel on major airlines, there’s setbacks there too. The price will be higher, you may still get hit with baggage fees, and you’ll still have to pay extra if you want an aisle seat or window seat. No one – especialliy a competitor on prep – wants the middle seat. There needs to be at least a basic level of comfort in travel. Between the caloric manipulation, jetlag, and exhaustion, physique-based athletes don’t want the added stress that comes with cutting a few corners in travel. It’s simply not worth it. After all, the goal is to do your best on stage.

Hotels are another big ticket item in your budget. Promoters would prefer if you stay at the host hotel or the overflow hotels, but your wallet might say otherwise. Staying at the host hotel is all about convenience. Sometimes, you can leave your room, walk down the hall, into an elevator and you’re there! No commuting, no parking your car, no speed walking to hair and make-up appointments, tanning, or meeting with your coach. That being said, if you’re on a tight budget, your money can only stretch so far, before you’re spending outside of your means. In the end, a bed is a bed, a shower is a shower, and that’s about it. A little sleep and getting ready can be done just as easily at a Microtel as it can be at a room at the Westin. You’re not going to be in your room for long anyways so where you lay your head may get a second thought. If you stay for less, you might be able to upgrade your coach airline ticket to business class, or even first class. Decisions, decisions!!

Food is another item in your budget that could be quite expensive. A lot of competitors never leave the host hotel. All their meals are purchased there, too. Eating hotel food costs a ton of money and portions aren’t always as generous as you’d like. Not only that, but the hotels that do offer a bodybuilder-friendly menu also tend to charge for that convenience. Many host hotel rooms also don’t have microwaves and/or refrigerators. Instead of paying $200 for a room without a microwave or fridge, you could stay a little farther away, get a suite with a full kitchen, and actually stay in quarters that feel a lot more like home than a busy hotel with fewer amenities.

Again, travel, lodging, and meals are key. If you decide on a suite with a full kitchen, you can make one trip to the supermarket and buy all the food you’ll need, cook it to your liking, and eat on a dining room table, with real silverware, go chill on a real couch and watch tv, then go to bed. Imagine being able to do all that for half what you’d spend at the host hotel. In fact, if you were able to save and get better amenities, you could also go for more days. Some competitors would love to be able to get to the contest a week out to really acclimate and coast into the show. If your budget allows for it, why not splurge and travel the way you want to.

Contrary to what some of you may think, promoters don’t cover costs. At the Arnold, the Top 10 of each division get reimbursed for their travel, hotel, and get a per diem. Maybe there’s a similar approach at the Olympia. With those two mega contests aside, I can almost guarantee you that competitors competing at most every other pro contest, are all on their own. If you’re competing at the amateur level, then you’re most definitely on your own when it comes to getting to contests, lodging, and meals. Bodybuilding is a very expensive sport, where few make money, and even fewer can make a living solely from contest earnings and sponsorships. Most competitors compete because they love it and that’s great, but doing so under a budget is key.

What’s your take with regards to budgets and competing?