Newer PostIs Online Grocery Shopping Going to Be Our Preferred New Normal?
Older PostYouTube Celebs, Nick Strength And Power vs Luimarco
Share on FacebookShare on TwitterShare on LinkedinShare on Pinterest 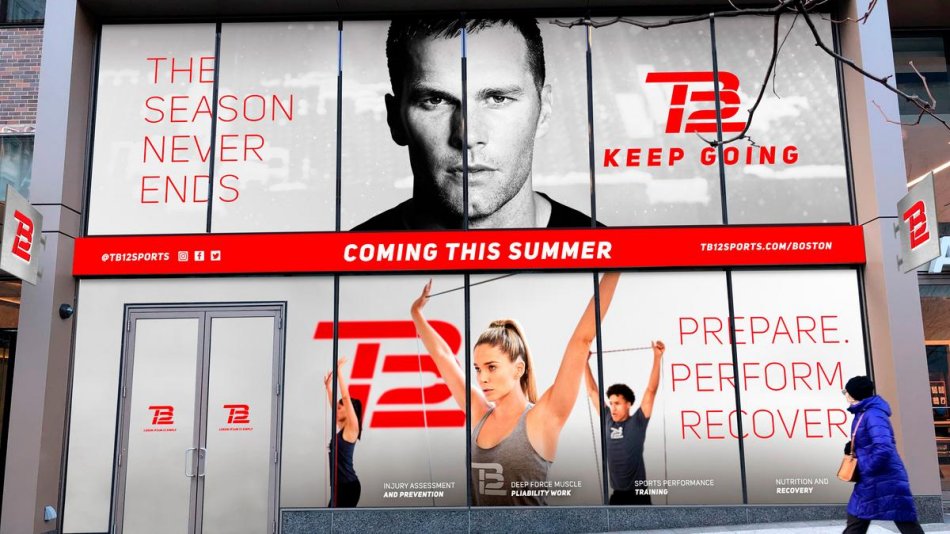 Normally I would tell athletes to stay in their lane, but Tom Brady is a different animal. If you’ve followed Tom’s career, you know he follows a very strict fitness and nutritional regimen and is always looking to take things to the next level to provide him with any bit of edge over his competition. And let’s face it, Tom Brady isn’t getting any younger. But for those who don’t know, Tom Brady also has his own line of supplements and a supplement company called TB12.

Tom Brady under his TB12 supplement brand has products like tart cherry, a multivitamin, vitamin D, omegas, probiotics, nootropics, electrolytes, recovery products, as well as both whey protein isolate and plant-based proteins available. Overall, he has a pretty complete line. However, unless you’re paying close attention to Tom Brady, I’m not sure how anyone would know TB12 even exists. Being in the industry and speaking with those involved, many had no clue what TB12 was or even the fact that Tom Brady has a supplement line (but they weren’t surprised when I told them he did).

On May 18, 2020, when everyone is in the middle of a pandemic, Tom Brady under his TB12 brand, launched a product called TB12 PROTECT. As you can imagine (the title of this article is a spoiler alert), it’s an immunity-boosting supplement that he says via his Twitter account is “to support a healthy immune system to help you stay strong.” Well, his posts caught the attention of many, and the response was probably not what he had imagined.

What Is TB12 PROTECT?

TB12 PROTECT is made up of five main ingredients that they are calling out – elderberry, active zinc, patented Wellmune® yeast beta glucan, patented ResistAid® larch tree extract, and vitamin C. You are directed to take two tablets daily with a meal such as breakfast. Each bottle will last you 30 days and will cost you $45 per bottle or $40.50 if you sign up for the subscribe and save program which provides you with a 10% discount.

According to their website, TB12 PROTECT is supposed to help boost your immune system, supports natural killer cells, replenishes antibodies, and combat the negative effects of stress on the body. Overall, I don’t see it being much different from many of the similar products already out on the market with its claims and profile but that’s not what the media thinks.

While many subscribe to Sports Illustrated and deem it a valuable publication, they have definitely not held back when taking shots at some of the greatest athletes to ever play their respective sports. In 1994, Michael Jordan had some shots fired at him by Steve Wulf, a writer for Sports Illustrated, who had some not so kind words to say about Jordan during his short time playing baseball and wrote his story with the title, “Bag it, Michael.” Jordan took offense to the piece and from that point forward boycotted the publication.

Now, Sports Illustrated writer, Jimmy Traina, is taking shots at Tom Brady for his TB12 PROTECT immunity-boosting supplement. His headline reads, “Tom Brady Pitching New ‘Immunity’ Supplements During Pandemic Is So Gross.” This actually has me laughing coming from someone who looks like they could use some of Tom’s products. But hey, not everyone has the desire to get in shape and live a healthy lifestyle, they’d rather just write about those who do and act like they know something about supplements.

Here’s the thing. Is Tom Brady wrong for capitalizing on the situation? No, that’s capitalism. Is there a moral issue there? Some may say so. But when you look at the supplement industry as a whole, I’ve seen more than a dozen supplement companies launch immunity products during the pandemic and no one has been overly disgusted to the point the media is coming after them. I think more people should be using them as they do have merit.

When it comes to the situation at hand, people are looking for these types of products. More than likely, they haven’t been focusing on their fitness, haven’t had a well-balanced diet, and chose to live a poor and sedentary lifestyle. I’m not judging them, but when it comes down to it, these are the individuals who are more at risk. Yet, through supplements, people were looking for a “quick fix” to help give them a fighting chance at beating whatever cooties come their way.

I can’t fault Tom Brady for launching TB12 PROTECT. Other than Sports Illustrated, other media sources like Yahoo! Sports and Boston.com even chimed in throwing some shade at Tom. Are they simply looking for “the next big story” since no sports are being played and they are starving for a story or do they maybe have something against Tom? Who knows? But Tom Brady is being singled out when many others have taken advantage of this situation we have been faced with and profited from it.

Will the Name “Brady” Show Up on the Desk of the FTC?

For those who aren’t following the supplement industry that closely, the FTC is really cracking down on supplement companies who are mentioning anything that has to do with the coronavirus or making any sort of immunity claims. Clearly, the FTC is looking out for the consumers who might be somewhat “scammed” by thinking using certain immunity-boosting supplements will prevent them from catching the virus – which such claims should never be made and brands should know better (do they not run things through their legal team and compliance first?).

I can see the concern by the FTC in protecting the public and can appreciate what they are doing. A lot of the brands that I’ve seen get warning letters are repeat offenders when it comes to legal issues and not exactly being truthful to consumers. But overall, I can’t knock Tom Brady or his TB12 PROTECT product. Does he need the money? No. But he runs a business and saw an opportunity and jumped on it. Do I think the product will do well? No, not really. In fact, I think Tom threw up a hail Mary when starting his supplement business and hoped someone would come down with the ball in the endzone. But, he’s been known to prove people wrong in the past.