Theresa Ivancik Is Ready for a Big 2020!

by Christian Duque IFBB Pro Theresa Ivancik continues to reach for the stars, as the Women’s Bodybuilding Pro, signs for another year as an Off 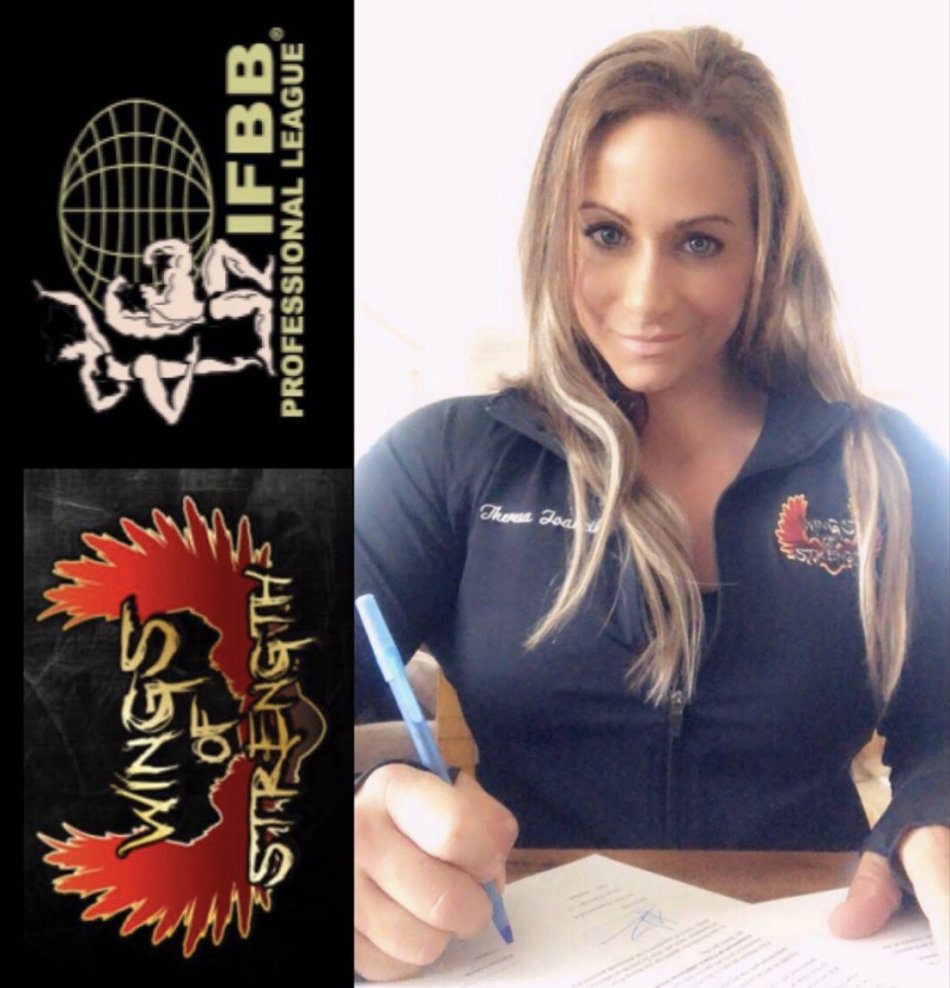 IFBB Pro Theresa Ivancik continues to reach for the stars, as the Women’s Bodybuilding Pro, signs for another year as an Official Wings of Strength Brand Ambassador. WOS, owned by industry icon Jake Wood, has been responsible for the renaissance of women’s bodybuilding. As many thought the Division’s days were all but numbered just six or seven years ago, today, it’s stronger than ever.

In 2019, it was announced that the Ms. Olympia would return and in 2020, Wood purchased both the Mr. Olympia and Weider publications, in an acquisition that will shape the way the crown jewel of competitive physique-based sports will be run. Theresa’s work with WOS, as well as her choice to work with TC Muscle’s Brian Hoydic, says it all.

This is an athlete who has set some very real goals and knows exactly what’s required to make them a reality. I’ve known Theresa for quite a few years and I’ve seen what she’s done as an athlete, as a coach, and as a business owner with her gym, Harlan Fitness. I’ve seen her put the hours in while working with Olympia Tan, I’ve seen how much time and consideration she gives her fans, and I’ve talked to her enough to to know, what more she’d like to accomplish by inspiring others, not just women, but everyone, to take charge of their eating, training, and lives in general. There’s so much more to a great champion than the titles and accolades. It’s always been tough to get noticed in this industry; it’s always been tough to really make it, but the right people always do. Work ethic is key, as is surrounding yourself with the right people, and keeping true to your goals.

Theresa has always been a hard worker. Back in 2017/18 when I was running the social media for IronMag Labs, we had a series of great, all original programs. We had some pretty good ones and I thought, who better to represent muscular and competitive women, than Theresa? Her show, Whatever It Takes, was a cut above, delivering from-the-heart content that translated to awesome hits, fantastic feedback, and a growing audience. As with everything she does, Theresa always submitted fantastic content. That’s key for a pro athlete. Just like she’d never show up to a contest out of shape, she’d never let anyone take the stage with a bad tan, and she’d never put out a video with her name on it, unless it was done really, really well. There’s a very commendable and old school distinction in folks who take pride in their work. These are the type of people you always want on your team. Take her work with WOS. It’s one thing to get an opportunity once, but only those who work hard, get asked to continue on.

A lot of athletes, today, just don’t want to walk the walk. Theresa has worked backstage, from home, at her gym and even at expos. If you really want to test someone’s work ethic, see if they can work a booth at the Arnold Classic. There’s a nonstop rush of fans and fans can really test your patience. Some want autographs, some want photos, others will ask you the same questions, over and over and over again, some in perfect English, others in broken English, and many in languages totally foreign to fitness stars. Some icons will try to figure out what their fans are saying, whether through gestures or body language – hell, some might ask them to draw a picture. When you have an elite athlete who truly cares, customer service becomes the name of the game, and Theresa is just that type of person. Others simply just can’t wait till it’s time to go, just so they can bolt out the door, but that’s because it’s just a job to them.

Theresa loves bodybuilding. She works hard and it is work, in the sense she takes it very seriously, but it’s not work in the sense she has to get through it. I truly believe bodybuilding to her, is akin to TGIF to the 9 to 5 crowd. When you love what you do, then it’s not work, it’s living. Bodybuilding is fun – people who love it, never want the show to stop. It can be expos, seminars, workouts or in-stores; it’s glamorous, it’s hardcore, it’s inspiring too!!

Surrounding yourself with like-minded people is also key. Everyone at Wings of Strength shares common values like the ones I’ve outlined above. They want to help each other, they want to grow the sport, and they want to tear down silly misconceptions. Muscle has no gender. Lifting weights and eating clean is great for all and there’s a division out there for everyone. WOS doesn’t grow WBB by throwing shade at Women’s Physique, Figure, or Bikini. That’s not how you grow anything. Growth is about evolving, about bettering yourself, and if they can help others in the process, then why not?

Years ago, some female competitors maybe from other womens’ divisions, joined in with sexist men, to ridicule more muscular women. Who knows why they fell into this negative, nasty mindset, but they did. Today, as WBB is experiencing a renaissance and growing like wildfire, some of its stars could maybe want to serve up a little payback, but we haven’t seen any of it. Great champions, like Theresa, exemplify the very forward-thinking and positive mindset of great champions like Lenda Murray and WOS visionary, Jake Wood. If people were negative in the past, they have the present and the future, to reevaluate and, hopefully, turn over a new leaf.

Theresa knows what she’d like to accomplish and she’s well on her way. I, for one, would like to see her qualify for the 2020 Ms. Olympia, preferably with a solid pro win, and have a year full of guest posing and in-store appearances, as well as seminars. I’d like to see more of her clients go pro, more people hit her up for coaching, and see her inspire many more women to compete in Women’s Bodybuilding at the NPC and IFBB Pro League levels. Many of my hopes will come true, many already have.

Be sure to keep your eyes on Theresa Ivancik in 2020 and beyond!! Join the existing 162,000 awesome folks already following her on Instagram at @tivancik_ifbbpro and follow her too!! As with everything that she’s involved with, expect nothing but the best!! I think the absolute world of Theresa, her fiancé Jeff, her coach Brian and of course the Wings of Strength Family!