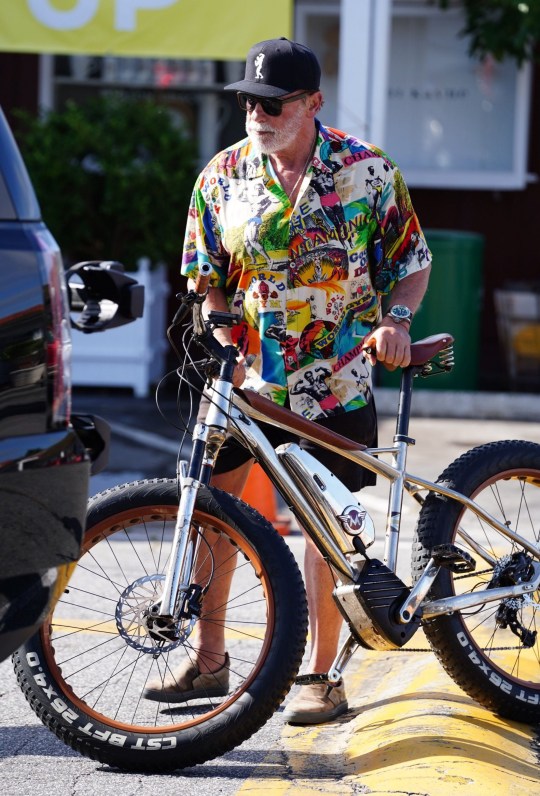 So, wait a minute? Is this article all about a bike ride? That musta been some bike, some trip, right? Well, here’s the deal. When former CA governor, Mr. Olympia, and namesake of the second biggest physique-based contest in the world goes for a bike ride, wearing a loud shirt promoting the World Gym logo, and rides along the same streets that he called home some 40-50 years ago, then that is very noteworthy.

The local media picked up the story and the [international] mainstream media was buzzing as a result. Even though people are less starstruck in California, this appearance was totally out of the ordinary. If you’ve ever been to The Arnold Classic, you know that The Oak travels within several layers of security, with PR people, assistants – it’s really something to take in.

If you’re ever in the thick of that expo crowd, you know Arnold is coming through, because everything changes. People literally lose their minds, they want to just get a glimpse of him, and his massive entourage moves through tens of thousands with great ease.

Arnold’s the kind of guy who could call anyone, from Oprah to President Trump, he can meet with foreign dignitaries, Hollywood execs, and have a full blown press conference in the middle of any street of his choosing. Many folks, myself included, are of the opinion that if Arnold had been born in the United States, that he could have been elected president. Either major party would have jumped at the opportunity – and that’s also why I believe his son Joseph Baena (who’s the spitting image of his dad), has a very good chance of doing just that, one day. With that being said, there’s more to this story than what the mainstream media wrote. Arnold is 100% bodybuilding, his presence plays a key role for the sport in the post-Joe Weider era, and he will continue to help bodybuilders reach higher milestones in their careers.

Just today I saw a great photo posted by Chief Olympia Officer Dan Solomon on Facebook that speaks to my point. In the shot, he’s joined by Olympia emcee Bob Cicherillo, Arnold, and Olympia Head Judge Steve Weinberger. That photo paints a very good picture for the sport. When Arnold was governor, his interaction(s) with the sport was limited, but once having completed his terms, he returned to the sport that made everything possible. When you stop to think about how instrumental bodybuilding was for Arnold, it really makes you pause, and reflect. If Joe Weider hadn’t brought Arnold and Franco to America, had he not given them the years of fatherly wisdom and backed them financially, they wouldn’t have been able to realize what they did. What those guys were about in the 70’s was real, it was very special. Imagine what the film Pumping Iron would have been without Arnold or without Franco? It wouldn’t have been what it was. 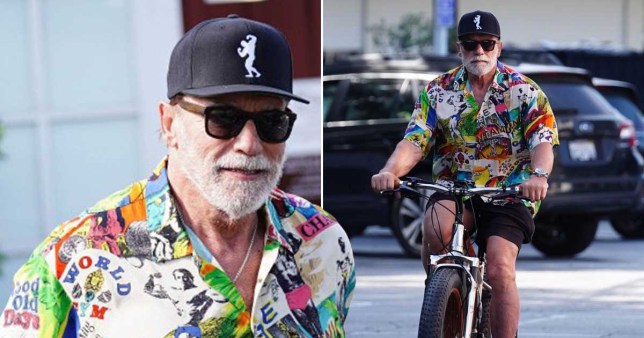 There were plenty of muscular guys on Venice Beach, during Arnold’s heyday, and before it. Dave Draper was a prime example. He was good looking, young, winning big titles and landing movie roles. Did Dave ever become Hollywood royalty? Did he ever make it in public office? I mean he was a great athlete, actor, and writer, but when you look at Arnold’s journey, it’s one of a kind. No one could have done what Arnold did, but Arnold. Forty years later, there’s still no one in the sport who can hold a candle to his many achievements. The good thing, however, is that here’s with us, actively promoting the sport and its values, and he’s living proof that if you want something bad enough and you work hard enough for it, you can get it. That kind of motivation is very important, especially in an industry as competitive and complex as the fitness industry.

Arnold is so popular, that he’s known simply by his first name. You can walk up to anyone in America – young or old, native or emigre, rich or poor, religious or not, it doesn’t matter and by simply saying his name, people know exactly who you’re talking about, they’ll talk about his many achievements, and the vast majority will have something positive to say. That last part is very key as well because most celebrities actually evoke negativity from people; Arnold does not.

A big obstacle to growing bodybuilding is tearing down preconceived notions that the public has for physique-based sports. Even beyond the general public, I would say another hurdle are elected officials. Many people in government have unfounded beliefs about the muscle game, since they don’t know anyone in their immediate circles who compete. They’re likely to fall prey to fake news, hyperbole, and/or draw premature conclusions.

A great many elected officials haven’t the faintest idea about how far humans can go naturally in terms of gaining and maintaining lean muscle, burning fat, and/or living longer lives through exercise. They base all their decisions on the opinions of whoever stands before them. Usually, the “experts” they interact with, have their own agendas, and it’s not growing bodybuilding. If an elected official knows only one person who they hold in high regard, who they can associate with bodybuilding, then that’s great for the sport and the industry.

The same way Joe Weider, and his brother Ben, put bodybuilding on the map, Arnold is doing a great deal for the sport. To think, the first Arnold Classic was in 1989, and it’s going strong today!! It includes pretty much every sport known to man, the prize money is fantastic, and when it comes to Columbus, OH, bodybuilding is king. The event is also all over the world, as well.

When the mainstream sees what Arnold has done – and continues to do – that raises bodybuilding’s profile. When elected officials see how much money companies in the fitness industry generate, how much money they pay in taxes, how most companies are U.S.-based and how many jobs they offer (to their constituents), that too changes how they look at the sport and the people who live it.

So yes, this article is all about a bike ride, and it’s about Arnold going to Gold’s Gym to prank the staff, and it’s about Arnold doing podcasts, taking photos, and promoting his contests and others. In a very real way, Arnold is continuing on with the vision of Joe Weider; he’s really motivating athletes and he’s growing the sport like no other.